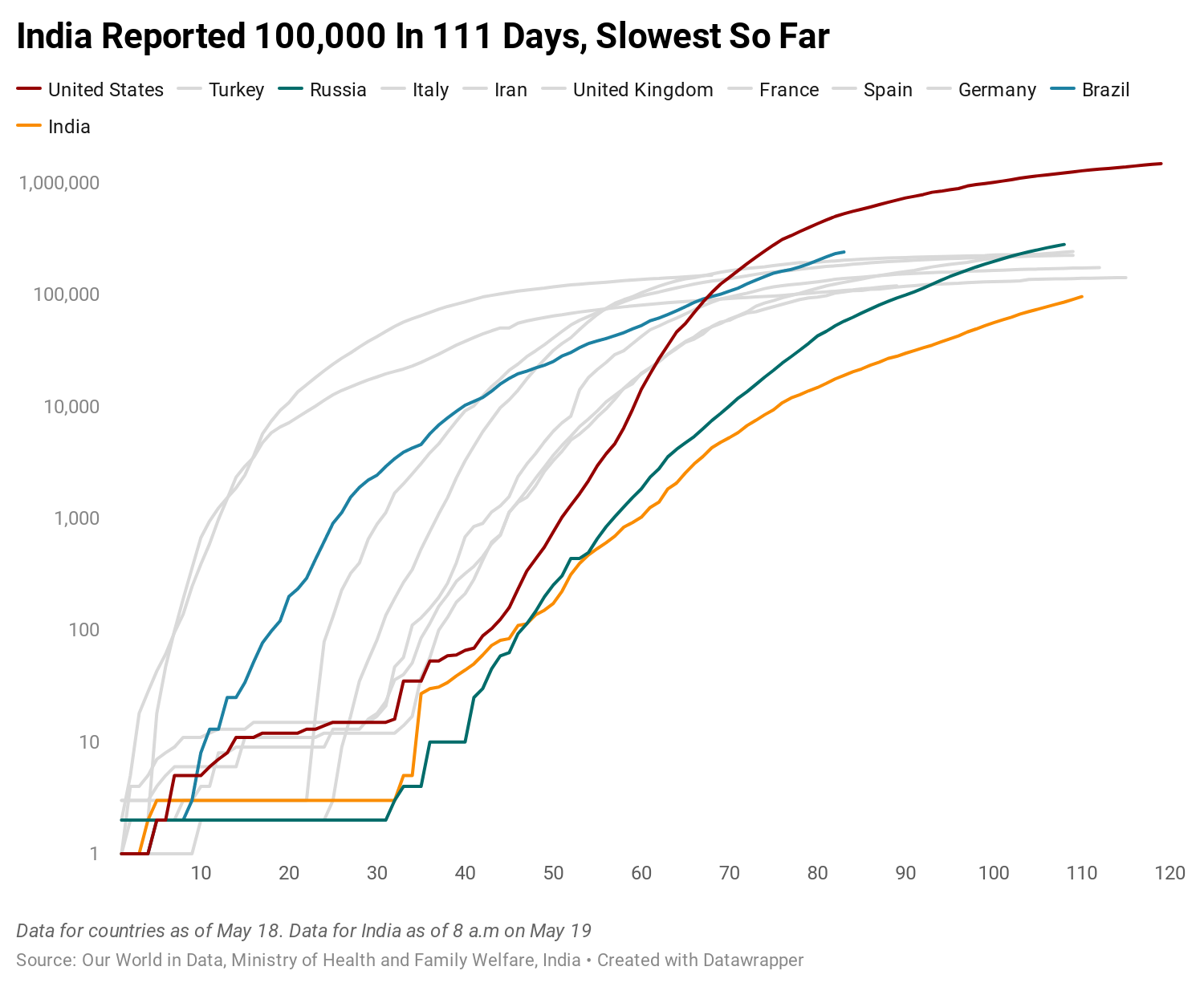 Among the 11 countries with more than 100,000 cases, new cases being reported have decreased in six (United Kingdom, Spain, Italy, France, Germany and Turkey). In Iran, cases are increasing again after a dip. In Brazil and India, a higher number of new cases are being reported.

“Countries that move too fast, without putting in place the public health architecture to detect and suppress transmission, run a real risk of handicapping their own recovery,” said Tedros Ghebreyesus, director-general of the World Health Organization (WHO), at the World Health Assembly on May 18. 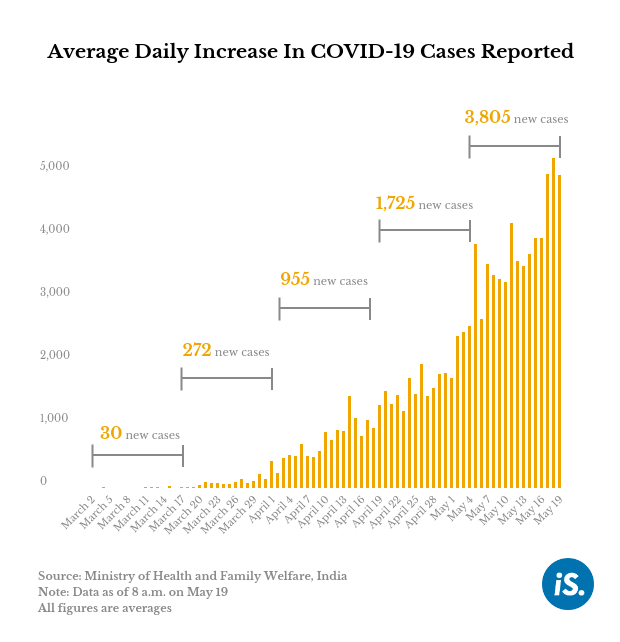 India had reported its first case, a Wuhan returnee, in Kerala on January 30, the same day the WHO declared a global health emergency. There were fewer than 100 cases and no deaths outside China at the time. It took India 60 days to report its first 1,000 cases, and 99 days to report 50,000 cases by May 7.

Over the course of 111 days, India has revised its testing strategy for the fifth time yesterday and revised its discharge policy on May 8, allowing patients with mild and moderate symptoms not to be tested before discharge and for severely ill patients to be tested only once. Since May 9, a day after the announcement of the new discharge policy, India has reported more than 22,000 recoveries, at an average of 2,058 new recoveries daily.

Although India has reported a low fatality rate, at least 100 patients in the country have died every day in the last week.

Maharashtra alone has reported more than one-third of all cases and nearly 40% of deaths in India, of which the financial capital of Mumbai is the worst hit with 21,152 cases and 757 deaths of patients. 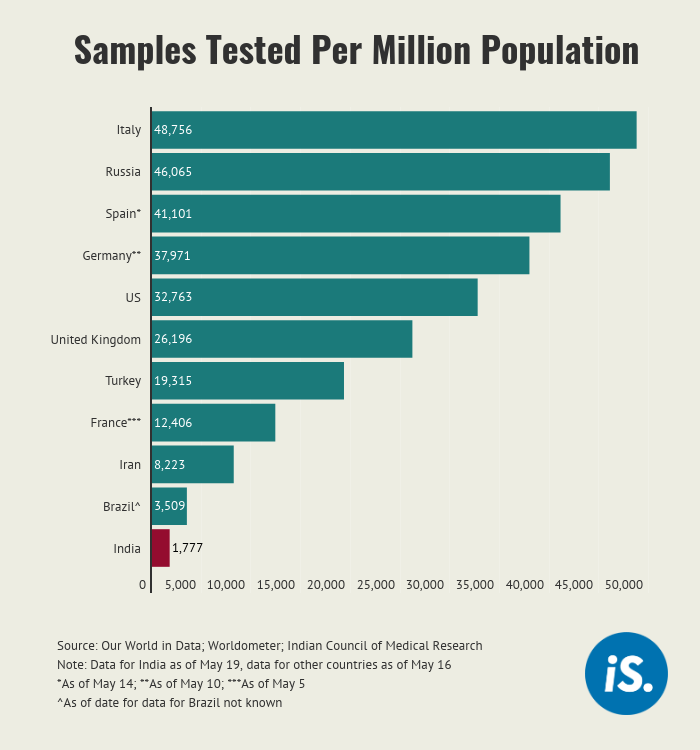 Brazil, which has tested the least after India, has tested nearly twice (3,509) as many samples per million for its 209.5 million population. India’s other BRICS counterpart, Russia, has one of the highest testing rates at 46,065 per million.

(Shreya Raman is a data analyst and Paliath is a policy analyst.)