Mumbai: Of all the concluded COVID-19 cases in India thus far, 91% of the patients have recovered, while 9% have died.

IndiaSpend analysed the proportion of recoveries to deaths, called the outcome ratio, for 20 states which have had more than 100 cases. Countrywide, for every patient who is reported to have died of COVID-19, the figure for recovered patients would be 10.5, data show.

In Kerala, where only 11.6% of the cases are active, among concluded cases, 99% of patients have been discharged and about 1% (4) have died. That is, nearly 123 patients have recovered for every patient who died.

Five states have had worse outcome ratios than the national outcome ratio, our analysis showed. West Bengal had the lowest ratio--3.6 patients have recovered for every patient who died--followed by Maharashtra (5.9 recoveries per death), Gujarat (6.4), Punjab (7) and Madhya Pradesh (9.2).

In West Bengal, 22% of concluded cases have resulted in deaths; countrywide, the figure is less than half, at 9%. 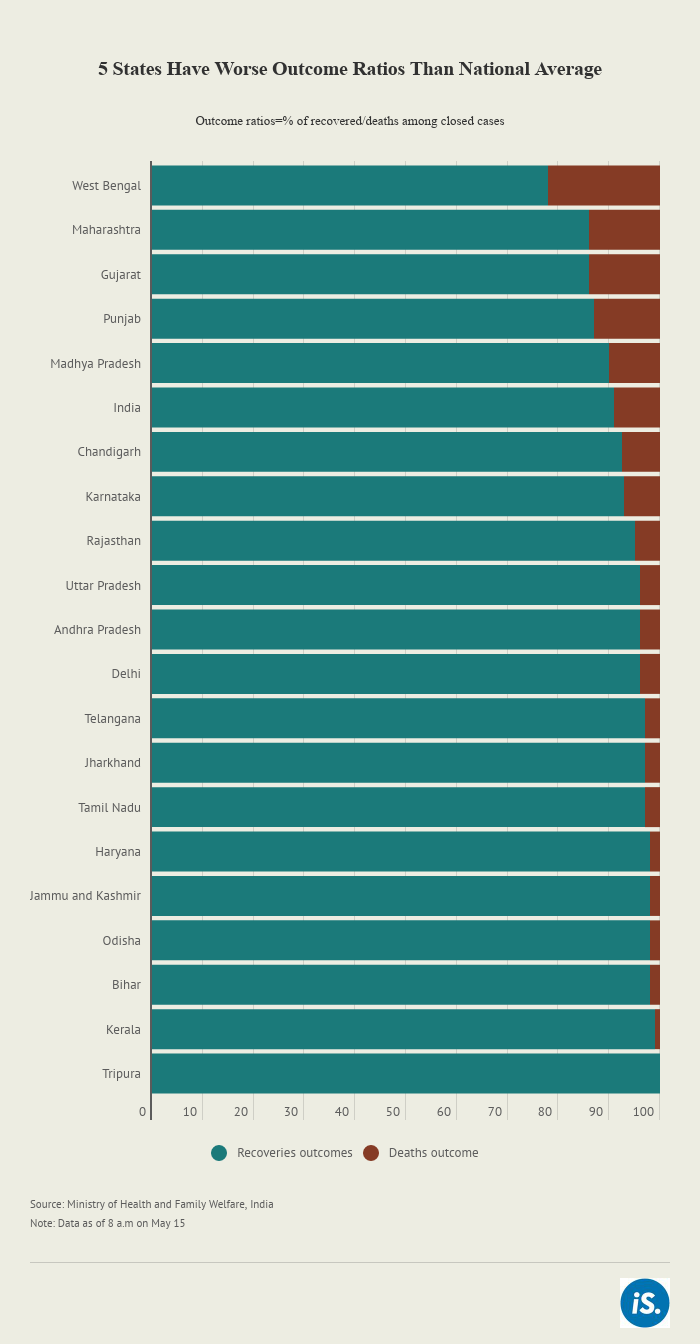 As more active cases reach an outcome, these ratios will change.

Among states with 100 or more COVID-19 cases that IndiaSpend analysed, Tripura has reported no deaths. However, 81.4% of the 156 cases detected in the state are active and hence, yet to reach an outcome. 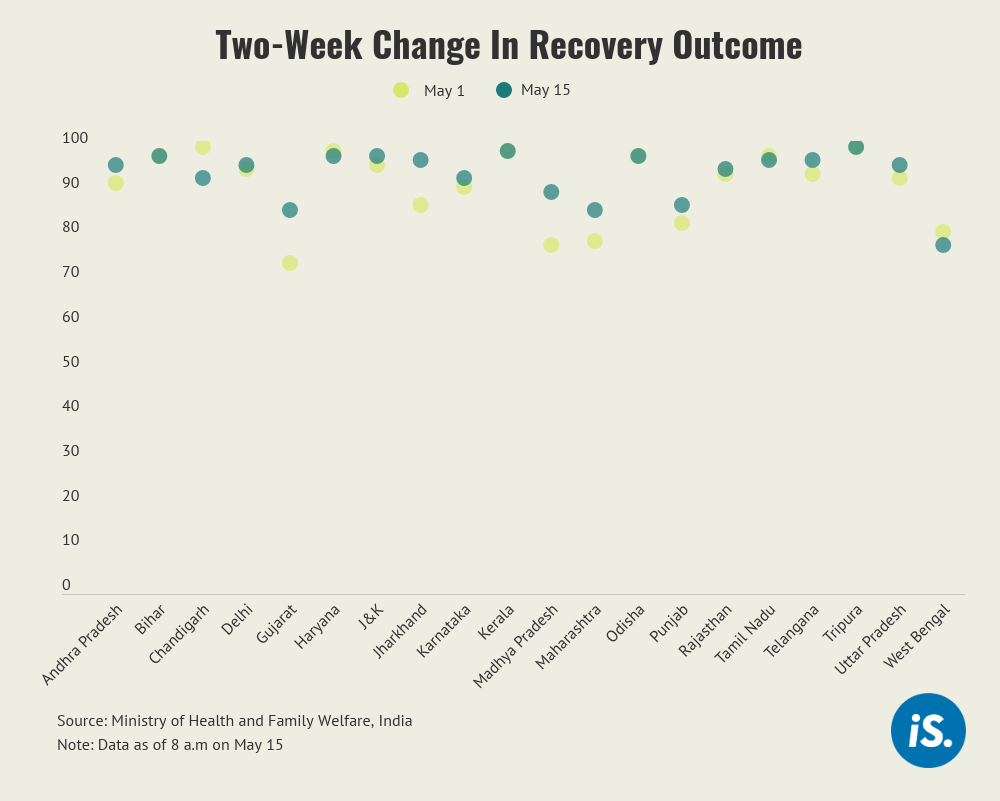 Two weeks ago, Gujarat had the worst outcome ratio, with 26% of its concluded cases resulting in deaths. Since then, the state has seen a 12-percentage-point increase in recoveries as a proportion of concluded cases. So has Madhya Pradesh. Jharkhand has seen its recovery outcome increase from 87% of concluded cases to 97% in the same period.

West Bengal, in contrast, has seen a dip in recoveries from 81% to 78% of concluded cases, indicating that more patients are dying, compared to earlier. Chandigarh has reported the highest decrease (8 percentage points) over two weeks. The ratio has dipped marginally (1 percentage point) in Tamil Nadu and Haryana. 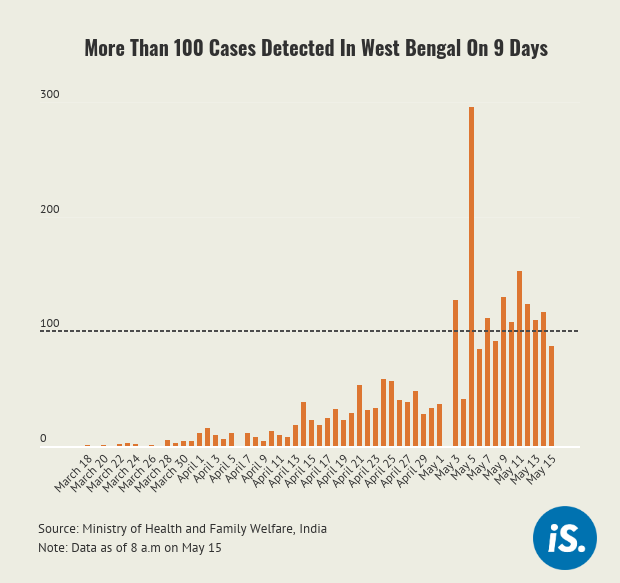 After the health ministry revised its hospital discharge policy on May 8, allowing that COVID-19 patients with mild and moderate symptoms need not be tested before discharge, and requiring severely ill patients to be tested only once after clinical recovery to be discharged, India could record more ‘recoveries’ in the days ahead. Its outcome ratio may consequently improve.

(Shreya Raman is a data analyst with IndiaSpend)