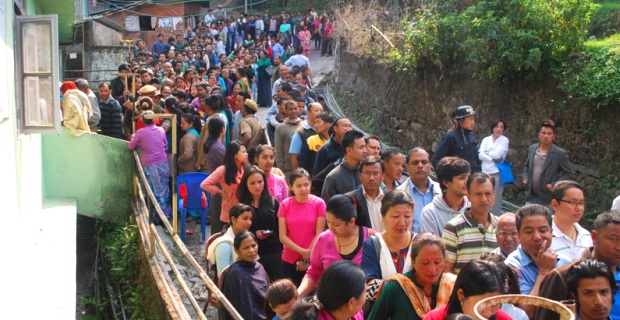 In one of our pre-election reports, we looked at 20 most rural and urban constituencies to understand voting patterns.

We also looked at the difference in percentage points in the highest and lowest rural and urban voter participation.

The table below shows the increase in voter turnout in the constituencies that are represented by the most rural and most urban populations of India between 2009 and 2014. 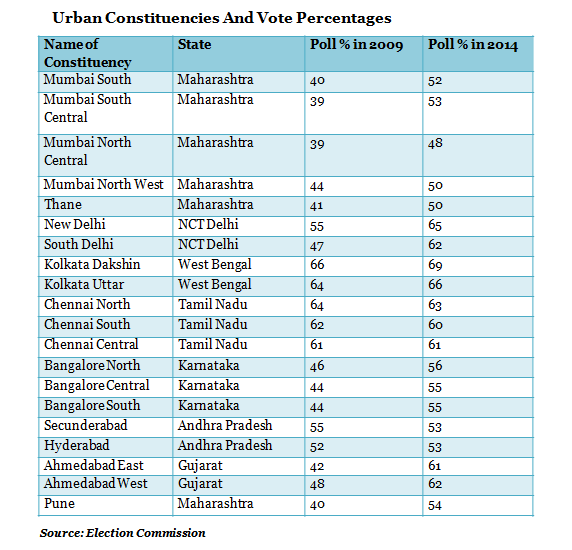 However, there was an overall improvement in turnout across all constituencies in the recent Lok Sabha elections.The worst constituencies among the metropolitan cities were Mumbai- South Central and North Central - both with 39% turnout in 2009. These improved to 53% and 48%, respectively, in the 2014 elections. But 48% is still the lowest participation by voters among all the big cities.

There was a gap of 17 percentage points between the highest rural and urban voter turnout rates in 2009. In 2014, this gap was reduced to 15 percentage points- not a very significant improvement.

Urban areas are defined as follows:

(a) all places with a Municipality, Corporation or Cantonment or Notified Town Area

(b) all other places which satisfied the following criteria:

(ii) at least 75% of the male working population was non-agricultural.

Any area that fits in these criteria is “urban”, and if it does not fit in the definition, it is “rural”. So, occupational engagement of the population and living under a municipality are the main factors separating rural from urban population.

As per the 2011 Census, for the first time in independent India, urban population increased more in absolute numbers. The process of urbanisation has been faster in the last decade, which has led to an increase in people living in cities. This growth of urban population canbe attributed to migration of populationto cities/towns for better life and more employment opportunities. Now, if they get down to voting too.