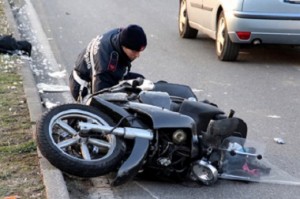 Can public transport save lives? The question is important because with 138,258 deaths in 2012, India leads the world in road accident fatalities. This is only partly due to our large population. China, which used to lead the field till some years back, has been able to significantly bring down deaths due to road accidents, at least going by official statistics. Meanwhile, India’s toll continues to rise.

IndiaSpend had earlier looked at vehicle ownership rates across large Indian cities and found that better public transport corresponds to fewer two-wheelers – the cheapest mode of transport. This time, we try and look at another statistic – deaths on the road.

Delhi had the maximum number of deaths due to road accidents followed by Chennai and Bangalore. Mumbai, which is much larger, has far fewer deaths on the road compared to any of these cities.

Similarly, Ahmedabad has almost four times as many people as Ludhiana but sees fewer deaths on the road. What could be the reason for this? While there can be multiple factors, including speed of traffic, kind of vehicles etc, one conclusion is that the number of vehicles on the roads have a very direct bearing on the number and severity of traffic accidents.

A comparison of road fatalities per 100,000 people shows the picture more clearly. Mumbai, followed by Ahmedabad, seem to have the safest roads in the country among the large cities and mini-metros. In contrast, Indore, Lucknow and Ludhiana are the deadliest. (IndiaSpend had reported on this earlier also).

While we are not sure about the reason, fewer vehicles do seem to be leading to safer roads. Perhaps this could give planners one more reason to pitch for public transport, in case reducing environmental pollution and road congestion weren’t good enough reasons already.

In Mumbai’s case, however, the safety record doesn’t look as good if the hundreds of deaths that take place on local trains are factored in – people get hurt or killed while boarding trains, they fall off overcrowded trains and they get killed while crossing tracks. More than 2,000 people die in Mumbai every year crossing railway tracks.

Media reports suggest the death toll exceeds 3,000 if deaths from other causes such as falling off overcrowded trains and other accidents are counted. Most of these deaths can be avoided with simple steps such as closing doors on trains and foot overbridges to cross rail tracks. Delhi metro has seen a total of 46 fatalities in past three and a half years.

A few disclaimers are in order here. We have looked just at two-wheelers because they are the most numerous vehicles on roads, and also the deadliest for the rider/passenger in case of an accident.

They also happen to be the cheapest mode of getting from point A to B across almost all of India. Secondly, we are not discounting other factors such as traffic speed, condition of roads, effectiveness of traffic police etc. in our analysis. We don’t have any numbers to compare those metrics, so we have left them out. Single factors only explain part of the differences, and a more detailed analysis will be needed to understand the impact of other factors.