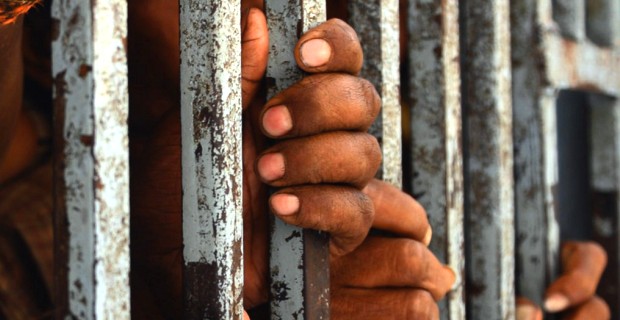 * 73% of unnatural deaths in Indian prisons are due to suicides

* Karnataka has the highest percentage of suicides in prisons; 97%

The brutal death of an Indian inmate Sarabjit Singh at the Kot Lakhpat Jail in Lahore and a subsequent attack on Pakistani inmate Sanaullah Haq at the Kot Balwal Jail in Jammu brought the issue of custodial deaths to the fore. 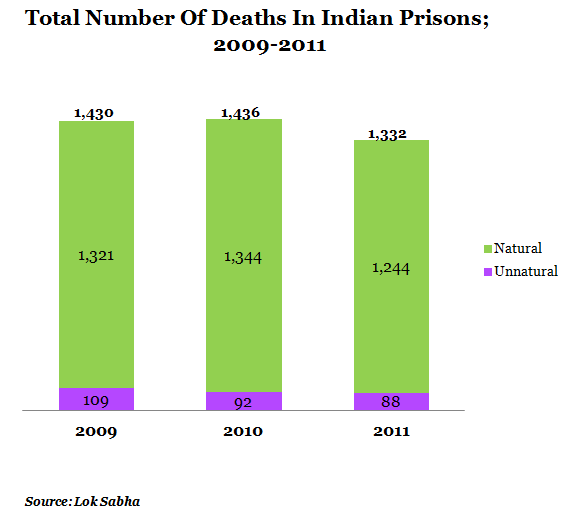 Here’s a look at the top 4 states with highest unnatural deaths: 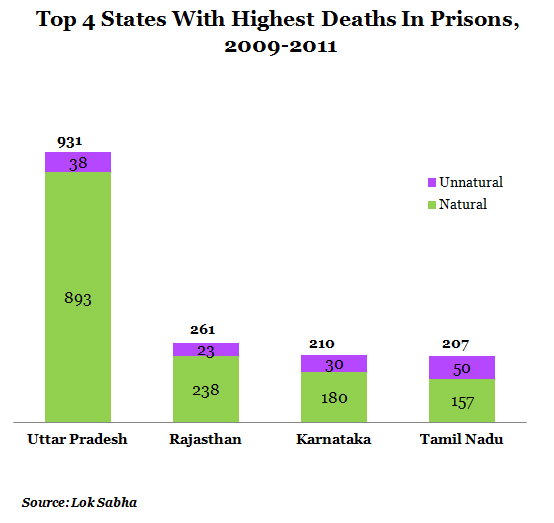 Tamil Nadu accounts for the highest number of unnatural inmate deaths every year. Moreover, Tamil Nadu, Uttar Pradesh and Rajasthan feature in the list every year. The following figures give us an idea of the number of suicides from 2009 to 2011 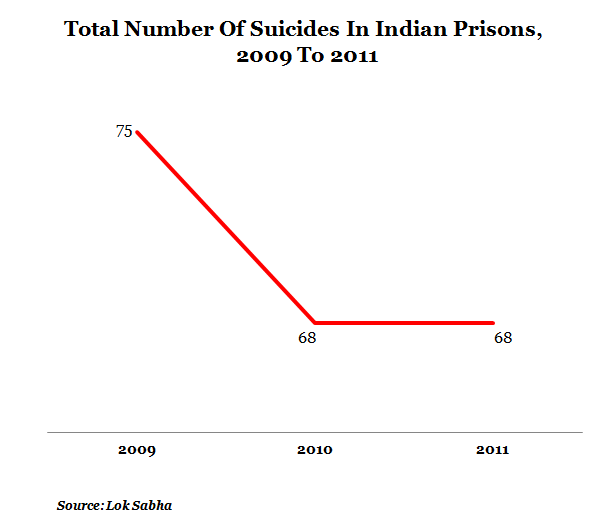 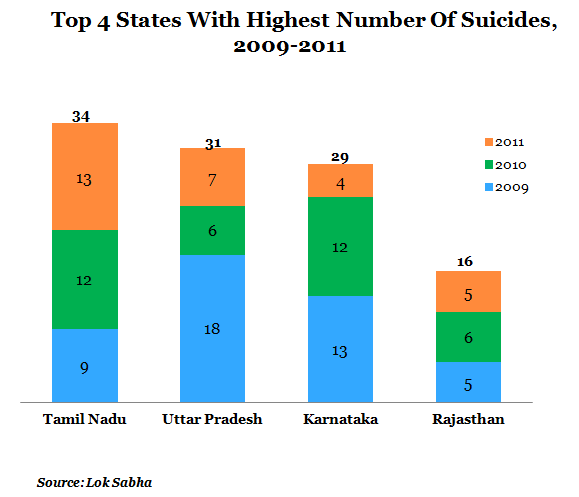 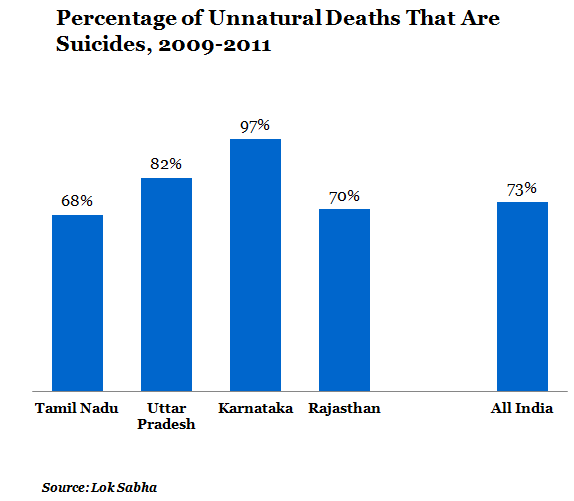