New Delhi and Jaipur: The image of a tribal who carried the corpse of his dead wife for 12 km after a local government hospital refused him transport made headlines nationwide in 2016.

On August 25, 2016, with his weeping daughter walking beside him, daily wage worker Dana Manjhi of Odisha’s Kalahandi district carried his wife’s body, covered in blue--she died of tuberculosis--to their house, even though the state has a programme that allows free transport of bodies to homes.

Could Manjhi have sued the government? In the current system, that appears unlikely. But it could be possible if a much-discussed right to healthcare becomes reality.

India, the world’s second-most populous nation and its sixth-largest economy spends less on healthcare than poorer nations, retarding growth. In 2011-12, 55 million Indians were pushed into poverty because of “out-of-pocket” expenditure--health-related bills they must pay themselves. More than half (51%) of our population seeks care in private sector because the public-healthcare system is overwhelmed and delivers poor care.

Yet, more expensive care does not lead to better health outcomes, with 1.6 million Indians dying due to poor quality of healthcare. India ranked 145 out of 195 on 2018 global healthcare quality and access index.

But there are indications healthcare is becoming a political issue.

Opposition parties are also talking about healthcare.The Indian National Congress’ manifesto, released in April 2019, promised to double public spending on health to 3% of gross domestic product (GDP) by 2023-24. Further, it promised a right-to-healthcare act, which could provide “each citizen the right to healthcare services, including free diagnostics, outpatient care, medicines and hospitalisation through a network of public hospitals and enlisted private hospitals”.

In our manifesto, we are considering a Right to Healthcare Act, where we guarantee certain minimum healthcare to all Indians, increasing our expenditure to about 3% of GDP and increasing the number of healthcare professionals: Congress President @RahulGandhi #HealthcareForAll pic.twitter.com/v80MpIWUGd

The manifesto of the Communist Party of India (Marxist), or CPI-M, also promised similar changes: increasing health spending to 3.5% of the GDP in the “short term” and up to 5% in the “long term” and making “free health justiciable through legislation both in the centre and the states level”.

Both manifestoes talk of implementing the clinical establishment act to regulate public and private health sector and while the Congress said an insurance model is not the right way to universalise healthcare, the CPI(M) said it will scrap Ayushman Bharat because it is based “on a flawed insurance model”.

“The main change that a right-to-healthcare act will bring is a clear set of entitlements for patients,” said Abhay Shukla, senior programme coordinator, Sathi, a nonprofit, and one of the organisers of Jan Swasthya Abhiyan, a network of organisations working on health.

A right to healthcare will ensure free diagnostics, medicines, grievance redressal, allow output to be measured and provide a set of basic services within the healthcare system, said experts.

“Now, when a patient goes to the public-health system, she is not sure of the kind of services that she will receive,” said Shukla, who has worked on a right-to-healthcare legislation since 2004. “Will a caesarean section be conducted in the community health centre? Will medicines will be provided free of charge?”

A right to healthcare is also a step towards universal healthcare, imbued with a “progressive realisation” that a country’s “health trajectory should be upwards” and comprehensive, said Chandrakant Lahariya, a New-Delhi-based public health and policy specialist. The details need not be made clear now for fear of making it prematurely restrictive and narrow, he said.

India’s government spending on health is 1.18% of GDP and additional funds can be spent on a variety of issues, including filling vacancies and adding staff; buying supplies (medicines and diagnostics) for non-communicable diseases, said Lahariya.

“Yet, spending more would be challenging unless this system starts delivering,” said Lahariya. “Let’s be aware that it took nearly 13 years for Thailand to increase government spending from 1.5% of GDP to 3.0% of GDP.”

Rajasthan may set the trend

When the Congress fought the Rajasthan assembly elections in December 2018, it promised a right to healthcare, including free diagnosis, treatment and medicines. After taking office, chief minister Ashok Gehlot reiterated that promise in March 2019 and said his state would soon bring in such a legislation.

In 2011, in a previous term as chief minister, Gehlot started a programme that provided free medicines--606 essential and life-saving drugs, 137 surgical items and 77 kinds of sutures--to patients seeking care in government hospitals.

Medicines account for 72% of healthcare costs in rural and 68% in urban areas in “non-hospital treatment”, according to 2016 government data, the latest available.

The free-medicines programme attracted wide recognition, including from the World Health Organization. Patients at government health facilities increased 81% to 8 million over four years to 2016, as IndiaSpend reported in June 2018. Out-patient consultations increased 2.6 times and hospitalised patients 1.5 times over this period.

The free-medicine programme also helped rationalise prescription--i.e. remove inappropriate prescription practices, according to a 2013 study by the Public Health Foundation of India, an advocacy, and Prayas a nonprofit.

‘Give us some time to get it ready’

It isn’t clear though when Rajasthan’s right-to-healthcare law will be ready.

“The constitution took two years, 11 months and 17 days, this bill is almost like the constitution to draft,” said Samit Sharma, a special secretary at Rajasthan’s medical health and family welfare department and the official who implemented the free medicine scheme. “Give us some time to get it ready.”

Although he did not go into details, Sharma said the right-to-healthcare bill will provide a minimum assurance of services.

For example, he explained, government healthcare sub-centres will, under law, remain open between 8 am and 2 pm, and there will be an auxiliary nurse midwife at every such sub-centre.

Improvement in health infrastructure alone cannot guarantee better healthcare, said Sharma, but it can ensure better delivery of services, which the current system does not measure.

Meanwhile, the nonprofit Prayas, which was involved in pushing for the right-to-healthcare bill in Rajasthan, has released the first draft, a result of consultations with various civil society groups and the government.

“We are sure that the right-to-healthcare act will come in Rajasthan; we have to see in what form it does,” said Chhaya Pachauli, Prayas’ senior program coordinator leading the engagement with government. “We understand that it will take time. In case of medicines you just have to set up a system for procurement and supply but the act is about everything: human resources, infrastructure and access.” 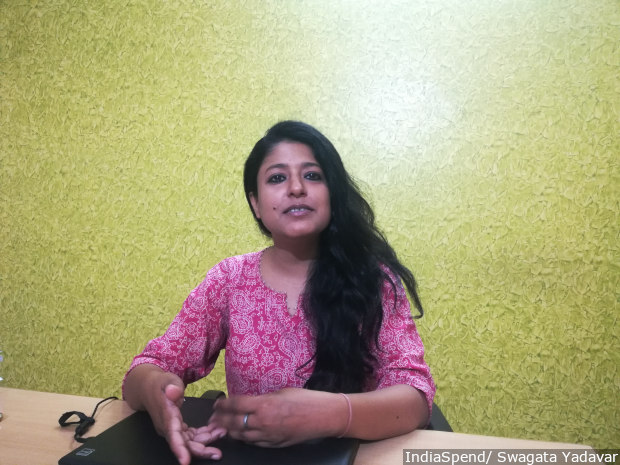 Chhaya Pachauli, senior program coordinator of the non-profit Prayas, who has been leading the engagement with Rajasthan government said they are sure that the right to healthcare act will come in Rajasthan, “We have to see in what form”.

She said that while a right-to-healthcare law should cover related issues, such as housing and sanitation, the current focus is on healthcare, the curative and preventive aspects.

“Already Rajasthan is doing better than many states, even Maharashtra (which is richer and considered more advanced), when it comes to public-health spending,” said Pachauli. “We have to convince the government that this move not be as much as a burden as they expect.”

The draft also puts the responsibility for healthcare on a wide range of officials. “Currently, when any incident happens, the frontline health worker is blamed and suspended,” said Pachauli. “But when the act comes, even the senior most officer will be held responsible.”

While United Nations (UN) members have universally recognised health as a right in international agreements, not many have recognised it as a right nationally.

Some of the best examples of good healthcare systems are in countries that provide universal healthcare, such as Thailand, Singapore and China.

“There is much evidence of the big contributions that UHC (universal healthcare) can make in advancing the lives of people, and also in enhancing economic and social opportunities--including facilitating the possibility of sustained economic growth,” Amartya Sen wrote in a 2015 issue of the Harvard Public Health Review.

A UHC, Sen argued, afforded primary healthcare, reducing or elimination expensive treatment later and yielded “rich dividends”, as Kerala witnessed after adopting universalising healthcare in the 1970s and now has some of the world’s best health indicators.

This story was first published here on HealthCheck.