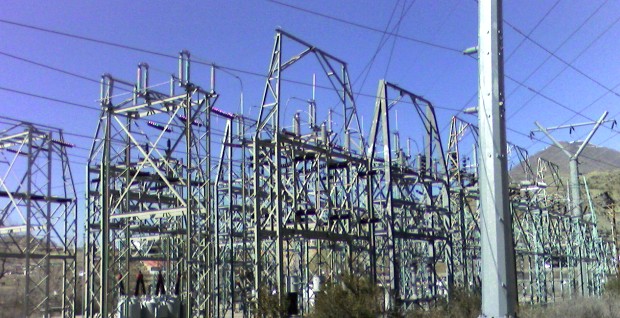 How much should I pay for the electricity I consume? And how much of my bill is linked to the cost of power, generating and distributing it?

This is a question that has been raging in Delhi for weeks now, particularly after the incoming Government, led by the Aam Aadmi Party, said it would slash power bills as it promised before getting elected.

But IndiaSpend’s effort to go head by head across balance sheets, is pointing in new directions. For starters, no one is asking why states like Rajasthan and Bihar have such huge losses and manpower costs? And what is being done about it.

A week ago, we looked at the power pricing and the profits made by Delhi discoms (distribution companies in industry jargon) and the cost of power.

Now, we look at one important head, which is manpower cost, something that can be controlled by the power companies, unlike other costs which they cannot.

Incidentally, on that measure, the three Delhi utilities seem to be among the better performers in India, and there seems to be limited scope for bringing these costs down. Incidentally, the best performing distribution utilities – from the financial and efficiency angles – are from Gujarat.

For the three Delhi utilities – BSES Rajdhani, BSES Yamuna and NDPL - the employee cost works out to 21 paisa, 25 paisa and 29 paisa per unit, according to a study by Power Finance Corporation.

During 2011-12, the total cost of power for the three utilities ranged from Rs 5.02-5.79/unit. Clearly, even if these companies can reduce manpower costs, the impact on the final bill will be very limited. The other question is - how do these utilities compare with other large distribution companies? Not too badly, it seems.

Indiaspend looked at the financial performance of 40 power distribution utilities which sell power to end consumers. We picked up only pure distribution companies, and utilities that had a mix of generation/transmission assets were ignored.

So, how does Delhi stack up on this measure? For these 40 companies, the median manpower cost/unit works out to 30 paisa/unit – higher than the value for all the three Delhi companies. The poor performers on this front include Bihar, Assam and Rajasthan. In the case of Assam, the manpower cost for APDCL adds up to a whopping 77 paisa/unit closely followed by Bihar.

The discoms of two states seem to be doing much better than Delhi on this parameter. The three distribution companies in Gujarat have a manpower cost of just 11-13 paisa/unit – almost half of the Delhi values.

The biggest surprise, however, is Uttar Pradesh. One of the distribution companies in the state, UPPCL, has a manpower cost of just 2 paisa/unit. Two other companies have a cost of 8 paisa and 9 paisa, respectively.

So, does it mean U.P. has the most efficient power distribution system in India? No, if we look at some other numbers as well. All the six distribution companies in U.P. have heavy accumulated losses with UPPCL topping the scale with Rs 31,393 crore at the end of FY12! Clearly, low manpower costs are not because of efficiency but because the utility isn’t adequately staffed. Or properly run for that matter.

Unlike their counterparts in U.P., the Gujarat utilities have a positive networth and accumulated profits (albeit small). This is a common feature they share with the three Delhi distribution companies.

Of the 40 utilities we looked at, just 10 had accumulated profits of relatively smaller amounts while the other 30 have run into massive losses ranging from a few hundred crore to tens of thousands of crore rupees.