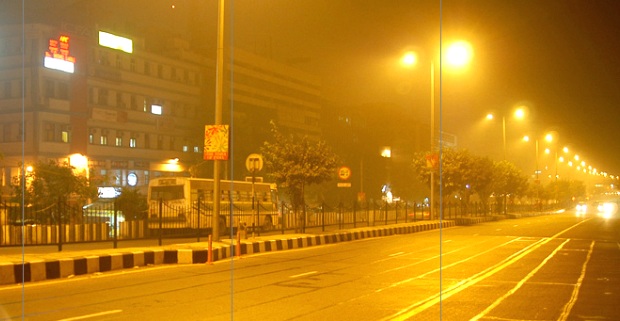 The ‘power’ price issue in Delhi just refuses to go away. The past few days have seen three major developments –distribution companies indicating the possibility of power cuts, the Delhi Government threatening to scrap their licenses, and the regulator allowing the utilities to hike prices.

Pre-elections, it was the ruling Aam Aadmi Party (AAP) which was talking about high power tariffs. Now, it is the opposition Bharatiya Janata Party (BJP) which is protesting against the proposed hike. While all this makes for wonderful political theatre, a look at numbers suggest that there is very limited – if at all – scope for reducing electricity rates in Delhi.

IndiaSpend looked at various power sector metrics – prices charged by distribution companies, cost of power they incur, profits that these firms make and the overall state of the power sector.

The numbers indicate that two of the three utilities – BSES Rajdhani and BSES Yamuna – have net profit margins averaging 3.6% and 2.3% from FY10 to FY12. In these two cases, even if the entire profit before tax is cut to zero and is given back to consumers as rebate on prices, the impact would be marginal.

As per an analysis by Government-owned Power Finance Corporation (PFC), the profit margin of these two utilities is 9 paisa/unit and 4 paisa/unit, respectively. NDPL, which is 51% owned by Tata Power, has much better profitability over the periodwith margins averaging 7.64%. NDPL also has a better operating margin at 44 paisa/unit.

Technically, some of this money could be lopped off the bill but it is not quite clear what incentive the distribution companies will have to manage their business wellin the absence of profit.

One factor that has led to Delhi power prices not keeping pace with costs is cited to be the reduced AT&C losses i.e. technical losses and power theft. This figure stood at 57% in 2003 – meaning out of 100 units supplied by the utilities, 57 units were stolen or were technical losses. Now, it stands at 17%, according to BSES.

Of course, there is the dramatic possibility that these companies may be padding up the costs to show artificially low profits to gyp customers but that brings up a whole new set of issues altogether. For starters, a criminal case for falsifying accounts. If such irregularities are there, the Government auditor, Comptroller & Auditor General (CAG), would be sure to unearth them and recommend appropriate action. It is not something we are qualified to comment on.

The second factor to consider is the cost of power. The Delhi distribution companies don’t generate any power by themselves. They purchase power from dedicated generation companies like NTPC and other state/privately owned players and resell it to the consumer. Again, we looked at some aggregate numbers. PFC checked the accounts and physical performance of 90 power generation/distribution utilities across the country. A vast majority of these generation and distribution companies are owned by state/central Governments.

As per the PFC analysis, the cost of power for all utilities across India stood at Rs 4.39/unit in FY12. For Delhi utilities, it ranged from Rs 5.02/unit to Rs 5.79/unit, a not insignificant difference. One reason why the cost is higher for Delhi-based companies is that they have to purchase all the power they sell unlike many of the state utilities which also have generation arms.

Second, power prices in Delhi may also be higher because the capital offers uninterrupted supply without fluctuations. A quick backgrounder: in any power supply system, there are two kinds of loads – base load and peak load. Base load is the power demand that is expected to sustain all 24 hours in a day. This can be fulfilled by using relatively cheaper coal-based power plants which run on cheaper fuel but also take a long time to start/stop.

On the other hand, power demand tends to spike at certain times during the day – say at noon-time or when industries start operation. This demand is met through ‘peak-load’ power plants, which run on liquid fuel or natural gas and can be quickly started/stopped. Gas/liquid fuel is more expensive compared to coal.

For a city like Delhi – which has not been seeing power cuts – utilities have to purchase peak load power from such plants at higher rates. This could be one factor for the higher cost of power cited by the Delhi utilities. However, for more clarity on this aspect, we need to wait for a detailed report by the auditor. We will be looking at manpower expenses of utilities across the states next week and see whether there is any scope in reducing costs.