COVID-19 testing: Higher positivity ratio in states with most cases

Only one in 24 COVID-19 samples in India are testing positive, the Indian Council of Medical Research (ICMR) said on April 16. The council, which is leading India’s testing efforts for COVID-19, compared these figures with Japan’s, which has a positive sample for every 11.7 tests, to say that India is testing an adequate number of samples.

IndiaSpend analysed testing data from 23 states and union territories and found that the four with the most COVID-19 cases have a higher percentage of positive samples. Delhi, which has the second highest number of cases in the country, has a positivity ratio similar to Japan’s--one in 12 samples in Delhi, as against Japan’s one in 11.7.

These states are also reporting a higher positivity ratio than the national average of 4.4%--one in every 12 samples in Delhi, as we said; one in 16 in Madhya Pradesh; one in 18 in Maharashtra; and one in 19 in Gujarat. Tamil Nadu, which had the highest (13%) rate of positive samples 10 days ago, has fewer now at 3.9%, just below the national average.

Jammu and Kashmir, which has 341 cases, also has a higher percentage of positive samples than the national average. 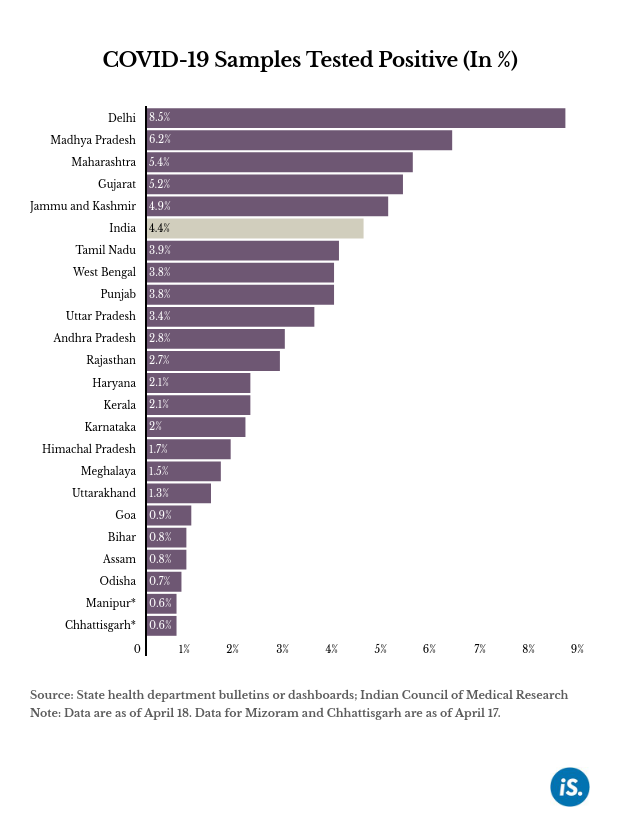 Over the last 10 days, more samples are testing positive in India every day. On April 18, 35,494 tests were conducted, of which 2,154 (6.07%) had tested positive. This is the highest since April 3 when ICMR started publishing data for daily testing samples. 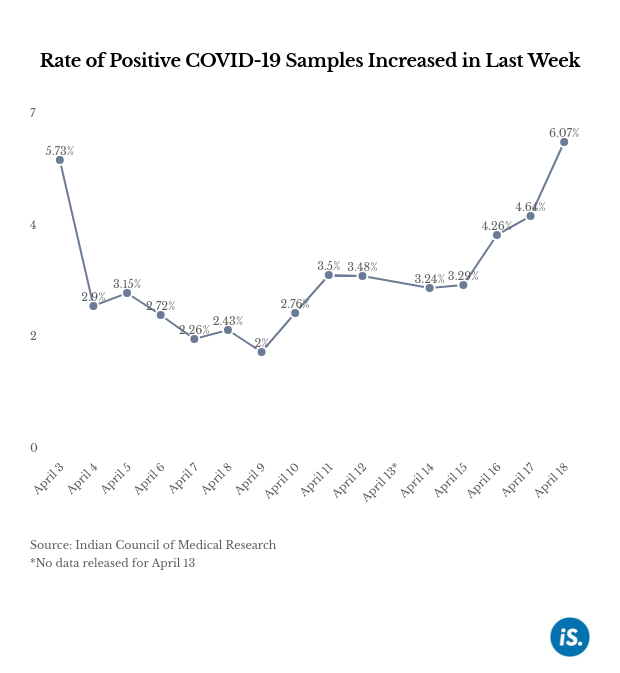 The number of days since the first case was reported in states that are testing more is between 42 and 49. 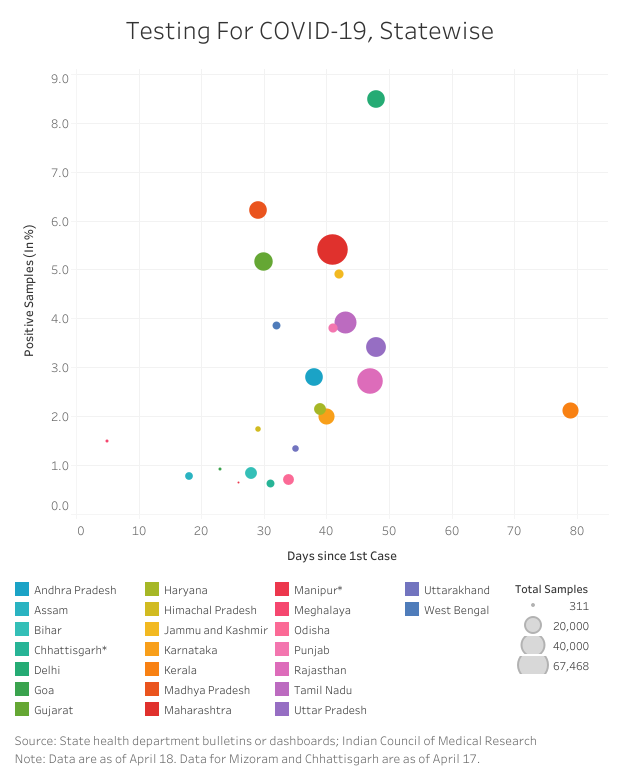 Kerala, which reported the first case in India, on January 30, has a testing ratio half of India’s--in the 81 days since its first case was reported, the state has conducted 18,774 tests. The state reported a spike in cases early on, and its active cases have declined from 267 on April 7 to 140 today. It is the only state with more than 100 cases to have fewer active cases than recovered patients. 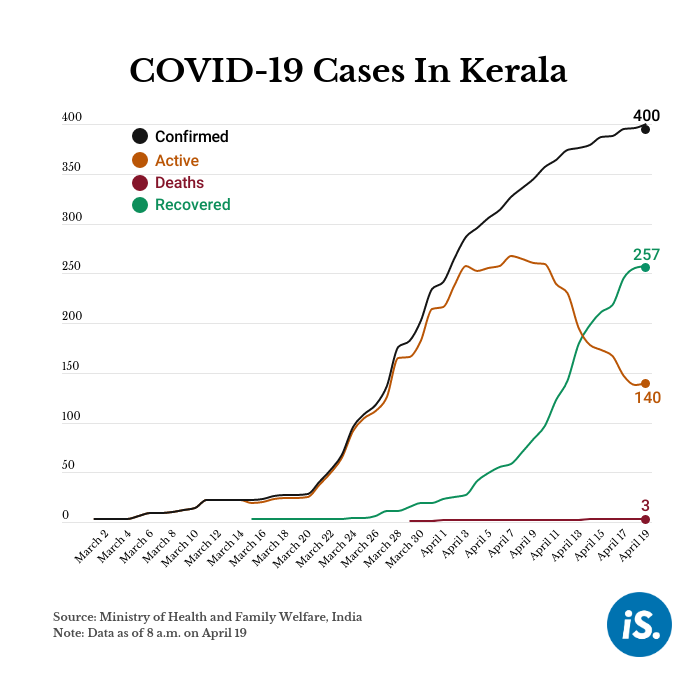 Coronavirus Monitor is tracking all confirmed cases and deaths due to COVID-19 in India, as well as patients discharged after treatment. For now, we are using updates from the ministry of health and family welfare and the ICMR.

Also on the Monitor are India's COVID-19 hotspots, district-wise cases and state trends in case detection.