Mumbai: Though the health budget of Mumbai and Delhi increased by 41% and 26%, respectively, between 2015-16 and 2017-18, there is an acute shortage of staff at hospitals and primary healthcare centres. Both governments spent more on tertiary than primary healthcare, according to reports from the Praja foundation. This generally results in an overburdened health system, which is also reflected in the ongoing COVID-19 pandemic, experts said.

In 2017-18, the Brihanmumbai Municipal Corporation (BMC) spent 78% of its Rs 3,312 crore health budget, about the same proportion it spent in 2015-16, the series of reports on the state of health in Mumbai by the Praja Foundation, a Mumbai-based nonprofit found.

"Often money spent is a good barometer of how the health department is doing; however money spent cannot be the exact barometer to understand the underlying health issues in municipal corporations," cautioned Milind Mhaske, director of Praja Foundation. 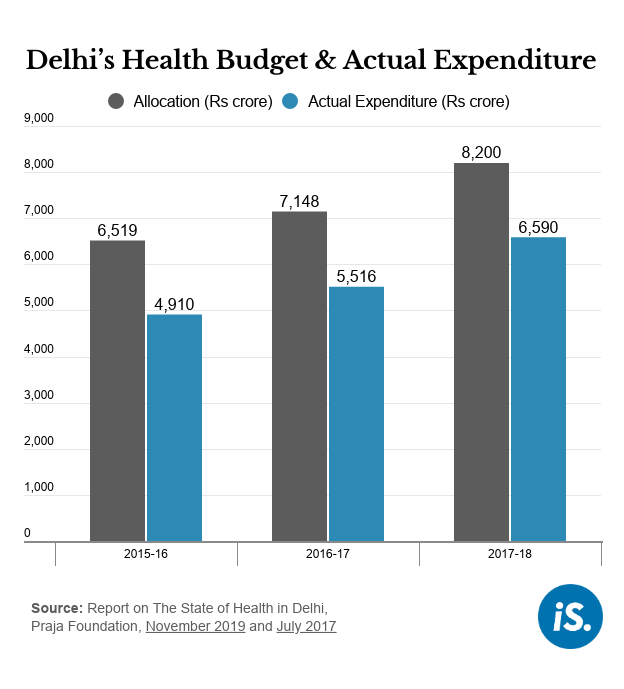 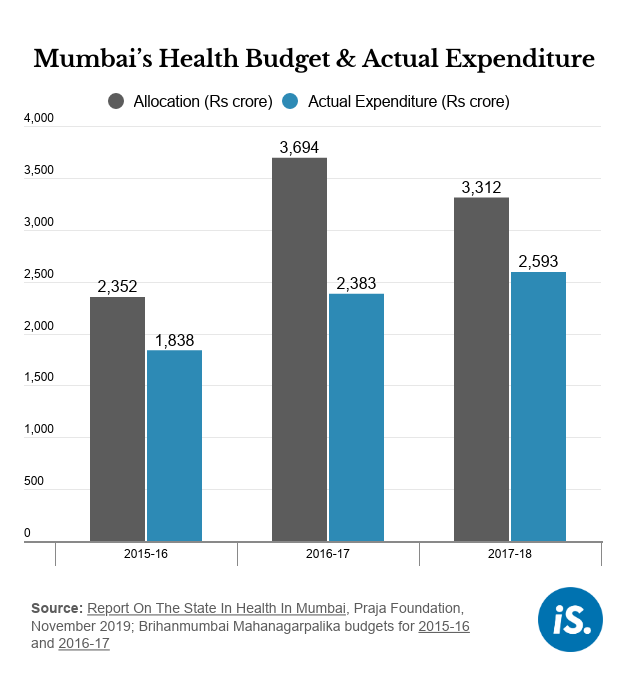 Often, more money is spent on secondary and tertiary care rather than primary care, said Mhaske. For example, in Mumbai, 74% of the health budget's revenue expenditure in 2017-18 was spent on hospitals while only 26% was on dispensaries. There is only one public dispensary for 64,468 people in Mumbai, compared to the National Urban Health Mission-prescribed ratio of one dispensary per 15,000 people, the report said.

Consequently, 76% of patients visited the outpatient departments (OPD) of government hospitals while only 24% visited dispensaries, data from 2018 show.

Similarly, in Delhi, though the state government promised to build 1,000 mohalla or community clinics in 2015 to provide quality primary healthcare, only 203 out of 1,000 clinics were functional by the end of the first term of the government in March 2019, according to a Right to Information request filed by Praja.

"Even in COVID pandemic, we can see that the basic hospitals that have been set up for the patients offer care to far more patients," Mhaske said. "Treating patients early on through primary care can make sure that fewer patients need specialised care or ICU beds."

Because of the COVID-19 pandemic, medical staff has been overburdened, working several shifts, frustrated and burned out because of the physical and psychological stress of working on the COVID-19 response, as IndiaSpend reported in June 2020.

One of the reasons for this is that even before the pandemic, in 2018, staff positions in primary and tertiary care were vacant, data show.

(Salve is a contributor with IndiaSpend.)