After Goa, Manipur is COVID-free

Manipur has become the second state to report that all its COVID-19 cases have recovered, as per the health ministry’s evening update today. Manipur had reported its first case on March 24, which had recovered on April 9. The second case reported on April 3 has now recovered too.

Goa was the first to report zero active cases this morning. 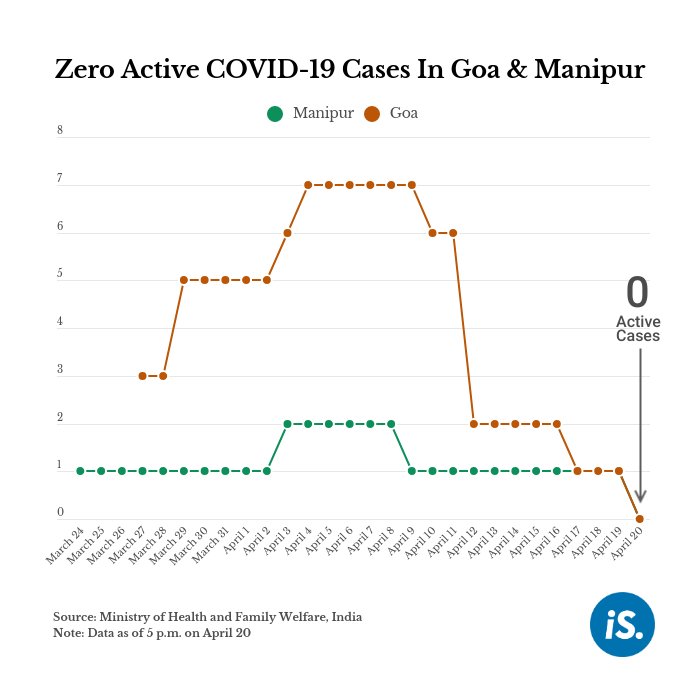 Kerala, which has 129 active cases and has detected 402, received a home ministry directive on April 19, which said it must ensure that lockdown measures are not diluted with activities such as functioning of barber shops, workshops, restaurants and book shops, among others. The state started relaxing lockdown measures today in select districts.

The Centre has also constituted six Inter-Ministerial Central Teams (IMCTs) to focus on complaints of violation of lockdown norms, on supply of essential commodities, and on social distancing, preparedness of health infrastructure, safety of health professionals and conditions in relief camps for labourers and poor people.

Two each have been formed for West Bengal and Maharashtra and one each for Madhya Pradesh and Rajasthan to make on-spot assessments and issue necessary directions to states.