Your Energy Consumption Up 46% Since 2000, Still Third Of Global Average 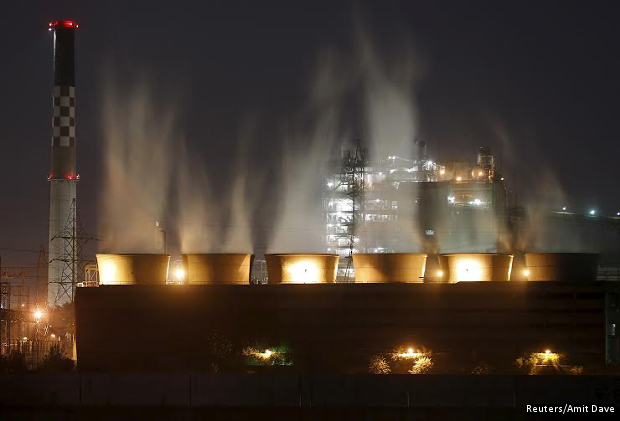 India's per capita energy consumption grew 46% over the last 14 years, but it is still a third of the global average, according to the International Energy Agency's India Energy Outlook Report 2015.

Every Indian consumed 0.61 tonne oil equivalent (toe) in 2013, while the global average was 1.9 toe, the report said.

Despite a rapid expansion of India's power system, nearly 240 million people have no electricity, and that is why India's per capita consumption is low, the report said.

The average per capita consumption of energy in India is about 900 units—60% of 15,000 units a year for developed countries.

Nearly 75% of India's energy demand is met by fossil fuels, mainly attributed to the rapid rise in coal consumption and decreasing role of bio-energy, the India Energy Outlook report said.

India's coal consumption is up by a little over 3% between April and August 2015, according to this Greenpeace report, while global coal consumption reported a fall of at least 2.3% and possibly as much as 4.6% between January and September 2015.

Coal accounted for 44% of India's primary energy demand, as coal-fired power generation grew, as did the use of coking coal in steel industries in 2013.

India is the world's third-largest emitter of greenhouse gases after China and the USA. The energy sector contributes the most, 57.8%, of greenhouse gas emissions, of which electricity makes up the major share of 37.8%, according to the Indian Network for Climate Change Assessment (INCCA) report, 2010 titled 'India: Greenhouse Gas Inventory-2007'.

India has also committed to reduce the emissions intensity of its gross domestic product (GDP) by 33-35% by 2030 from the 2005 levels.

India has pledged to create an additional carbon sink of 2.5-3 billion tonnes of CO2 equivalent through additional forests by 2030.