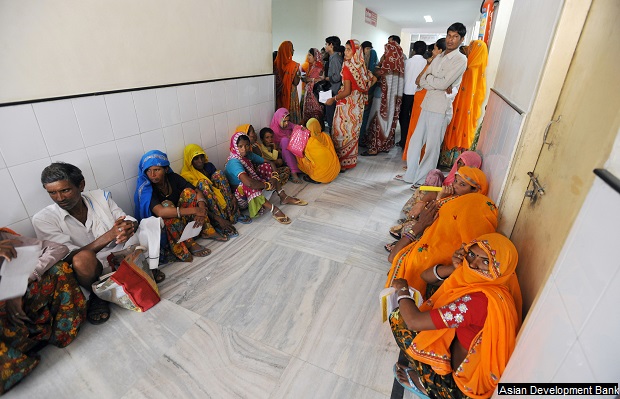 Similarly, on the Human Capital Index 2016, which measures national learning and employment outcomes, India ranked 105 out of 130 countries, below Sri Lanka (50), Bhutan (91) and Bangladesh (104).

The HDI ranking focuses on indicators that “lead to a long and healthy life, the ability to acquire knowledge, and the ability to achieve a decent standard of living". The data for the HDI report 2015 has been collected from various international agencies ranging between 2005 to 2014.

Universal healthcare is a much-debated issue, with some arguing that India cannot afford it.

Nobel laureate and economist Amartya Sen presented a counter argument: “The fact that at a basic level, healthcare is a very labour-intensive activity. In a poor country, wages are low. A poor country may have less money to spend on healthcare but it also needs to spend less to provide the same labour-intensive services (far less than what a richer–and higher-wage–economy would have to pay).”

Countries as diverse as Thailand and Rawanda have implemented universal healthcare programmes, cut mortality rates and boosted life expectancy, Sen argued in this January 2015 Guardian column, pointing how some Indian states, such as Kerala, Tamil Nadu and Himachal Pradesh, were moving towards universal healthcare.

Sen attributes the success of effective implementation to “firm political commitment to the provision of universal healthcare, running workable elementary healthcare and preventive services covering maximum possible population, paying serious attention to good administration in healthcare and ancillary public services, effective school education for all and involving women in the delivery of health and education in a much larger way than is usual in the developing world”.

Involving women in the workforce is a particular Indian failing.

India’s female labour force participation rate—the proportion of women in the workforce—was 27% against the global average of 50% in 2013, the third lowest among South Asian countries, above only Afghanistan (15.8%) and Pakistan (24.6%), where women are joining the workforce at a faster rate than India. 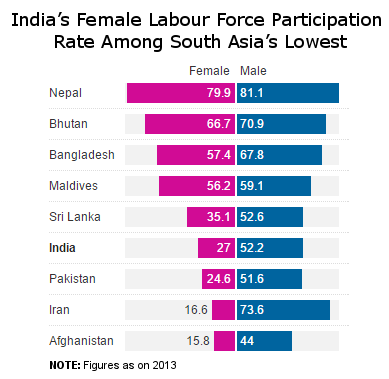 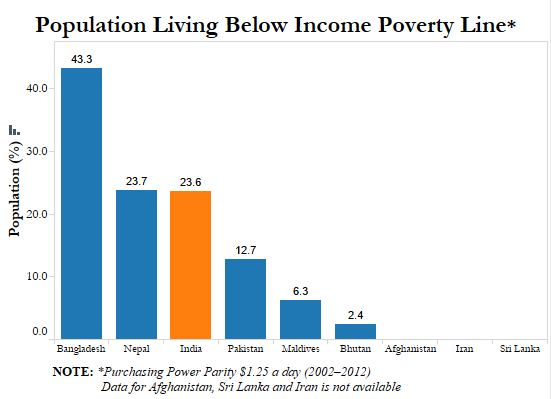 Agriculture accounts for more than 60% of female employment in South Asia, according to the Human Development report.

Bangladesh was ranked at the bottom with 43.3% of its population living below the poverty line.