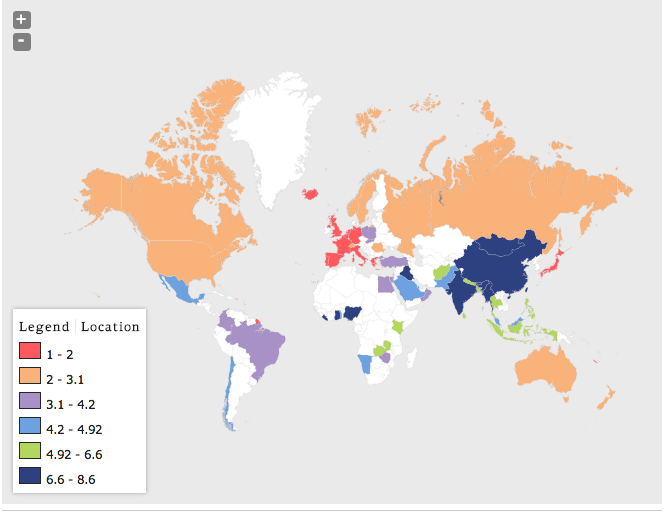 Takeaways from the Global Economic Prospects (GEP) released by the World Bank.

In the Global Economic Prospects (GEP) released in January 2014, the World Bank has said that the world economy is projected to strengthen this year, with growth picking up in developing countries coupled with the fact that high-income economies are appearing to be finally turning the corner five years after the global financial crisis.

World Bank has pegged that India's economy will grow by over 6% in 2014-15 and by 7.1% in 2016-17 as global demand recovers and domestic investment increases. In China, growth is estimated to stay flat in 2014 at 7.7 per cent, slowing to 7.5 per cent for the next two years, reflecting deleveraging and less reliance on policy-induced investment.

In spite of the fact that global economic indicators are showing improvement, one has to be especially astute to see that there are dangers that lurk beneath the surface. The Euro is out of recession but per capita incomes are still declining in several countries, said Kaushik Basu, Senior Vice President and Chief Economist, World Bank. He further added that they expect developing country growth to rise above 5% in 2014, with some countries doing considerably better, with Angola at 8%, China 7.7%, and India at 6.2%, but it is important to avoid policy stasis so that the green shoots don't turn into brown stubble.

With regards to growth in South Asia, the projected pickup, will depend on macroeconomic stability, sustained policy reforms, and progress in reducing supply side constraints. The main risks to the outlook are fiscal and policy reforms going-off track, uncertainties related to elections in Afghanistan, Bangladesh and India, entrenchment of inflation expectations and a disorderly adjustment of capital flows in response to the US tapering.