Women Migrate For Work At Double The Rate That Men Do 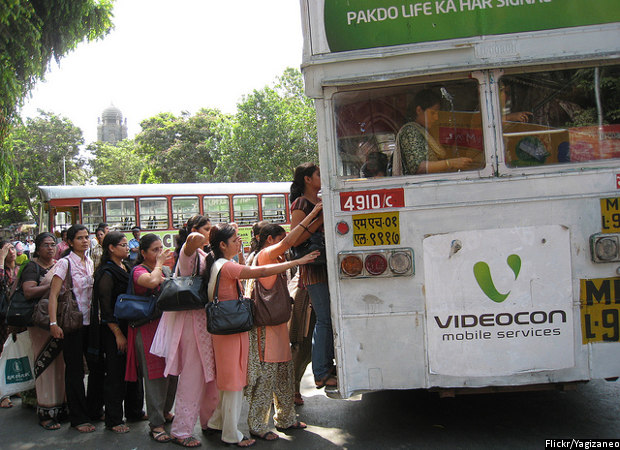 Women migrating for work and education between 2001 and 2011 grew at a rate that outpaced men who moved for similar reasons, shows an IndiaSpend analysis of Census data.

Women’s migration is still driven primarily by marriage. In absolute numbers, 97% of Indians migrating for marriage were women in Census 2011, IndiaSpend reported on December 15, 2016, a marginal drop from 98.6% in Census 2001.

Scholars have, however, argued that women do work post-migration even if their first reason for the move was matrimony. “Women’s migration is not adequately captured because the surveys ask for only one reason for migration to be stated. This is usually stated as marriage and the secondary reason, that is finding work at the destination, may not be mentioned,” Priya Deshingkar and Shaheen Akhtar of London’s Overseas Development Institute’s had argued in an April 2009 UNDP paper.

“Many of the women who migrate for marriage do join the labour force,” said a January 2017 housing and urban poverty alleviation ministry report on migration, echoing Deshingkar and Akhtar.

Migration for work usually results in relief from poverty even if it means a rough life in India’s metros, IndiaSpend reported on June 13, 2016. A migrant from Maharashtra's drought-stricken Marathwada region, for example, triples her income temporarily after moving to Mumbai, according to the report.

A two-round survey of 904 households spread across Bihar in 1998-2000 and 2011 by Amrita Datta at the Institute for Human Development showed that on average households with migrants earned about Rs 11,000 more than households without migrants in 2011, the business newspaper Mint reported on August 4, 2016. The study was published in the Economic and Political Weekly on July 30, 2016.

Between the two Censuses, marriage has remained the biggest reason for migration, dropping marginally to 49.35% of all migrants in 2011 from 50% in 2001.

The number of men saying they migrated either after birth or with the household rose at a slightly faster pace than women in 2001-11: 207% and 74% for the first reason and 199% and 54% for the latter.