With Pastures Shrinking, India May Have To Import Milk By 2021 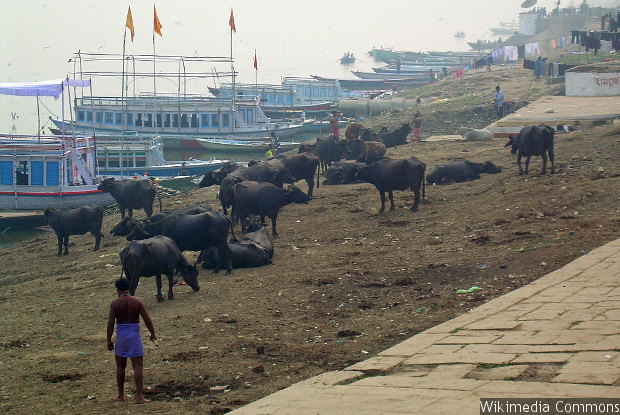 Bengaluru, Karnataka: India may have to import milk in four years, if it cannot increase fodder supply for its 299 million cattle, as rising pressure on land reduces pastures nationwide.

Spurred by rising incomes, a growing population and changing food preferences, the demand for milk and milk products will grow to at least 210 million tonnes by 2021–22, a rise of 36% over five years, according to government estimates. To meet this demand, production must grow by 5.5% per annum, according to the State of India’s Livelihood (SOIL) report. In 2014-15 and 2015-16, milk production grew at 6.2% and 6.3%, respectively.

Demand for private consumption has risen from 5% per annum in the period 1998-2005 to 8.5% per annum between 2005 and 2012, according to an Indian Institute of Management, Bangalore, report.

The availability and quality of fodder has a direct bearing on the quantity and quality of milk productivity, the data show. All the three states that topped milk productivity in terms of gram per day--Rajasthan (704), Haryana (877) and Punjab (1,032)--had earmarked more than 10% of their cultivable land for pastures, according to the 2015 SOIL report. The national average is 337.

Currently, all three types of fodder are in short supply--green (63%), dry (24%) and concentrates (76%). Only 4% of total cultivable land in India is used for fodder production, a proportion that has remained stagnant for the last four decades.

Demand And Supply Of Fodder: An Estimate

Considering the demand for milk, land under fodder production needs to be doubled, according to this December 2016 report of the Parliamentary Committee on Agriculture.

Shortages are forcing states to now source fodder from elsewhere. “The quality of fodder is a concern. We are now looking to source fodder from Varanasi (Uttar Pradesh),” said Sudhir Mishra, who runs a dairy farm in Ranchi (Jharkhand).

But major portions of grazing lands have either been degraded or encroached upon, according to the Parliamentary Committee report.

However, the availability of crop residues, the largest single source of fodder, has been impacted by increasing pressure on land and the replacement of traditional cereal crops, especially coarse ones. Crop residue includes coarse and fine straws, leguminous and pulses straws.

Given the importance of food and cash crops, it is very unlikely that the area under fodder cultivation will increase substantially, the parliamentary committee report said.

“If India fails to achieve substantial production growth, the country would need to resort to significant imports from the world market which has the potential to cause prices to spurt since India is a large consumer,” said 2015 SOIL report

To cut costs, easy access to fodder is important for small farmers

Feed cost constitutes about 60-70% of operating expenses on dairy farms. Nearly 70% of India’s milk production comes from small and marginal farmers, who depend on homegrown fodder. Unlike big operators like Mishra, they cannot afford to buy fodder from other states.

Take the case of Dundappa Patil, a 10th-class pass from Belagavi in North Karnataka, who took a loan of Rs 35,000 for dairy farming eight years ago.

The process of applying and getting a loan for the enterprise was simple and quick because Patil was covered by a scheme for unemployed youth in Karnataka. He went through a crash course in dairy farming in Belagavi and in less than a month, set up business with four buffalo.

Patil’s target was to sell 20 litres of milk every day to a local co-operative society. But the yield per buffalo on Patil’s farm was less than 2 litres a day; his buffalo produced less than half the milk he hoped they would.

“I realised that just buying a good buffalo was not enough, quality and quantity of fodder too had to be good,” he said. “You have to be ready to spend a lot of time and money on sourcing fodder.”

Patil said he and other villagers were using a common pasture on a hill 5 km from the village. “But that is seasonal and not enough for the all the village cattle,” he said.

So, he tried buying the fodder, but then the business did not look viable.

The contribution of livestock to the incomes of landless and small farmers ranges between 20-50%, and the poorer the family, the greater the potential of dairy farming’s contribution to livelihood, according to the SOIL report.

Unlike agriculture, which tends to be seasonal, dairy farming provides returns through the year. It can minimise the risks agricultural households face when they run short of cash.

In Belgavi, that scenario did not work for Patil because he could not overcome the fodder shortage--an issue India must address if it is to be self-sufficient in milk and dairy farming is to succeed.

Eventually, after a year, Patil sold the buffalo and repaid half the loan. The bank waived the rest after failing to recover it. Today, he is a construction worker in Belagavi city.

(Patil is the founder of 101Reporters.com, a pan-India network of grassroots reporters.)