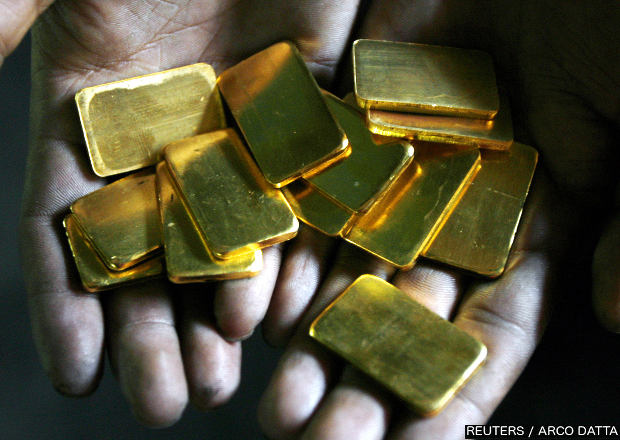 India's gold imports surged 85% in January 2016, indicating how, as stock markets decline and some economic indicators worsen in the run up to Finance Minister Arun Jaitley's third budget, Indians are falling back on a traditional mode of holding wealth.

It is reasonably clear that Indians, who hold around 20,000 tonnes of gold—about a tenth of all the world's gold and a fourth of current global gold demand—are reluctant to convert the gold they store into money or other forms that could benefit the economy.

In 2015, the government started a Gold Monetisation Scheme—a revamped version of an older Gold Deposit Scheme—to make idle gold productive, by getting consumers to either sell their gold or store it with banks, so it could emerge into the formal economy and reduce the country’s gold imports.

The Gold Monetisation Scheme pays interest to those who deposit gold with banks, enabling banks to sell it on commodity exchanges in international markets and buy foreign currency or lend the gold to jewellers. Indians shied away because releasing their gold would mean declaring it, and instead paid more to keep it in a bank locker.

Gold imports rose to $2.91 billion from $1.57 billion in January 2016 over previous year, according to the ministry of commerce, prompting Aditya Birla Group Chief Economist Ajit Ranade to put out this tweet:

two back-to-back tweets tell a story.
we are earning less dollars, then throwing them away on buying more gold. pic.twitter.com/soJmWTQu16

Indians are indeed getting fewer dollars.

India's foreign exchange holdings rose 10% between January 2015 and January 2016, according to Reserve Bank of India, while the stock markets fell, reflected in the 19% decline in value of the Sensex, the Bombay Stock Exchange index.

Indians like gold's stability in an increasingly unstable world

“The rise in imports of gold signifies a shift in focus of investment from the volatile financial markets to comparatively stable bullion markets,” U R. Bhanumurthy, a professor at Delhi's National Institute of Public Finance and Policy (NIPFP), a think-tank, told IndiaSpend.

The demand for gold has coincided with some weakening economic indicators.

While import costs of crude petroleum and petroleum products—accounting for 31% of imports in 2014-15—almost halved, the quantity of petroleum (crude plus products) imported increased, indicating growing fuel demand in India.

Oil import costs dropped 41% while non-oil imports costs fell only 3% over April to December, 2015, as compared to the same period the previous year.

India is buying more petroleum at lower prices, levying excise and selling it at higher prices, as IndiaSpend reported earlier.

Agriculture imports increased 21% over first three quarters of 2015-16, as India struggled with two successive years of drought, the first time in 30 years.

Although India anticipates an economic growth rate between 7% and 7.5%--higher than China's--market volatility has also increased, jeopardising future growth.

Investors are shying away from equity markets. Stock markets across the world plunged in early 2016. Foreign investments in India, both direct and portfolio, are declining.

In the same month, Indians bought gold worth Rs 20,000 crore ($ 2.91 billion) from the international market.

So, Indian investors are turning to safe, stable gold—but by doing so, destabilising India's economy.

“Large gold imports are adversely impacting the current account deficit (imports of goods, services and investments minus exports; a trade deficit)," said a draft report of a Reserve Bank of India working group to study issues related to gold and gold loans by non-banking finance companies. "There is a need to moderate the demand for gold imports, as ensuring the external sector’s stability is critical.”

Price in Rs/Gram of gold. Image retrieved from Interactive chart accessed from the website of World Gold Council

Domestic demand and imports are "price inelastic", which means Indians buy gold for household use irrespective of the prices in Indian and international markets, the report said.

India’s gold exports halved over four years from 2011 till 2015, a sign of declining demand from the United Arab Emirates (UAE), home to 2 million Indian expatriates. More than 99% of India’s gold exports go to the UAE, according to commerce ministry data.

An import duty of 10%, imposed in 2012, raised the cost of gold 10% over the year, but failed to moderate demand for gold, said this RBI report, which recommended "innovative financial instruments" to draw gold out of private holdings.

Sovereign gold bonds, which are government bonds acting as substitute for physical gold, were first sold in November 2015, receiving a subscription of Rs 246 crore. The second round, in February 2016, tripled the first round by attracting Rs 726 crore subscription.

The overall economic uncertainty is also reflecting in gold imports.

The January jump in gold imports has now transformed into a February slump, with trade associations, such as the All India Gems and Jewellery Trade Federation and the India Bullion and Jewellers Association, recommending that the finance ministry reduce import duty on gold from 10% to 2%.