Will India’s Uneducated Youth Be A Demographic Problem? 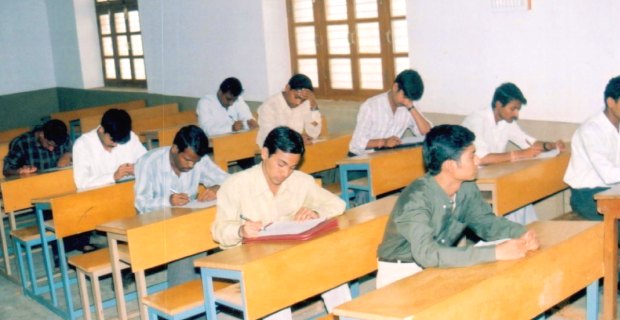 *Literacy rates among the youth in India are 69% and 86% for females and males, respectively

*5.5 million people are enrolled in vocational courses in India, compared to 11.9 million in the US and 90 million in China

As most of us know, India’s median population is 25 years of age today. Currently, 8 working people support one senior citizen.

But this number could change sharply by 2050, when 3 working people will have to support 1 senior citizen.

So, one larger question could be: how well is the youth of today geared to support an ageing population of tomorrow?

There could indeed be many ways to assess this. And while the combination of all might be the most accurate, literacy could surely be one aspect. Assuming, of course, that a literate population has a better chance at employment, and thus, higher incomes. 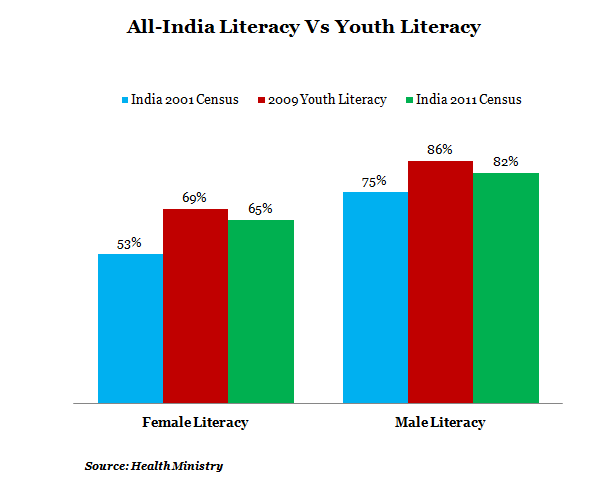 When compared with the average literacy figures in the past two censuses, the literacy rates are higher among the youth than the rest of India. However, it is also true that:

Comparably, the youth around the world are better educated. And India lags China, Brazil and Russia and even Greece! 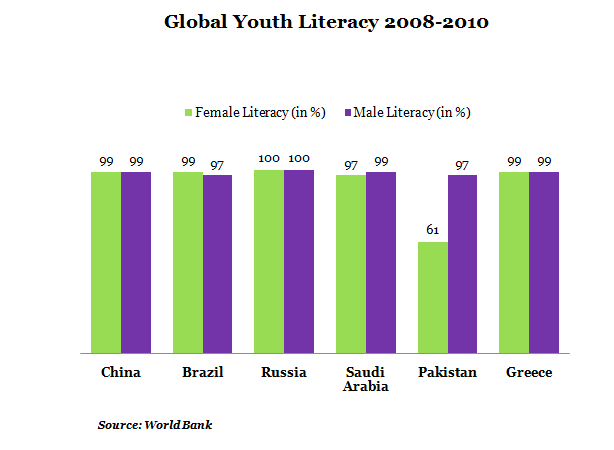 Reports also indicate that formal training of the workforce in India is much lower as compared to other countries of the world. India’s planners have responded to this with the National Policy on Skill Development targeting a skilled population of 500 million people by 2022. Countries like USA and China have much higher enrolment in vocational courses. 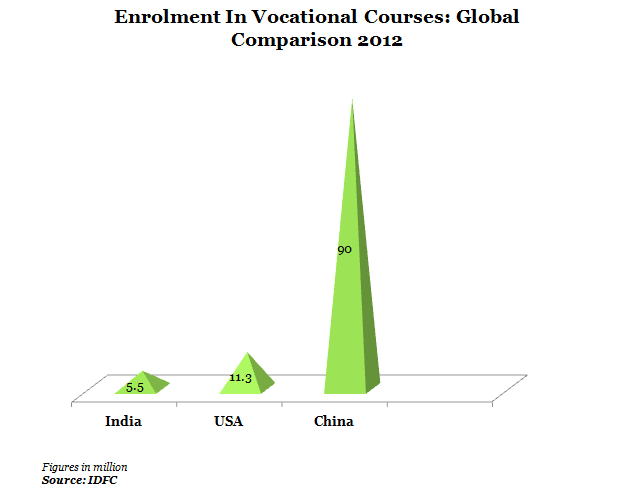 Let us now look at the employment status of the youth, according to the 68th National Sample Survey Office (NSSO) report.

The above table shows data on the employment status for males and females in two age categories. There is a sharp increase in the number of male workers in the age group of 20-24. However, the gap between the people employed as casual labour and wage earners is still high. More casual workers show that the quality of employment is low. A greater number of women stay away from the workforce.

Rate of employment among male youth is moderate and low among women. This can be attributed to low vocational training, which implies that the quality of skills in the group will be lower.

While it has been found that employment has gone up in the past two years in India, about 49% were still engaged in the agricultural sector. Higher involvement of labour in agricultural activities implies low wages and no job and pension security as the sector is mainly unorganised. The good trend is that the population engaged as casual labour has come down, according to the 2011-12 NSSO report since the 2009-10 report. But this trend has to go on if we want the situation of the workforce to improve. About 40% of the workforce in India still belongs to the labour force again pointing to low skills in the population.

Half of the women and almost one-fifth of the men aged 15-24 are currently married. Women in India, on an average, have 1.5 children by the time they complete 24 years of age. Early marriage, low educational attainment and low employment rates lead to higher fertility among females of that age group. And that obviously has an impact on the fertility rate of the country.

Over 80% young men and women in India feel that the ideal family size is 2 or lesser children according to the Ministry of Health and Family Welfare report mentioned above. Perhaps this is the reason for the declining fertility rate in India. But a decline in the fertility rate implies that there will be lesser working hands in the country in a couple of decades.

India is not harnessing its youth dividend to the fullest. Low skill attainment among youth is proof of that. And this is also the reason that a large chunk of the population is still engaged in the unorganised sector.