Why You Should Consider Moving To Himachal 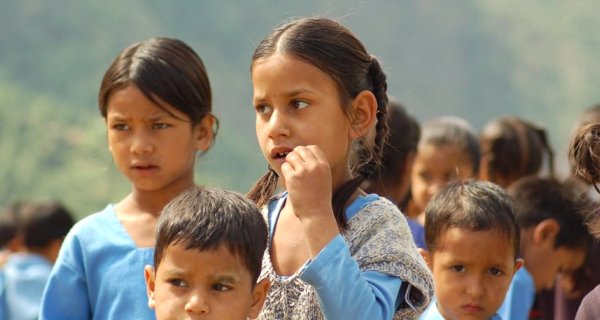 * Himachal Pradesh has the best infrastructure for rural health centres with no shortfalls of primary centres and community centres.

* Himachal is the second best in low dropout rate (less than 1%) in elementary education.

India’s hill state of Himachal Pradesh recently held its assembly elections, and IndiaSpend’s Sourjya Bhowmick looks at the state’s position on important indicators like health and education. We earlier showed how Himachal’s per capital income has risen sharply in recent years.

Some conclusions on Himachal Pradesh’s social indicators: A very impressive sex ratio (974), literacy rate (84%) and 0% shortfall in rural health centres. And the state is the second best in the dropout rate (less than 1%) in elementary education.

Before looking at the data in detail, let’s start with the population of Himachal Pradesh and India:

Nearly 90% of the 6.8 million population of Himachal live in rural areas while the ratio is only 69% on an all-India basis. Compared to the overall population increase in India, Himachal’s population has increased only marginally (less than 1%) between 2001 and 2011. The growth of population in 2001-11 is 5% lower than the previous decade of 1991-2001 in Himachal, which is also true of India’s population growth.

Literacy rate is a bright point for Himachal Pradesh. Barring a few North Eastern states, union territories and Kerala, Himachal has the best literacy rate in the country.

Himachal Pradesh also has an impressive sex ratio of 974 females for every 1,000 males. Only states like Orissa (978), Chhattisgarh (991), Andhra Pradesh (992), Tamil Nadu (995) and Kerala (1,084) have better sex ratio than Himachal. Incidentally, the sex ratio in Himachal and India has increased by almost the same number over the last decade.

Now let’s look at the health scenario of Himachal Pradesh:

India has an IMR of 47, shortage of around 60% doctors in rural areas and shortage of around 10,000 units of PHCs and CHCs. Himachal, however, has been consistent while reducing the infant mortality rate and it is now much lower than the national average of 47. While there is no significant increase in community and primary health centres, Himachal Pradesh has 0% shortfall in PHCs and CHCs, shortfall of only 40 doctors in its rural healthcare system and only 7% PHCs function without doctors.

Now let’s take a look at a few educational indicators of the state:

Himachal Pradesh has been doing better than the national average on almost all the educational parameters. For example, in the drop-outs of 6-11 year olds, Haryana is the only state doing better than Himachal with a 0% dropout rate. We assume that the different drop-outs refer to elementary, primary and secondary education.

At the same time, women enrolment/total enrolment has increased steadily over the last few years. Himachal Pradesh has a better women enrolment percentage (49.5%) than the national average (41.5%).

Here are a few other important indicators....

Table 4: Some Issues That Need To Be Fixed

From Table 4, it can be observed that electricity consumed in Himachal is far higher than generated for the last few years. This leads to large amounts of electricity purchased from other states.

Motorable double-lane roads have been increasing but not in the required proportion as compared to the vast rural populace of the state. Incidence of crimes had reduced in 2009-11 but has increased again by more than thousand reported cases in 2011-12. .

So, while Himachal Pradesh has 90% rural population, it has not deterred performance in its social indicators like reducing infant mortality and increasing education. The state has around 14 education schemes/scholarships implemented throughout the state.

Schemes like ‘beti hai anmol’ are also important measures in healthcare. The government deposits Rs 5,100 in the name of the girl child at the time of birth under the scheme, and it is applicable for two children per family. This is to discourage female foeticide, and has reflected in the improved sex ratio in the state. Other programmes like ‘Matri Seva Yojana’ for providing money to below poverty line (BPL) families during the time of child birth also enhances the growth of the state’s healthcare system.

Currently, Himachal Pradesh spends around Rs 996 crore (approved for 2011-12) on social sectors of a total expenditure of Rs 3,300 crore for all its plan outlays. So, it is evident that nearly 1/3rd of plan money going for social sectors is benefiting the state.