Why The US Backs India's Great Solar Bet 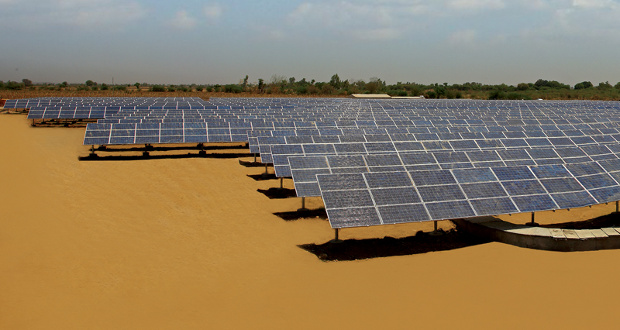 It presently supplies less than 1% of national electricity demand, but power from the sun is at the centre of an ambitious, multi-billion-dollar bet for a cleaner, brighter India.

With the US committing $4 billion (Rs 24,400 crore) to India's renewable energy sector at a time when energy-starved India is under pressure to cut carbon emissions, Prime Minister Narendra Modi's motto of "energy to all" could not have had a better boost.

The $4 billion deal will mainly comprise loans from US banks and financial institutions. In addition, a memorandum of understanding was signed earlier this month between US-based Sun-Edison Inc and Adani Enterprises to invest roughly the same amount, $4 billion, in building the largest solar photovoltaic (PV) manufacturing unit in India.

With a population of more than 1.2 billion and nearly 300 million unconnected to the electricity grid, India is an energy-starved nation. The average per capita consumption of energy in India is about 900 units, compared with 15,000 units a year for developed countries across the world.

India’s energy demand is expected to nearly double to 1,500 million TOE (tonnes of oil equivalent, ie. the amount of energy released by burning one tonne of crude oil) in 2030 from 770 million TOE at the end of 2012.

The Indo-US renewable energy deal was preceded by a statement from US ambassador Richard Verma that both countries would focus on deals that tried to minimise India’s carbon-dioxide emissions.

India’s total carbon emissions are now second to China and the US, according to the Centre for Carbon Dioxide Information Analysis, an organisation that provides information to United Nations.

In per capita terms, India's emissions are low, indicating it is a low-income country with low energy needs.

India does not have any legally binding commitment towards the reduction of greenhouse gases (GHG) under the Kyoto Protocol, but the Indian government has agreed to a 20% cut in emissions intensity—a measure of emissions per dollar of Gross Domestic Product (GDP)—by 2020 from 2005 levels.

The National Action Plan on Climate Change (NAPCC) has been under implementation since June 30, 2008. The National Solar Mission and National Emission on Enhanced Energy Efficiency under NAPCC also deal with the mitigation of emissions, generating solar power and energy conservation.

Thermal energy accounts for 70% of total power commissioned, followed by hydro (16%) and wind power (8%). Solar power accounts for no more than 1% of India’s energy mix.

It is clear that sustainable and renewable energy resources have a strong role to play in India, and the source of choice is the sun.

India hopes to become into a solar-power-equipment-manufacturing hub and a global solar power. The US hopes its manufacturers will benefit from India's ambitions and simultaneously encourage India to reduce carbon emissions.

Let us now look at the state-wise break up of installed capacity of solar power grids: 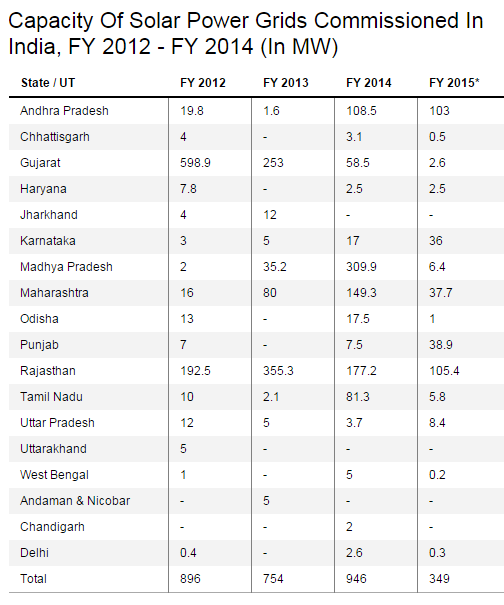 A total of 2,596 MW solar power capacity was commissioned between 2011-12 and 2013-14, with Madhya Pradesh leading the pack, Rajasthan second and Maharashtra third.

The ambitious road to solar power

Solar power is not a new idea, but India's ambitions have grown greatly.

In 2010, the United Progressive Alliance (UPA) government launched the Jawaharlal Nehru National Solar Mission, which planned 20,000 MW in solar power by 2022, of which 2,970 MW had been commissioned by the end of November 2014.

* 40,000 MW will be from rooftop solar panels, a move intended to let house owners cut electricity bills and sell energy to the grid.

* More than 1,000 MW will be from grid-connected "ultra mega solar power plants", which will need New Delhi to distribute Rs 1,000 crore to central public sector units.

* 300 MW from solar projects to be built by defence and paramilitary establishments.

In 2013, China alone added almost one-third of total global capacity of solar PV with the commissioning of the world’s largest plant (at 50 MW).

Renewable energy cuts foreign energy imports, is a buffer against global fuel price shocks and cleans up local environments, two Indian experts wrote recently in Indian Express. “It has the potential to be the lynchpin of an energy future that enables growth, supports equity and promotes environmental sustainability,” they wrote.

The government now plans to attract investments worth $250 billion (Rs 1,52,500 crore) for the electricity and renewable sector by 2019, as part of its ambition to provide 24x7 power to all Indians. 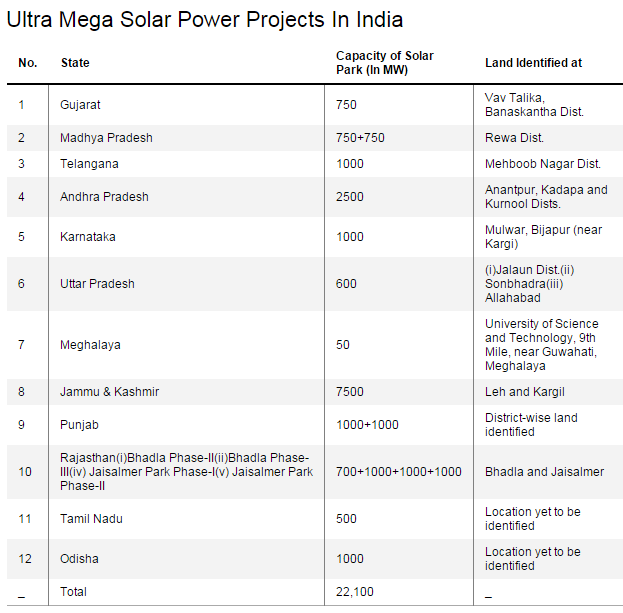