Why The Government Needs A Plan To Fix Non-Plan Spends 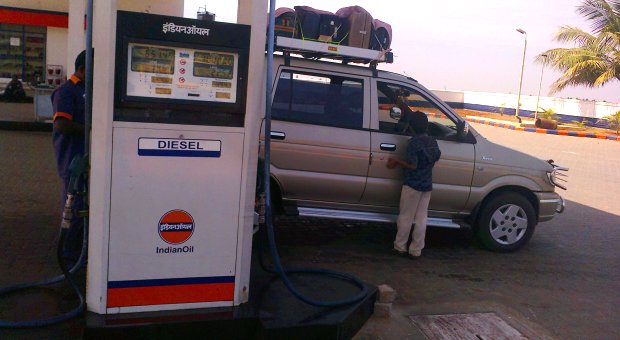 A look back at Government expenditure numbers over the last few years highlights the significance of the Finance Minister’s words in his most recent budget speech.

Incidentally, while the Government’s track record shows it ‘under-projects’ its income - or receipts (reported earlier by IndiaSpend), it misses its expenditure mark with alarming regularity in the opposite direction! And by the way, the increased expenditure has not had much impact on aggregate demand (read, GDP) in recent times either. Growth clearly has slowed down.

In the last 10 years, the Government has missed its spending target - as projected by the Budget Estimates (BE) in the annual budget - in 7 years.

The question that then crops up – if the Government is able to get its receipts under control, why is it not doing the same with expenditure targets? 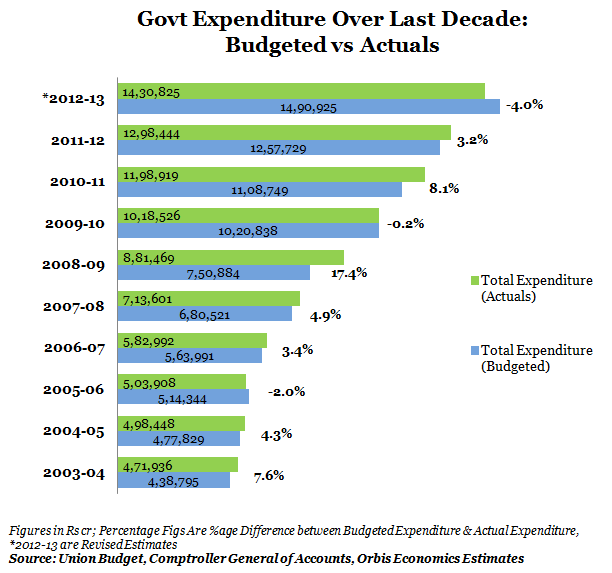 To analyse this, we looked at the two major categories across which Government expenditure is split up – (i) Plan and Non-Plan Expenditure and (ii) Revenue and Capital Expenditure. Plan expenditure means expenditure as envisaged in the on-going Five-Year Plan on asset creation or capacity creating expenses under centrally sponsored or flagship schemes. Non-Plan expenditure, on the other hand, refers to recurring and routine expenditure like salaries, administrative expenses, subsidies and interest payments, among others. 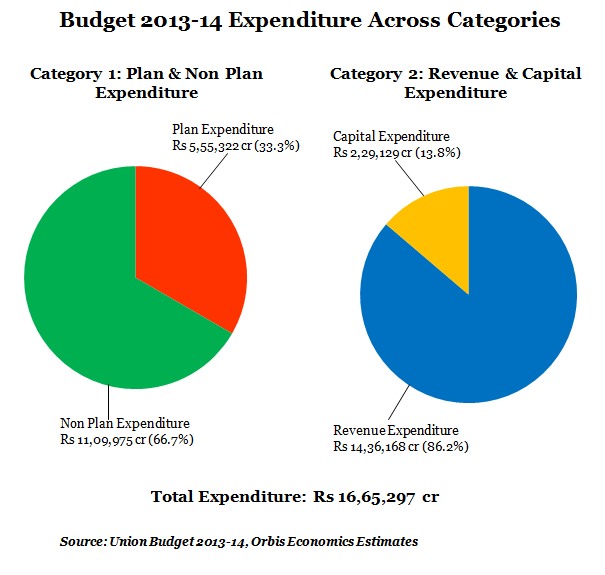 Non-Plan expenditure is hard to predict, Plan spends, quite the opposite

When trying to understand the underlying reasons for the consistent overshooting in total expenditure, if we look at Plan and Non-Plan categories, the Government is more likely to overshoot the Non-Plan targets. In all years under consideration, except 2005-06, Non-Plan expenditure has exceeded the budgeted amount. As a result, on an average, Non-Plan average has been in excess of the budget amount by 7.7%.

This could be reflection of the fact that Non-Plan spends that cover more immediate spends like those on subsidies and interest payments, cannot be avoided. On the other hand, the less pressing, even if equally important spends, covered under the Plan category get sacrificed. 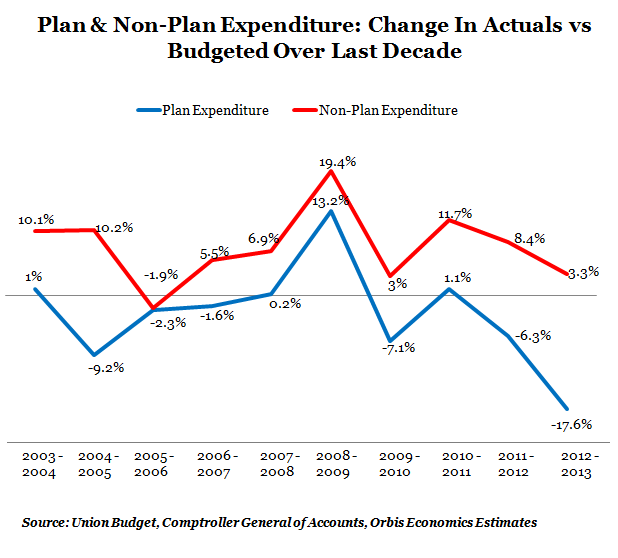 The Revenue spill over seems much less at 2.3% if we exclude 2008-09, which also explained the steep skew in Non-Plan expenditure examined earlier. In the case of Revenue expenditure, there was an increase of over 20% during the year. Though Revenue expenditure has exceeded Budget in a somewhat significant manner in other years as well – in three other years, the spending has been over 5% of BE – it is just that 2008-09 marks an aberration even from the perspective of the excess.

The Capital expenditure story is interesting since the relatively muted 10-year average excess hides the wide variations with the budgeted amounts. Capital spends show a far more erratic pattern over the years in comparison with Revenue expenditure.

In 2003-04, for instance, Capital expenditure exceeded BE by over 50% and by over 23% in the succeeding year. In contrast, in 2012-13, Capital expenditure was less than 18% of budgeted, perhaps as the Government tried to hold back expenses to control the fast mounting fiscal deficit that is contributing to higher inflation and chances of a sovereign downgrade of India’s credit ratings. 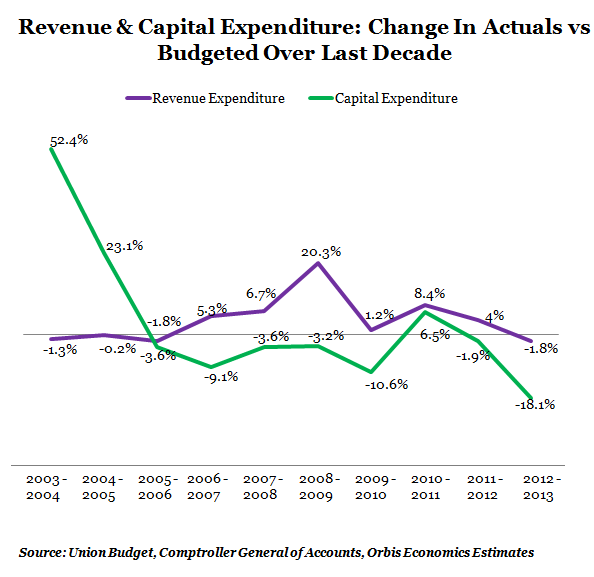 History could predict the future

Based on the trends so far, the odds of expenditure being controlled to the BE are stacked against the Government though there is some room for optimism if you look at last year’s spending figures.

As per the Revised Estimates for 2012-13, the Government has spent around 1.8% less than estimated. If we look at the categories, we see that both Revenue and Capital expenditure have been held back as has Plan spending though Non-Plan spending has still exceeded the target. The numbers for 2012-13 are not the actuals and the Revised Estimates will be updated soon. Moreover, this is a pre-election year where a Government might look to spend more than budgeted to secure a return to power.

How the Government plays 2013-14 will be interesting since there are serious concerns about India’s deficit situation, no major revenue collection increases are foreseen and the economy is in slump mode.

From this perspective, it makes economic sense to hold expenditure to get some fiscal health back. However, this is also a year of political compulsions and keeping the vote bank in place is an important aspect. The UPA Government’s social spending has come under criticism in the recent past but the centre seems to think otherwise. We will know the Government’s report card for the last five years only next year, and we need to wait-and-watch how the election seals its fate.