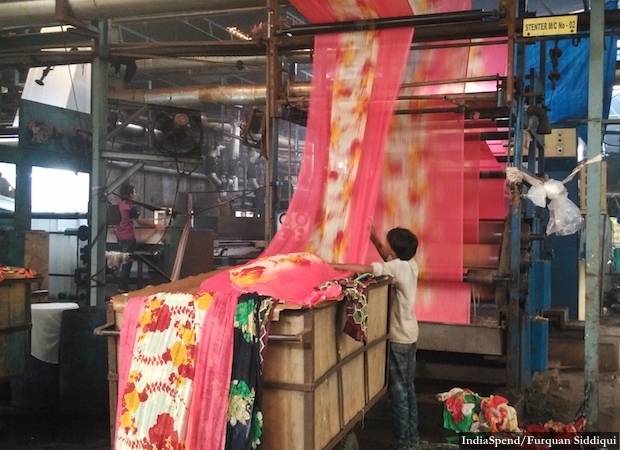 Surat (Gujarat): On a rainy July evening in the busy and sprawling Surat Textile Market, Rangnath Sarda received a call from a client, a distributor in Tamil Nadu, to discuss billing details under the new GST regime. Since Sarda did not have a Goods and Services Tax (GST) number, his client would have to figure out how to bill him, transport the goods and pay agents’ commissions.

Business owners across thousands of Surat’s small-scale trading, weaving and dyeing units, which together churn out around 40 million metres of fabric each day, were asking and answering similar questions up and down their supply chains.

Ever since the Government of India introduced the GST regime on July 1, 2017, with the aim of creating a one-tax, one-market nation, Surat’s textile traders have been up in arms--they say GST has struck the death knell for their informal business channels that work largely on cash and afford tiny profit margins.

The traders fear that GST, with its emphasis on formalising businesses by making them register for a GST number--thereby introducing transparency and widening the tax net--will lead to business going to larger, organised traders. They also believe it will increase paperwork and make it difficult to maintain accounting books without hiring accountants, an additional burden for cash-strapped businesses that work on thin profit margins.

Sarda said he had applied for a GST number, grudgingly. With Ganesh Chaturthi round the corner, the festive season would continue well into October and November with Durga Puja, Diwali and Chhath. “Where is the time to protest? We stand to lose business,” Sarda told IndiaSpend, adding that the government was well aware that traders would be in a bind.

Surat’s traders had gone on strike on July 1, 2017, but had called it off after 18 days on Finance Minister Arun Jaitley’s assurance that the GST Council would consider their demands at its meeting on August 5, 2017. Jaitley had refused to remove the tax altogether saying that would break the input tax credit chain.

The council reduced the tax rate for 'job work'--third-party services such as stitching and embroidery--to 5% from the earlier 18%, but traders were unhappy that it had not addressed many other concerns. There are rumours they might resume their strike.

While there have been protests in textile hubs across the country--in Punjab, Rajasthan, West Bengal and Maharashtra--Surat has become the epicentre of the fight against GST. IndiaSpend set out to the port city to understand why.

Located 270 km south of Ahmedabad, the commercial capital of Gujarat, and a similar distance north of Mumbai, India’s financial capital, Surat has a rich history of trade and a long-running tradition of textiles manufacturing.

In the 1980s, the city saw a transition from cotton to synthetic fabrics. Today, Surat produces 40% of all manmade fabric made in India, as per data available on the 2017 Vibrant Gujarat Summit website.

The communities that dominate the business today are the Kathiawaris, who hail from Gujarat’s seaward Saurashtra region, and the Marwaris who trace their roots to the desert region of Marwar in Rajasthan. The business acumen of these traders is legendary, and the two communities have produced such household names as the Ambanis and the Birlas.

A supportive policy structure has played a significant role in the success of Surat’s textiles industry.

Mahendra Ramoliya, a tall, heavyset Kathiawari who runs a powerloom in Sachin GIDC (Gujarat Industrial Development Corporation) on the outskirts of Surat, credited his success to the subsidies and tax breaks offered between 2004 and 2009 when Gujarat’s Shankersinh Vaghela was the textiles minister in the central government.

The 700-hectare Sachin GIDC houses 2,250 industrial units, including 1,750 textile units, 70 dyeing and printing mills, and 40 dyes and chemicals units. It is estimated to employ around 350,000 people. 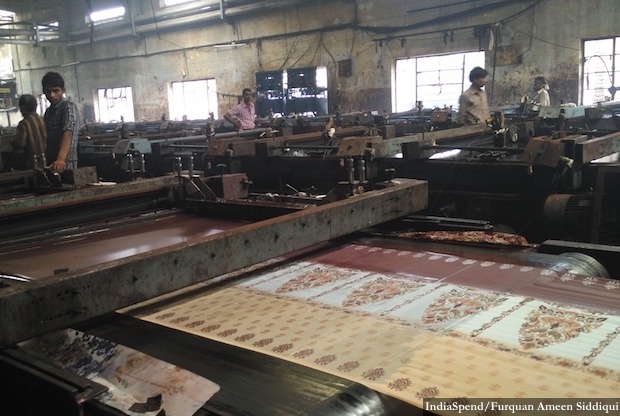 Surat has nine such GIDC estates, where the government provides enabling infrastructure and fiscal support, which Surati traders have been aggressive in safeguarding. Ramoliya told IndiaSpend that in the late 1990s when the powerloom industry went on a strike against rising electricity prices, the government had to capitulate and offer a subsidy.

When a central value-added tax (Cenvat) was imposed on the industry in April 2003, textile traders again struck work until, months later, a new government was formed that rolled back Cenvat imposition on powerlooms.

Except for this brief period from April 2003 to July 2004, the textiles industry has been largely exempt from taxation.

As with most sectors of the economy, Surat’s textiles businesses are confused about how GST will impact the supply chain, whether it will increase costs and prices, and whether it will complicate or simplify processes.

Most of all, there is concern about maintaining accounts. The common refrain in Surat is that most textile traders are uneducated.

“Yeh chopre ke chakkar me phass jayenge,” many told IndiaSpend, protesting that they would get entangled in accounting books. Yet, educated or not, everyone understands the language of trade in Surat--no conversation goes without mention of ‘taka’ or percentages.

Larger businesses, on the contrary, say small manufacturers and traders are only trying to avoid having to pay tax. “People are worried because there won’t be any tax evasion once they come on this system,” Sanjay Sudrania, who has run Kirtida Silk Mills in Sachin GIDC for a decade, told IndiaSpend.

The extent of evaded tax is what many traders claim is their only profit margin, given stiff competition from cheap Chinese imports. “We’re not competing against Indian fabrics only, we need to stand against cheap Chinese fabrics as well. If costs increase we lose that battle,” Kamran Hussain, a mill supervisor, told IndiaSpend. 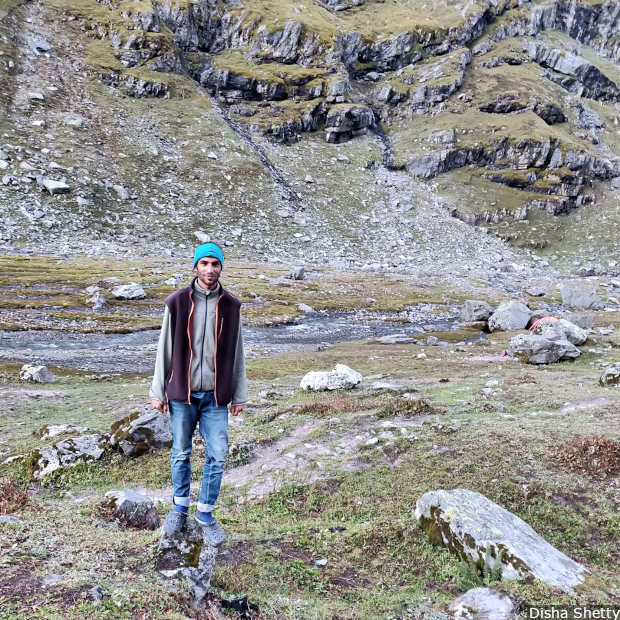 Sudrania said dyeing and printing units have always been taxed, unlike traders and weavers, who were exempted. GST will hit mostly the latter--the approximately 60,000 weaving units, 65,000 traders and 50,000 embroidery units--Sudrania said. Nevertheless, he added, the transition to GST would increase costs only marginally.

Ramoliya, the powerloom owner, disagreed. He said the majority of businesses work on cash. “I used to work mostly with RR [rokda, or cash]. Only 20% went on a pucca bill. Now, if we’ll have to pay taxes on all processes, in addition to income tax, we’ll be forced to count our profits only after tax,” he said, adding that this would force businesses to increase prices considerably.

Sudrania said there should be anti-dumping duty on Chinese imports. In May 2016, the Federation of Surat Textile Traders Association (FOSTTA) had written to the central textiles minister seeking an anti-dumping duty on imported Chinese fabrics, complaining that nearly 50% of the manmade fabric sector in Surat had had to shut down for a month due to cheap Chinese imports and lack of demand.

A separate petition by Mitsubishi Chemical Corporation and Reliance Industries had led to a government investigation into allegations of dumping of purified terephthalic acid (PTA), a byproduct of petroleum refining used to manufacture polyester fibre, into India.

This led to allegations that the anti-dumping duty was designed to benefit only “the largest and integrated polyester player”--Reliance Industries--and would hurt competition.

A Reliance spokesperson did not answer queries from IndiaSpend.

“I loved Modi. But look what he has done to the people who supported him. No one has backed Modi as we [traders] have,” a powerloom unit owner told IndiaSpend, requesting not to be named.

The trader who did not wish to be named told IndiaSpend that instead of protesting against GST, textile traders should have stopped purchasing Reliance yarns. “They [Reliance] would have sorted the entire issue for us,” he said.

Small traders fear GST will encourage vertical integration so that big fish like Reliance will set up more composite units that produce both yarn and sarees, as such units will not have to pay tax for every activity involved at every stage of making a saree. (See chart)

Surat’s textiles industry--its powerloom units, dyeing and printing mills, and traders--employ 1 million workers directly or indirectly, in formal as well as informal jobs. Many of these workers had to leave the city during the 18-day strike when there was no work.

The value-addition stage of a saree (embroidery, etc.) operates largely in an informal setup. A trader purchases dyed fabric, and sends it to hundreds of embroidery units scattered across the city. There is much back and forth involving middlemen who collect sarees and distribute them among hundreds of women workers who work part-time from their homes.

“At completion of every stage the saree comes back to us. In all this back and forth, the government not only wants us to pay for the service but also wants us to make sure everyone files their returns,” said Anil Jain, a trader in the New Textile Market. “Does the government expect all these individual workers to file returns online?” 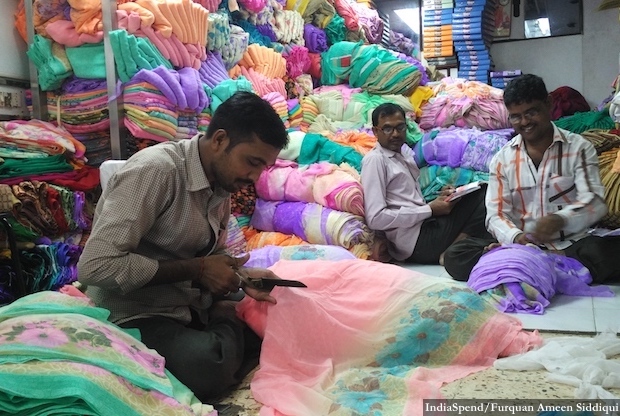 Workers cut out saree pieces from the fabric roll for further stitching and packaging.

The government has, in fact, exempted businesses with an annual turnover of less than Rs 20 lakh from having to obtain a GST number or file returns. A document on the Ministry of Textiles website clarified the concerns of the textiles industry specifically around input credit and assured payment within 180 days.

But traders claim they are confused or unaware.

“If I have a GST registration, I will not purchase from a guy who doesn’t have a GST,” Huzefa Nasikwala, founder, Nasikwala Law Office, Mumbai, explained. “There are these input credits that I have to take, so I will insist for a GST number [down the chain].”

According to Nasikwala, the textiles industry in and around Surat is used to dealing only in cash and the value chain, right from weaving onwards to small traders and migrant labour, is unorganised. No tax was being paid all along this chain. “Now, if you impose a tax regime the entire chain gets disturbed. This is the core issue they are facing. Some of the small players will be wiped off,” he said.

At the August 5, 2017, GST council meeting—where the tax on job work was placed uniformly at 5%—these issues were not addressed, textile association FOSTTA said. Traders, however, showed a reluctant acceptance of GST as a fait accompli.

“Bolenge toh karna hoga, par 50 taka business khatm ho jayega [If the government forces us, we’ll do it. But it’ll kill 50% of the business],” Ramoliya said.

(Siddiqui, an IndiaSpend-ICFJ fellow, is a journalist with more than six years' experience, covering the media, displacement, environment, politics and culture.)