Why Sonia & Rahul Gandhi Are Not Very Good MPs 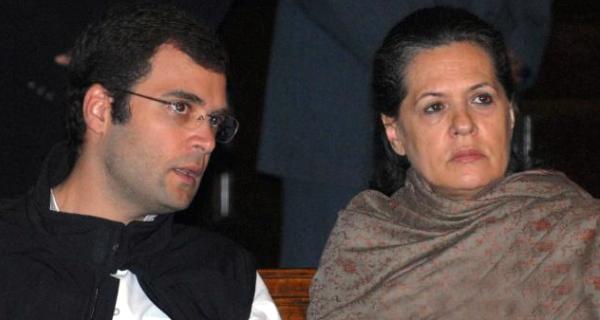 * Bihar MPs have spent the least amount of funds allocated to them.

India’s Members of Parliament Local Area Development Scheme (MPLADS) is an interesting empowerment device for MPs to pour funds into developing their constituencies. While each MP gets Rs 5 crore a year, utilisation levels are not consistent and sometimes unusually low.

IndiaSpend’s Bhumish Khudkhudia finds that MPs from states like Bihar, the third most populous states, have undertaken the least expenditure on priority sector areas like education and public health. On the other hand, several individual MPs like Sushma Swaraj (BJP) and Sitaram Yechury (CPI-M ) have been the most agile in spending their allocated funds.

As on August 31, 2012, 1.5 million works have been recommended by MPs since the inception of the scheme in 1993. Nearly 90% of the projects have been completed at the national level out of the sanctioned projects totalling 1.2 million. At this time, Rs 26,237.2 crore has been released and an expenditure of Rs 23,255.3 crore incurred. So, the percentage of utilisation works out to 88.6%.

The funds released under MPLADS are 'non-lapsable’ i.e. funds not released in a particular year are carried forward to subsequent years, subject to eligibility. MPLADS projects can also be implemented in areas affected by natural calamities like floods, earthquake and drought.

The maximum amount that can be recommended by MPs for development work has gone up over the years as shown in the following table:

The Ministry of Statistics and Programme Implementation (MoSPI) is responsible for policy formulation, release of funds and monitoring the implementation of the scheme.

Let us now look at the spending pattern of the top leaders.

(All figures in Rs crore)

( Source: http://mplads.nic.in/) (All Lok Sabha MPs have been entitled to an amount of Rs 14 crore for the current 15th Lok Sabha since the year 2009)

Rajya Sabha MPs who have been entitled funds under MPLADS are: Dr. Manmohan Singh (Rs 40.05 crore); Arun Jaitley (Rs 32 crore); Ravi Shankar Prasad (Rs 32 crore), Sitaram Yechury (Rs 21 crore) and Ashok Ganguly (Rs 13 crore). Their amounts are high because their tenures have been running for much longer than the Lok Sabha MPs.

Prime Minister Dr. Manmohan Singh recommended the highest amount of Rs 35 crore and had an utilisation rate of over 89%. CPM leader Sitaram Yechury utilised 91.13% (which is the highest among the five Rajya Sabha MPs) of the amount released.

We looked at five priority sector reports for inter-state comparisons of MPLAD spending of the current Lok Sabha (since 2009) members and Rajya Sabha MPs. The sectors are:

4) Sanitation and public health; and

Ten states have been selected on the basis of population and representations in the Lok Sabha and the Rajya Sabha.

MPs from Andhra Pradesh recommended projects worth Rs 179 crore for more than 18,000 projects followed by Uttar Pradesh where MPs spent Rs 147 crore. Bihar and Karnataka are the states with low sanctioned funds of Rs 4.72 crore and Rs. 15.30 crore, respectively.

Table 5: Bengal MPs Spent The Most

Funds have been allocated for ambulances, mobile dispensaries, crèches and anganwadis, procurement of hospital equipment for government hospitals, building hospitals and other health and family welfare projects.

West Bengal sanctioned Rs 106 crore for completing 1,849 works. Gujarat has seen allocation of only Rs 13 crore for the health and family welfare sector. Bihar and Karnataka have seen low spending of only Rs 4 crore and Rs 6 crore, respectively, till now.

By creating more than 6,000 works and spending Rs 182 crore, Maharashtra is ahead of the rest of the states while Bihar spent the least amount of Rs 3.66 crore.

While the spending of funds, like any other government scheme, is not a measure of the outcome, it’s a good start to assess a Member of Parliament’s dedication and efficacy in delivering services and development to the constituency that elected him or her.