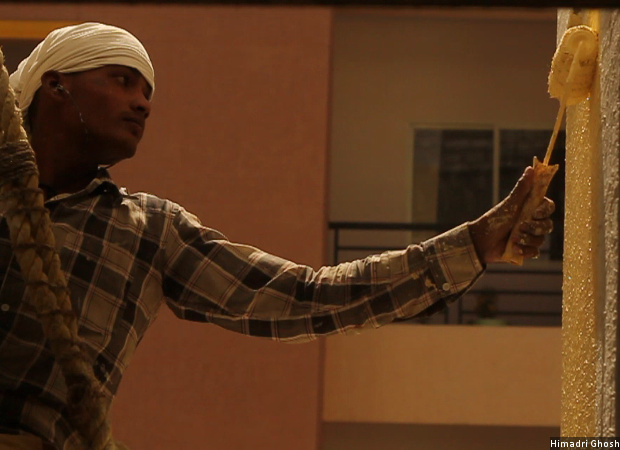 Raju Rai was 17 when his mother was diagnosed with cancer, forcing him to leave his village in Jharkhand's overwhelmingly rural Jamtara district in search of a livelihood. He's 22 now and earns Rs 10,000 a month, painting buildings in Bangalore, about 1,980 km to the southwest.

"As a gift, God gave us poverty," said the lean, unsmiling young man, whose chief ambition is to save enough money, find his sister a "good man" and get her married with dhoom-dham (in style)."

Rai's story is common among many of the 307 million Indians who report themselves to be migrants by place of birth, according this 2001 census report (the 2011 data are not final).

Men primarily migrated long-distance as migrant labour to earn more money--marriage was a prime reason for women--and an IndiaSpend analysis found that migration largely correlates with a state's investment in infrastructure.

Bihar, Jharkhand and Uttar Pradesh are among the states with lower infrastructure spending and low per capita incomes.

So, India is witnessing wide variations in per capita income and growing levels of distress migration from low-income states, experts said.

“Such large flows of migration from village to city have unsettling political and economic effects,” said Sukumar Muralidharan, fellow at the Shimla-based Indian Institute of Advanced Study, a think-tank run by the ministry of human resource development.

Infrastructure is important, but there are other reasons

While infrastructure appears to be the overwhelming link between per capita income and migration, there are important exceptions.

Himachal Pradesh has the highest per capita infrastructure spending but its per capita income continues to be low due to various reasons.

Maharashtra and Delhi have high in-migration rates, accounting for 16.4% and 11.6% of the country’s total migration. The large inflow of people into states like Maharashtra (nearly 8 million in 2001) and Delhi (over five-and-a-half million in 2001) is because of the opportunities they offer.

The precise reasons are not clear, but uneven geography, diverse demography, culture and politics could be reasons for the breaks in pattern, experts said. Attention to the social sector, as in Kerala, is an explanation.

Although the responsibility for promoting equity and equitable development is shifting to the states, as IndiaSpend has reported, the Centre has a role, said Ajitava Raychaudhuri, professor of Economics, Jadavpur University. "States need pragmatic planning," he said. "Equity across states needs focused intervention from the Central government. "

The importance of backward regions, under-invested sectors and local jobs

In the power sector, the thumb-rule is that every rupee invested in generation should be backed by an equivalent sum invested in transmission and distribution, said IIAS' Muralidharan.

Unplanned investment can be as responsible as low investment for disparities, some argue.

Samantak Das, chief economist and national director at Knight Frank India, a global real estate consultancy, explained that vote bank politics is causing disparities as people from backward states depend more on their leaders, and leaders of all hues take advantage to translate this into votes.

Raychaudhuri said the future can be secure only if capital expenditure and environmental planning are increased simultaneously.

As evidence grows that the job-creating potential of large industry is falling in India, migration appears to be growing.

India’s urban population has grown faster than its rural population since the last Census, according to provisional 2011 census data.

The proportion of migrants in the urban population was 35% in 2007-08, when measured by the National Sample Survey.

This intermingling plays out in growing reports of conflicts with outsiders in various Indian states.

“Migrations lead to ethnic and cultural stereotyping and intolerance towards people seen as different due to competitive politics," Muralidharan said.

Since infrastructure spending is a major factor in economic growth, it is important that related budgetary allocations rise to India's more backward states, particularly their backward regions, said Sidhartha Mitra, head of the economics department at Jadavpur University.

The exceptions to the rule indicate, he said, that social-sector spending is equally important.

This story has been updated to reflect that Himachal Pradesh has the highest per capita infrastructure spending.