Why Natural Gas Prices Are A Bone Of Contention 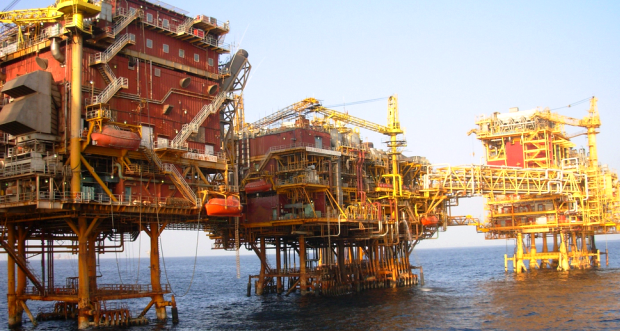 A fierce public debate on the price of extracting and then selling natural gas from an oil well under India’s jurisdiction, borne by the taxpayer, is also causing some confusion in the minds of those trying to get to the bottom of it, at least conceptually.

Officials of the newer Aam Aadmi Party (AAP) shoot off an allegation and Reliance Industries (the company which is drilling for it) or RIL promptly responds to it. Now the Election Commission (EC) has also joined the party –it ordered a long proposed increase in natural gas prices to be delayed till the end of India’s 2014 general elections.

The heart of the problem is a simple issue – can the same product be sold for two (or more) different prices, a market price and a government dictated or administered price (APM)? In essence, this is what is happening for natural gas. To complicate matters, the APM price gets revised every few years.

Obviously, this creates two vested interests – the gas suppliers and the gas buyers. Both will try to get a decision that favors them, and at least one of them (sometimes both) will be unhappy with the outcome, no matter what it is.

According to a statement made in Parliament, domestically produced natural gas is sold in India from prices ranging from $3.5/unit to $6.79/unit (FY12). Natural gas from RIL’s KG-D6 field is being sold at $4.2/unit. Meanwhile, imported liquefied natural gas (LNG) was priced at $13.4-16.4/unit. The current prices of LNG are even higher, up to $18/unit.

The gas price revision that was due on April 1, 2014, was actually an attempt to simplify this situation. On that date, a formula would kick in to decide gas prices. This methodology had been suggested by the Rangarajan Committee, headed by former Reserve Bank of India governor Dr. C Rangarajan. The key recommendations were:

2) Gas price would be notified on a quarterly basis

3) Gas price calculation would have the following parts:

* Calculation of weighted average price for all Indian imports

One of the problems with this formula is that natural gas benchmark prices can vary widely as well – since gas cannot be freely traded, unlike oil. Therefore, no matter what the ‘formula’ price is, it will be higher than some of these figures and lower than others. Figures can be selectively picked to show that consumers are either being ripped off or heavily subsidized.

How did it come about?

To use a cliché, it’s complicated. Just like crude oil, India is also short of natural gas. Unlike crude oil however, natural gas cannot be easily imported. Till 2003, the only gas available in India was what ONGC produced. In that era, prices of almost all petroleum products (including natural gas) were dictated by the government, a policy referred to as the Administered Price Mechanism (APM).

Since natural gas was in short supply, use was prioritized. The fertilizer sector was deemed critical and would have top priority. Also, the price was very low – much below the price of natural gas in other markets such as the US. Since the gas was produced by a government owned company (ONGC), it didn’t matter.

Two events that took place 10 to 12 years ago promised to change the situation. In 2002, Reliance discovered natural gas at the KG-D6 field. Then, in 2004, India’s first LNG import terminal was set up at Dahej (Gujarat). LNG imports started in 2004 and these prices were much higher than the APM prices.

Despite some concerns, commercial users picked up as much LNG as could be delivered. This created a problem – the same product, natural gas, was being sold at two widely different prices – APM rate and market rate. Later on, when Reliance started producing natural gas from the KG basin, it got yet another price.

The reasoning was that because Reliance had invested large sums in developing this gas field, it had to be given a fair return on its investment. It is this price that is causing the heartburn.

During 2012, India imported approximately 25% of her natural gas requirements. India’s gas production has fallen in the past 3-4 years because Reliance’s KG-D6 field has run into some complications. Production is now less than half of what it was originally expected to be. That has led to yet another set of allegations about the company deliberately not producing gas, but we are not going to look into that yet.

Perhaps one solution is to free natural gas pricing. Allow customers to freely bid for natural gas and buy it from suppliers. This price, whatever it is, cannot be contested. This mechanism already works very successfully for imported LNG – without any allegations of corruption or crony capitalism. Meanwhile, sensitive sectors such as fertilizer can be provided subsidy to make up for the higher cost of raw material.

Whichever way it goes, it might be difficult to resolve this issue the way things are. Moreover, the current policy also ignores the lesson that was (painfully) driven home by the 2G telecom spectrum scam – natural resources are best auctioned!