Why Maharashtra’s Flagship Scheme For Girls Benefits No Girls 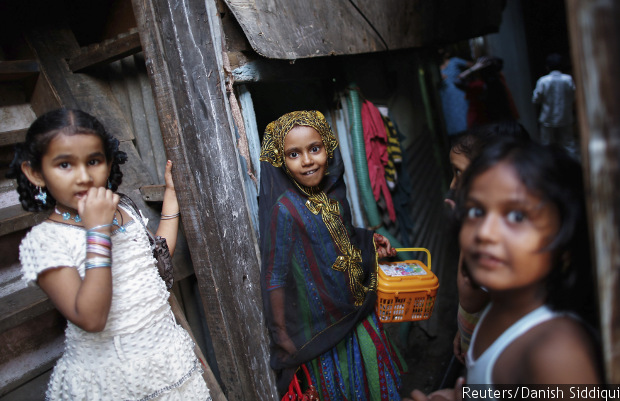 Mumbai, Pune: An 11-month-old ambitious, flagship Maharashtra programme that offers incentives to families and village councils to keep and nurture girls burdens mothers with family planning needs, has been crippled by unfulfilled government commitments--and has benefitted no girls, reveals an IndiaSpend investigation.

Majhi Kanya Bhagyashree (My Fortunate Daughter) has no beneficiaries in any of the 36 districts in India’s richest state, according to the latest government data (as of February 2017), disclosed in a right-to-information (RTI) reply, which compiled 38 responses received over two months.

The prime reason for the failure could be a criterion that families find hard to fulfil or balk at: A tubectomy certificate that each mother must submit, to reassure government officials that the family will not take the money and have sons. But the programme has also been stymied by the government’s failure to pay associated insurance premia, its inability to galvanise frontline health workers and do anything about these failures.

The state’s women and child development minister, Pankaja Munde, and minister of state, Vidya Thakur, could not be reached for comments. Munde’s phone was switched off on the three attempts that we made to call her and she did not respond to an email and two reminder emails that were sent. Thakur too neither responded to calls that were made thrice nor to the two text messages that were sent. Dadabhau Gunjal, officer on special duty to Munde, said he was not authorised to speak to the media. We will update the story if and when we receive a response.

Benefit amount in the name of each girl child

In case of single girl child in BPL families

In case of two girl children in BPL families

There were around seven million BPL families and around 16 million APL families statewide on December 31, 2014, according to government data.

“Rs 25 crore was allocated for this scheme for the year 2016-17. Until now, none has been spent,” said a February 27, 2017, reply from the Integrated Child Development Services (ICDS) commissionerate in Navi Mumbai to a Right to Information (RTI) application filed by the author.

The unspent money includes Rs 1.25 crore (5% of the allocation) for publicity. However, expenditure data of the scheme for March 2017 on the state finance department’s Budget Estimation, Allocation and Monitoring System shows that Rs 21.82 lakh has been utilised under the head ‘advertising and publicity’. There is no expenditure under the remaining budget heads--Grant-in-aid (non salary), rewards, other administrative expenses and other charges--meaning no beneficiaries.

Other welfare schemes are either for specific target groups, such as victims of atrocities, destitute women, orphans, and pregnant women, or are implemented only in select districts and provide services such as training, counselling etc.

Maharashtra also has the most court or police cases filed of any state against sex determination (512) after Rajasthan, which has 621 cases, according to this 2015-16 report of the ministry of health and family welfare.

The programme offers wide-ranging incentives: Family incentives we mentioned; a gold coin worth Rs 5,000 for paternal grandparents with one or two granddaughters and no grandsons; Rs 500,000 to gram panchayats that improve their child sex ratio, to utilise for “girls’ development”--the guidelines do not provide details.

Unlike the earlier Sukanya scheme that paid Rs 100,000 after girls turned 18, Majhi Kanya Bhagyashree grants phased benefits and only after ensuring that the cash previously given was used for the purpose it was intended.

Families must submit yearly school-attendance records to be paid. Their daughters will then get Rs 100,000 at age 18, irrespective of family income, on condition that at least Rs 10,000 would be invested for self-employment or higher education--opportunities that elude most women because of early marriage.

Why a tubectomy certificate has become the chief hurdle

No applications to the programme are considered until mothers certify that they have been sterilised--in other words, undergone a tubectomy.

The programme’s own officials see this as a hurdle because couples balk at submitting to tubectomies as a means of birth control.

“There are many couples who have only two daughters, but are following other means of birth control. When we approached one such couple to inform them about the scheme, they gave to us in writing that they did not want its benefits,” said an official--requesting anonymity--from the old Khar-Santacruz child development project office in the western suburbs of Mumbai. The office has not found any family willing to apply.

Two applications that his office received had to be rejected, according to Rahul More, child development project officer of Ambernath in Thane district. “Both applicants could not produce the family planning operation certificate,” according to the RTI reply dated March 7, 2017.

Similarly, until March 22, 2017, no application for the scheme had been received at 10 urban child development project offices in Mumbai - Kurla, Tunga Mohili, Bhandup (East), Bandra (West), Jogeshwari, Shivajinagar, Trombay, Wadala-Sewri, Redlight area and Borivali areas in Mumbai, according to RTI replies received by the author from offices of these areas.

In Ahmadnagar--a district marked as gender-critical for low child sex ratio under Beti Bachao, Beti Padhao Andolan--the government has not received any application from any of the rural child development project offices in 14 talukas (administrative divisions), according to a March 16, 2017, RTI reply from the section officer, women and child development department, of Ahmadnagar Zilla Parishad (district council).

The urban child development project office in Bhusaval town in Jalgaon--another gender-critical district--too had received no application, till March 8, 2017.

A programme to nurture girls puts onus of sterilisation on women

While the Beti Bachao, Beti Padhao aims to “challenge mindsets and deep-rooted patriarchy by empowering women on a life cycle continuum”, Majhi Kanya Bhagyashree puts the onus of birth control solely on women.

This approach contradicts the women and child development ministry’s draft National Policy on Women 2016, which calls for a change in the focus of sterilisation from women to men.

Female sterilisations in Maharashtra accounted for 50.7% of all family planning methods among currently married women, compared to 0.4% for male sterilisations, according to the National Family Health Survey, 2015-16. Data compiled from district fact sheets also showed the bias against women as no men underwent sterilisation in 17 of the 35 districts surveyed.

“I handle many schemes. I cannot speak to you in specifics about any one scheme,” Vinita Ved Singhal, principal secretary, state women and child development department, told IndiaSpend.

Other senior officials admitted that population control was an unstated objective of Majhi Kanya Bhagyashree. “Hence, the scheme has been linked to sterilisation,” according to a senior official from the state women and child development department.

“Also, if we remove this condition, the scheme’s expenditure will increase,” said the official. “People’s mentalities won’t change any way.”

The replies from child development project offices of some areas showed how the government had failed to reach out even to beneficiaries who have undergone tubectomies.

“We have selected eligible applicants but there are no further guidelines on how benefits are to be transferred or which agency or authority these applications are to be forwarded,” said Prema Ghatge, child development project officer of Vikhroli-Kanjurmarg, new Khar-Santacruz and Mankhurd areas. “The process to disburse benefits under the scheme is yet to be streamlined.”

Satara district had received the maximum number of applications--58--till March 23, 2017, and 27 have been selected for further procedures.

Sangli district too had received 50 applications till March 31, 2017, with all of them being selected.

There are other hurdles to the programme--unfulfilled government commitments--that have not yet been addressed.

A government resolution dated March 7, 2017, said an agreement with the Life Insurance Corporation of India (LIC), the agency that will distribute final benefits, has not yet been signed.

The scheme says the government will deposit Rs 21,200 with the LIC in the name of a girl after birth, paying a Rs-100 premium every year towards what is called the Aam Aadmi Bima Yojana (Common Man Insurance Scheme), which would also be started for the girl’s parents.

Families can then claim the final payout of Rs 100,000 when their daughter turns 18, provided she is unmarried and utilises Rs 10,000 for higher education or self-employment.

The state has also not galvanised its 88,272 aanganwadis--courtyard shelters or government-run centres that provide preschool education to children below the age of six years, as well as health, immunisation and nutrition services to them and to pregnant women and lactating mothers--which have been tasked with carrying out surveys in their jurisdiction and handhold parents in applying for the scheme.

“There are no written instructions yet to implement this scheme,” said Sneha Ghogre (name changed), an aanganwadi helper from a slum near Aundh in Pune. “Besides, we are already overburdened.”

Aanganwadi workers also said they were already underpaid for the work they do.

“We play a vital role in mother and child healthcare,” said Ghogre, who has not publicised the programme, a reason for the absence of applications from the slum where she works. “Yet, our salaries are so low.” She has taken up another job to meet her needs.

Aanganwadi helpers and workers get monthly honoraria of Rs 2,000 and Rs 4,113, respectively--lower than the state’s minimum wage.

The programme, said officials, did not address other issues rooted in gender discrimination. For instance, families that also have male children cannot apply, leaving girls in these families particularly vulnerable.

“We have come across families where daughters are discriminated against more if they have brothers,” said an official from the old Khar-Santacruz child development project office.

The incentive declines if there are two girls. While Rs 3,000 is granted every year to a single girl for her secondary and higher secondary education from grades VI to XII, two girls get no more than Rs 1,500 every year.

The explanatory guidelines issued on February 22, 2017 have failed to address these problems.

“Minutes cannot be made available as there have been no meetings of these committees,” said RTI replies from women and child development department and the ICDS commissionerate dated February 16 and February 27, 2017, respectively.

(Kulkarni is a Mumbai-based freelance journalist, who has worked with Haqdarshak - a social enterprise, Mazdoor Kisan Shakti Sangathan - a non-party people’s political organisation and Hindustan Times - a newspaper.)