Why Judicial Reform Should Start With Lower Courts 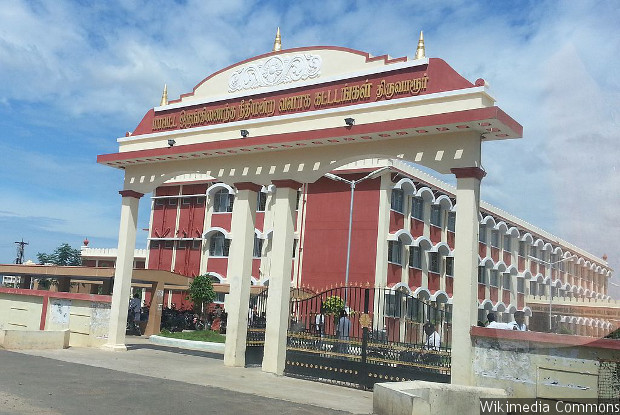 Of the 30 million pending court cases in India as of December 2014, over 80% are in district and subordinate courts, which are short of about 5,000 (23%) judges. But filling vacancies may not be the universal answer, according to our analysis, which found only a weak direct correlation between shortage of judges and performance of lower courts.

India’s judicial delays are legendary, and its shortage of judges well-known, as IndiaSpend has reported (here, here and here). Yet, despite the constraints, some courts manage to perform better than others, sometimes significantly so. Data can help identify such courts, as well as their innovations and best practices, so that these can be replicated in other courts.

India has over 600 district courts. Identifying the high performers and replicating their best practices in other courts can make an immediate impact.

Here’s an example from Tamil Nadu.

Without standardisation in data across lower courts, their performance cannot be compared directly. So, we studied Tamil Nadu, whose average duration of pendency of cases approximates the national average.

Also, the Madras High Court is one of the few in the country whose latest annual report, for 2015, provides a detailed analysis of the lower courts under its jurisdiction.

Thiruvarur performs the best with an average pendency duration of just two years.

Cases accumulate when the rate of disposal is lower than the rate at which new cases are instituted. Tamil Nadu accumulated 43,973 cases in 2015. Of these, 36,945 were civil and 7,028 criminal cases.

Here’s a look at the best and worst performing district courts with respect to case accumulation.

First, the civil cases: Of the 32 districts in Tamil Nadu, only five are disposing of more cases than the number of cases instituted, with Ariyalur performing the best and Chennai the worst.

Chennai lower courts accumulate more than 6,000 civil cases each year, while Ariyalur courts dispose of 1,000 cases from its pending pile each year. If this continues, Ariyalur courts will dispose of all their pending cases in nine years, after accounting for new cases that will be instituted each year.

Next, the criminal cases: Chennai lower courts perform the best in disposing of criminal cases--they conclude 7,700 criminal cases more than instituted each year. At this rate, Chennai will dispose of all its pending cases in 5.4 years. This is far better than any other district in the state.

Coimbatore’s lower courts are the slowest in disposing of criminal cases too.

What vacancies have to do with efficiency

The answer would seem to lie in procedural innovations, which needs to be analysed and documented at the high performing courts.

Our key point is: District courts can learn from each other’s successes and failures. For example, Chennai courts may learn from Ariyalur courts how to better dispose of civil cases, and may learn from their own experience with disposing of criminal cases.

A nationwide analysis is possible if we have standardised data to compare lower courts across the country. There is an urgent need for collecting case data in a structured and standardised format across the various courts in India. This will enable deeper insights and precise policy prescriptions.

While long-term issues such as shortage of judges grab policymakers’ attention, they must also tackle the immediate problems. In the near term, immediate improvements are possible by horizontally replicating proven procedural innovations.