Why It Pays To Commit Crimes In Delhi 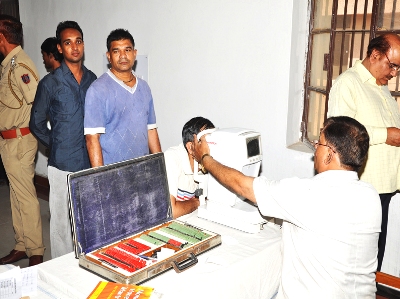 Delhi spends the highest amount of money per prison inmate, according to data released by National Crime Records Bureau.

Out of this expenditure, a total of Rs 765.87 crore was spent on the well-being of the country’s 372,926 prisoners, which is about 6% higher than the expenditure in 2010-11, which was Rs 717.57 crore. Expenditure on prison inmates mainly includes providing food, clothing, vocational education facilities, medical expenses, welfare and other expenses. 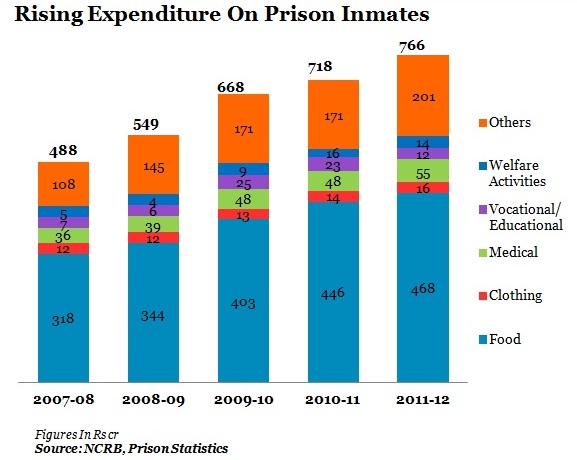 The expenditure on prison inmates has risen by about 56% from Rs 488 crore in 2007-08 to Rs 765.87 crore in 2011-12. The increase in expenditure has been driven mainly by the increase in expenditure on food and other costs. Medical and clothing expenses for the prisoners have also been increasing over the last five years. However, vocational & educational expenses have been fluctuating over the last five years but there is not enough data at this point to explain the fluctuations.

Let us now take a look at the states with the highest and lowest expenditure per prison inmate. Delhi spent the most on its inmates, Rs 70,754 per inmate, which is about two-and-a- half times more than the national average of Rs 20,537. Delhi spent about Rs 18 crore just on medical bills of prisoners, which is one of the highest in the country. It also racked up a bill of Rs 56.86 crore under the “Other Expenditure” head.

Nagaland comes in second by spending over Rs 58,000 per inmate. Interestingly, Maharashtra spent the least on its prisoners, spending Rs 16,283.5 per prisoner, which is also below the national average.

States With The Most Cons 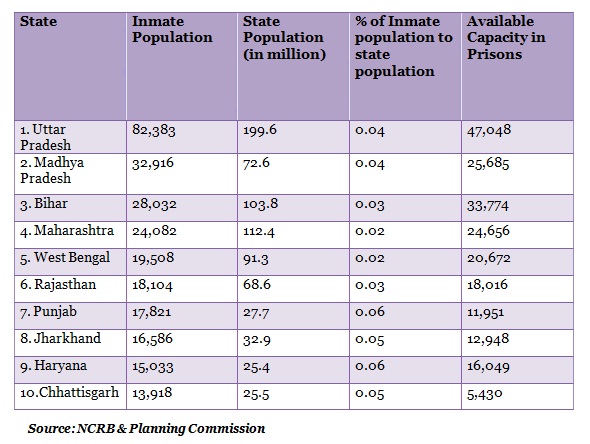 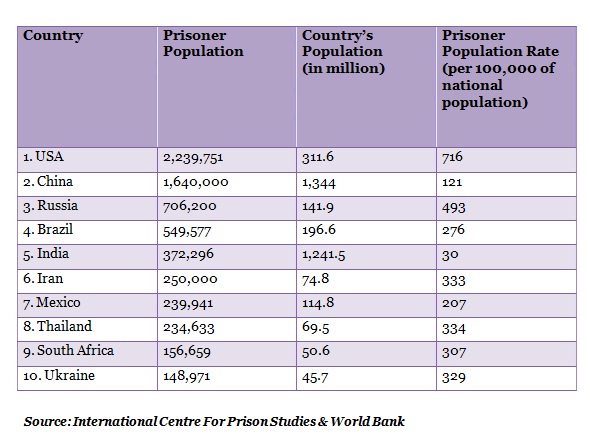