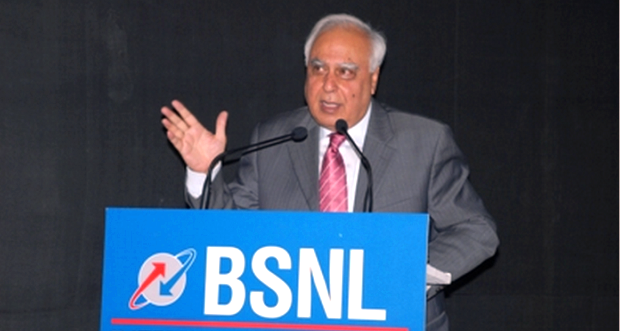 And continue to do so. Air-India is the one example we are all familiar with. And by the looks of it the two state-owned telecom companies, BSNL and MTNL, are set to join the list. With taxpayers footing the bill.

While Air India’s losses have been highlighted over the past several months, the telecom companies have attracted lesser attention. Because of their historical profits, the two companies are in a better position, at least compared to Air India. But the rate of but at the rate they are losing money, it may be a matter of time before they end up in ICU as well.

MTNL is a public sector telecom utility that provides landline, wireless and broadband services in Mumbai and Delhi. BSNL does the same for the rest of the country. The past few years have seen both PSUs slip into losses. For FY13, MTNL had a net loss of Rs 5,321 crore while BSNL recorded a net loss of Rs 7,884 crore.

This isn’t the first time – the two utilities have been incurring losses for many years. The last time they ended the year in profit was FY09. MTNL has also run up significant debt over the past few years as profits have eroded. These numbers are of concern because if the companies require fresh equity capital or debt restructuring, it would essentially be tax payer money. The value that has eroded over the past few years is also a loss to taxpayers, albeit notional.

To be fair, these are not the only telecom companies in trouble. Even private sector telecom players, including Bharti Airtel and Reliance Communications, have seen pressure on margins and profits as competition in the sector has intensified.

However, the two PSUs seem to be suffering much more. Both of them have seen a sharp decline in revenues over the past five years. In case of MTNL, revenues have fallen by almost one-third from FY10 to FY13. Worse, in the case of MTNL, just the employee costs (including retirement benefits) are higher than the entire revenue stream of the company!

One problem, according to the Government, has been the substitution of landline telephones, where these two PSUs were strong, by mobile phones. Their presence in mobile telephony - which is the bulk of the market today - is seriously limited. In case of MTNL, for instance, the company has a market share of 12% in landline telephones but just 0.42% in case of mobiles, making it an also-ran.

The situation is better in the case of BSNL but its not helping the overall numbers. The Government has identified some steps to turn around the two companies. These steps largely revolve around better sales & marketing, improving customer service, making bill payments easier and bringing out new tariff plans.

Obviously, the issue is with getting new customers and keeping them. In a competitive market place, this can be difficult for a public sector company, for various reasons, where among things, accountability is diffused. Incidentally, this is where the story runs on the same lines as Air India. The telecom firms and the airline operate in a space where they service the retail consumer and face tough competition from large private sector players.

If we look at the large and profitable Government firms – ONGC, NTPC, Coal India, PowerGrid, Gail and NMDC - the common feature is that they are either in natural resource sectors or are natural monopolies. Slow decision-making has an impact but it isn’t fatal – unlike the companies in retail-linked sectors.

Keeping that in mind, it would seem that the Government has two options here. The first would be to give the managements more powers and a freer hand in running the companies. The other option is to exit these businesses entirely so that they can run freely.