Why India's Milk Prices Are Soaring 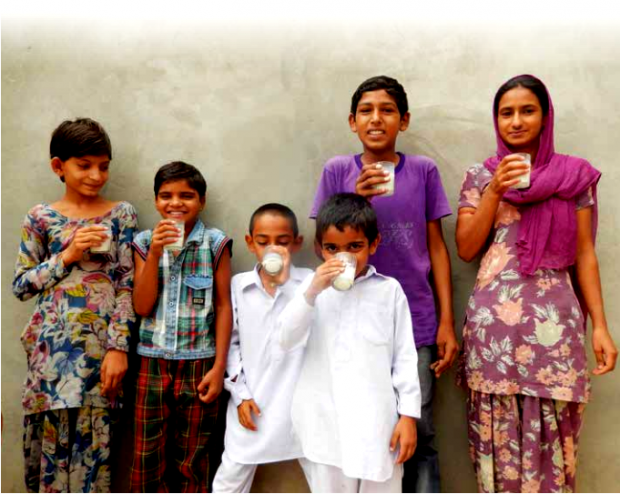 India's wholesale price inflation is now close to zero, but don't tell that to millions of parents who face relentlessly rising prices for milk—a great weapon against malnutrition—for their children every day.

There has been a rise of 10% in inflation rate in milk on a year-on-year basis. Similarly, the rate of inflation over the last six months has always remained in double digits.

India is the world’s largest producer of milk, churning out 16% global output, followed by USA, China, Pakistan and Brazil.

Let us now look at the inflation rate in terms of consumer-price index.

The inflation rate of milk and milk products was 10.24% in November 2014, compared with the same period last year. While the increase was 9.84% for rural households, urban India saw an increase of 10.97%.

The major cause of inflation, according to the government, is the rise in input costs. There has been an increase in procurement and selling price of milk over the last year, with an average increase of Rs. 4.02 per litre and Rs. 3.73 per litre, respectively.

According to a Food and Agriculture Organisation (FAO) report in 2013, although milk production in India has increased, low consumption remains an issue, along with high malnutrition. One reason for this could be that milk and milk products are simply too costly for millions of poor Indians.

India’s success story in milk is now well documented and mainly attributed to Operation Flood, a revolutionary movement in the 1970s executed through small scale cooperatives. The initiative, under the National Dairy Development Board headed by Dr. Verghese Kurien (called the father of India’s White Revolution), transformed India from a milk-deficient country to a milk-sufficient nation.

India’s milk production has increased from 116.4 million tonnes (mt) in 2009-10 to 137.68 mt in 2013-14, an increase of 18% in the last five years. The reason for the increase includes several measures taken by the government to increase the productivity of livestock. The per capita availability of milk is around 296 grams per day in 2012-13.

While the government has various schemes to promote production of milk and dairy products, these efforts may be falling short in tackling India's soaring milk prices.