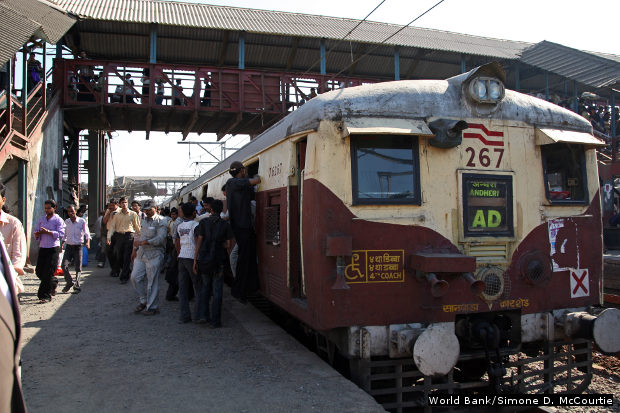 Every metropolitan rail system in India—and mostly across the world—runs at a loss, so the endeavour of these systems is always to reduce these losses. The 13-year-old Delhi Metro has proved to be adept at doing just that.

The 6-line metro system serving India’s national capital territory incurs a loss of Rs 0.47 crore less per km (2011-12) than the country’s three older suburban railway networks, and, as this writer’s analysis has revealed, Indian cities would do well to operationally merge both kinds of commuter services—the new metros and older Indian-Railway-run lines.

But since metros—whether in India or abroad—supplement income from other sources, including advertising and real-estate revenues, they make fewer losses, as the following data make clear:

Metro systems grow, but they alone will not be enough

Since 2006, four new independent metro projects have started in capital cities of India states. At least seven other metro projects are under construction, as IndiaSpend previously reported. As the table below suggests, this surge was particularly evident after the Delhi Metro began operations in 2002.

Getting Them Rolling: How Metro Railways Have Fared

This rash of metro-railway construction will help but it is by no means a solution for mass transportation in India’s burgeoning cities.

Impressive as this growth appears, the Delhi Metro has had to reduce its projected daily ridership, from 3.1 million to 2.18 million to 1.5 million—to be achieved by 2005, as Dinesh Mohan, Prof. Emeritus at the Indian Institute of Technology (IIT) Delhi writes in the Economic and Political Weekly. This target was to be achieved by 2005 but even by 2013-14 this did not happen.

He observes that the use of different modes of transportation in global high-income cities, as New York, London, Tokyo, Hong Kong and Singapore, suggests that metro rail does not account for even half of the commuters of those cities. Cars predominate, and as slowing traffic in Indian cities indicates, that is increasingly the Indian situation.

As the table below shows, losses are increasing on suburban railways:

The Mumbai suburban railway is the only network that has managed profits in recent years. Yet, it continues to contribute the second-highest share in all India losses and was Rs 0.42 crore per km costlier than the Delhi Metro (in 2011-12).

A happy marriage could be the way forward

In 2013, the central government drafted a consolidated policy for Metro rail projects, anticipating proposals from about 34 cities with a population of a million or more.

Metro projects involve investments ranging between Rs 3,000 crore to Rs 40,000 crore, as IndiaSpend has reported. Such sums come primarily from international finance agencies, as in the case of the Delhi Metro, whose first three phases were funded 60%, 54% and 49%, respectively, by the Japan International Cooperation Agency.

Although metro rail provides an ideal solution for point to point transport, the more cost-efficient method would be to integrate suburban rail networks with metro rail, as has been envisioned for the Chennai Metro and Chennai MRTS.

By tapping into non-fare-box revenue options, as the metro systems do, suburban rail networks can cut down on their growing losses. This apart, a merging of networks will make commuting easier, connections better and attract more commuters.

(Chaturvedi is an independent journalist and a blogger at opiniontandoor.blogspot.com)