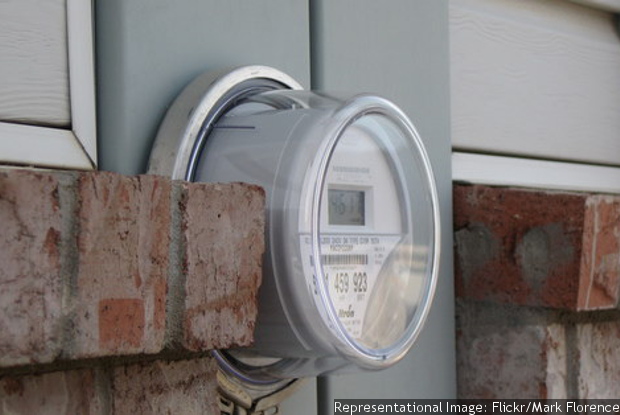 Energy Efficiency Services Ltd (EESL), a joint venture between several public-sector enterprises helmed by the ministry of power, invited bids to procure 5 million ‘smart’ meters to be deployed in Uttar Pradesh and Haryana in August 2017. However, in this first large-scale rollout of smart meters, EESL may not have chosen the smartest technology, an IndiaSpend analysis shows.

Unlike traditional meters that only record energy consumption, a smart meter is capable of two-way communication to also send information back to the electricity provider. In choosing GPRS (General Packet Radio Service that most mobile communications use today) over other technologies, EESL wants to use the existing telecom network to transmit data from smart meters, obviating the need for building a communication network from scratch and reducing upfront cost.

However, experts have told IndiaSpend, this technology may not be the most suited for India, which has poor mobile and data connectivity not only in remote and rural areas but even in large cities. Although EESL would avoid having to pay for installing new infrastructure, new meters may be obsolete every time 5G (fifth-generation) or newer technology comes in, requiring fresh expenditure. Also, GPRS-based meters would have monthly recurrent costs to be paid to telecom companies.

Smart meters use modern computer technology to enable a two-way flow of electricity and information, unlike traditional meters that only record energy consumption and can only be used for billing purposes. Deploying a smart, automated metering system would reduce meter-reading and data-entry errors and costs by removing the need for manual meter reading.

These meters would also estimate consumer demand, letting utilities forecast and contract power requirements more accurately, according to a 2017 analysis by the India Smart Grid Forum (ISGF), a public-private partnership helmed by the ministry of power. This is also essential for integrating renewable energy into the grid.

Smart metering is among the measures proposed under the Ujwal DISCOM Assurance Yojana (UDAY) to improve the financial health of power distribution companies (discoms), which would together cut aggregate technical and commercial (AT&C) losses from about 22% to 15%, and close the gap between the average cost of supply and the average revenue for DISCOMs by 2018-19, as IndiaSpend reported on April 13, 2017.

As per the power ministry’s strategy to roll out ‘advanced metering infrastructure’, smart meters are to be installed in phases, with those consuming 500 kWh (kilowatt-hour or unit) or more to be provided with smart meters by the end of 2017, those consuming over 200 units by December 2019, and all consumers getting smart meters by 2027. There are currently 52 million meters in India that consume over 200 units of power, of a total customer base of 250 million, according to ISGF estimates.

In October 2016, the CEA revised its guidelines to suggest that metering infrastructure be rolled out by area and by feeder (a wire that carries electricity from a sub-station to a transformer for further distribution to the consumer), with high-loss pockets taken up first.

Consumers are not to be charged for smart meters, and financially stressed power utilities have been unable to pay either. As a result, only 3% of the more than 5 million meters (5,011,620) recording consumption of over 500 units had been changed to smart meters by September 2017.

Therefore, EESL announced a smart meter bid in August 2017 for the states of Uttar Pradesh and Haryana. “These states grapple with huge aggregate technical and commercial losses, with latest figures for both states coming to an average of 39.35%,” EESL said in a statement to IndiaSpend.

EESL will make the upfront investment, and discoms will gradually pay it back from their cost savings. “The smart meters will help these states in not only significantly reducing their AT&C losses by way of increased billing efficiency, but will completely change the way in which electrical energy is presently being consumed and paid for by the consumers,” the statement added. AT&C losses include losses during transmission and due to theft and deficiencies in metering.

EESL will procure meters operating on the GPRS communication system using 3G (third generation) telecommunications technology, as used in cellular or mobile phones. However, this technology may not provide complete coverage, especially in rural and other areas with low connectivity, and may not bring all the benefits expected, an IndiaSpend analysis has found.

To function efficiently, a smart meter must reliably send data back to the server, and information technology (IT) systems should be able to pull these data out and process them.

“The trickiest part is communication between the meter and the control centre; that is the challenge,” Reji Pillai, president of the ISGF, told IndiaSpend.

Several competing technologies could be used for this communication, including GPRS, which uses a SIM card within the meter to send data to the server and is the one that EESL has chosen for the current procurement exercise. The others are radio frequency mesh (RF mesh) technology, which uses radio waves to communicate among groups of meters that send the data to a data concentrator unit (DCU) for further transmission to the server; and power-line carrier communication, which uses existing power lines to transmit data.

In an RF mesh network, about 200 meters send data to a data concentrator unit, which has a SIM card that sends this data through the telecom network to the server. This unit with a SIM card can be installed in an area with good telecom connectivity, and even optical fibres can be used to transmit data.

In a GPRS-based network, however, every single meter needs a SIM card to communicate with the server. All meters may not be located in areas with reliable, round-the-clock connectivity, leading to patchy data collection. In many cases, meters are installed in basements, where there is no connectivity.

The power line-based technology, on the other hand, enables the grid to transmit data on its own power lines. In practice, however, the network has shown poor results while wireless technologies have become cheaper and more reliable. In Indian conditions, where connections are constantly being added and power lines upgraded, the power line model is not ideal.

The CEA’s technical specifications say smart meters can use any of these technologies or their combination.

While EESL has chosen GPRS, private companies are going in for RF mesh, Jayanta Chatterjee, who has worked in managerial capacities at private distribution companies Calcutta Electric Supply Corporation (CESC) and Tata Power Delhi Distribution, told IndiaSpend. Tata Power is installing 250,000 meters using RF-mesh technology while CESC is running a large pilot in two localities in Kolkata, with 25,000 meters each, and will also replace 200,000 meters in Kota and 50,000 in Bharatpur with RF mesh-based meters, he said.

For efficient functioning, information from smart meters must be provided to the IT system at frequent intervals, but data transmission with GPRS technology is not fast enough when used for hundreds of thousands of meters, Chatterjee added.

A comparison by the CEA shows that GPRS cards will consume 10 times more power than the nearest comparable RF mesh technology, defeating the aim of making the grid more energy efficient.

GPRS is mainly designed for data download, whereas meter data is uploaded. GPRS bandwidth reduces to a quarter on upload

RF mesh has the same upload and download speeds

The advantages of RF reliability and low cost become more prominent in rural areas, but there is no distinct disadvantage in urban areas

99.9% of the network is independent of telecom operators

Since the GSM/GPRS card is always in communication mode, the power consumption is huge--more than 10 times that of the nearest comparable technology. A mobile phone balances between talk time and standby time, which is not the case with meters. For the 200 million meters that must be replaced, the power requirement will go up by nearly 240 MW

To address the issue of tampering, the modem needs to be sealed inside the meter. If GPRS technology gets outdated (which is likely as it is a very inefficient use of available bandwidth), all meters will again have to be replaced

The modem can be easily upgraded with new software

There isn’t a single notable installation of GSM/GPRS across the full spectrum of industrial/commercial/household/agricultural connections in the world. It is still restricted to small numbers for industrial and large commercial establishments

Thousands of RF meters are getting installed in electricity meters, gas meters and water meters worldwide every month

Running cost is Rs 300 per month

Negligible in comparison. In fact, total investment cost in RF technology can be recovered in one month’s operating cost of GSM/GPRS

In 2012, the CEA estimated that the fixed cost of a GPRS modem (required in each meter) was Rs 1,200, as against the Rs 300 that each RF-mesh modem would cost. Large tenders invite low bids: Larsen and Toubro, an infrastructure company, submitted the lowest bid (for single phase meters) of Rs 2,722 per meter (not including the goods and services tax), which is 40-50% lower than current market rates, according to this government press release dated October 9, 2017.

Yet, GPRS meters entail the additional monthly cost of recharging the data package for a fee, Pillai of ISGF said, while RF mesh-based meters’ operational costs are negligible.

In its statement to IndiaSpend, EESL reasoned that there is no point building a communications network when there is one readily available, and that not having to create such an infrastructure would lead to significant cost savings.

Pillai contests this cost savings claim, arguing that over a 10-year period, installation and maintenance costs for RF mesh-based smart meters would be lower.

EESL said it would ask telecom operators to increase capacity in areas where data connectivity is poor, which would be in their interest too: “They will be getting 50 lakh data points in the country.”

“If some of the meters in a bad network area are not giving you data in real time the whole purpose of doing this [installing smart meters] will be lost,” Abhishek Jain, senior programme lead for energy access at the Council on Energy, Environment and Water, a Delhi-based nonprofit, told IndiaSpend, adding, “We don't know how long this system will run when the telecom systems themselves will soon move to 4G or 5G.”

Although the EESL statement claimed GPRS is the most widely-accepted technology worldwide for setting up smart meters, the CEA comparison says there is not a single notable installation of GSM/GPRS across the full spectrum of industrial, commercial, household or agricultural connections in the world.

Pillai agreed with the CEA view, pointing out the exception of the UK “where they tried it and are rolling it out on a large scale… but they are experiencing a lot of blind spots, where they are now extending the GPRS network using RF mesh”.

The RF mesh technology, on the contrary, is being used in electricity meters, gas meters and water meters worldwide, the CEA comparison said.

The main benefit of smart metering is to identify power losses in real time through online energy accounting. This is feasible only if all the meters on a feeder are communicating in real time. With the GPRS system, this is not likely to be the case, Pillai added.

An alternative way to approach the digitisation of India’s electricity grid would be to let utilities choose a mix of technologies by giving them vouchers to buy their preferred meters, Johannes Urpelainen, founding director of the Initiative for Sustainable Energy Policy, a research programme that tests and implements better energy policies in emerging economies, told IndiaSpend over email.

“A technology-neutral approach would avoid the risk of locking in an inferior technology,” Urpelainen said. Given that EESL must recover its investment from discoms’ savings in coming years, a flexible approach would be in its interest.