Why India’s Children Have A Healthy Future 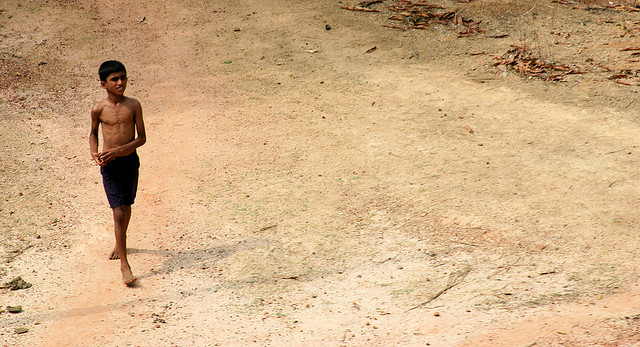 Is India winning the battle against malnutrition?

A comprehensive answer, for several reasons, would be yes. First, there is a downstream impact of economic growth and reduction in overall poverty numbers, most of which has happened in the last decade.

Second, it does appear that in many states of India, concerted and co-ordinated efforts by the Government are beginning to bear fruit. Also remember that most data on malnutrition goes back a decade.

Maharashtra is one example. It has reduced the number of underweight children and severe stunting sharply as compared to the national average.

A recent report by the Government, along with International Institute for Population Sciences (IIPS) and UNICEF, titled “Comprehensive Nutrition Survey of Maharashtra”, claims that ‘stunting and wasting’ children has come down by 15%.However, when you adjust for ageand size, the decline is 12.5% which is still quite a good performance.

While the decline in malnutrition is being attributed to direct reasons like effective implementation of Government programmes and indirect reasons like increase in income, reduction in poverty and improved education of women, it has been a long-drawn effort that involved all sections of the society.

It can be seen from the table above that almost all categories of child malnutrition have shown a decline in the state. While thehighest percentage change was seen in stunting of children under the age of 3, there has also been significant decline in the percentage of underweight children.

So, how has the Government managed to achieve this? Thesuccess can be broadly divided into two main reasons: direct and indirect.

Improved access to child welfare programme like Integrated Child Development Scheme ( ICDS) at health centers and improvement in ICDS services by increasing the number of health workers have been the key direct reasons for the success. Other reasons include reduction in early marriages, more children getting vitamin A doses and health supplements to expectant mothers during pregnancy.

The percentage of children receiving vitamin Adoses have increased from 37.7% to 48.2% during the same period. IndiaSpend had written in an earlier report the important role vitamin A can play in reducing malnutrition.

The health of the mother is of utmost importance to ensure nutrition for the child. And there has been an improvement on many counts on this frontincluding necessary medical care and increased usage of dietary supplements like iron and folic acid. The number of ante-natal visits to primary healthcare centres have also increased from 75% to 89.6%. Similarly, the numbers of institutional deliveries or deliveries in hospitals have gone up from 66.1% to 88.1%.

Now let us look at other factors that have improved the malnourishment number. There are also some non-health related factors like increase in per capita income, decline in poverty rates and so on.

Source: Maharashtra Economic Survey 2013-14, figures in percentages and are based on the Tendulkar methodology.

Another important reason could be the education of women. Mothers who have completed 10 years of schooling, in percentage terms, increased from 32% in 2006 to 42% in 2012.

And the Government has been increasing its spending on nutrition.

From the table above, we can see that the Government has almost doubled its spending over a period of three years from 2009 to 2011.

The state has implemented many programmes like the supplementary nutrition programme under ICDS, the mid-day meal programme and the Indira Gandhi MatritvaSahayogYojana (IGMSY).

And the Government has filled vacant positions of healthcare workers in the state.

Source: Ministry of Women and ChildDevelopment

We can see that vacancies filled have improved from 74.5% in 2009 to 94.8% in 2013. This has improved access to services for many people, and thus helped reduce the malnutrition figures in the state.

The improvement in Maharashtra’s malnutrition figures is more of a combined effort of both the Government and the civil society. And is a good example of how Government can get things moving. The areas that still remain unaddressed include poor access to sanitation and access to improved waters sources.

Lawrence Hadad, a Senior Research Fellow in the International Food PolicyResearch Institute (IFPRI) who conducted a study on the subject concludes that: “The rate of decline is spectacularbut it was 10 years in the making and required sustained commitment from a whole range of partners on the ground and the media, civil society and the Government.”