Why India Needs To Step On The Gas 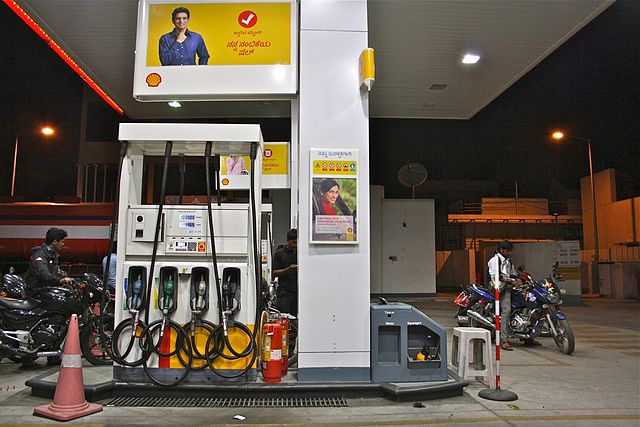 Apart from the humanitarian tragedy, the latest crisis in Iraq also underlines India’s vulnerability to crude oil imports from the Middle East.

The dramatic gains made by the militant group Islamic State of Iraq & Syria (ISIS) have pushed up crude oil prices – the price of the Indian crude oil basket has risen from $106.88/barrel in the beginning of June to $109.39/barrel in early July.

As India imports nearly 3.9 million barrels a day of crude oil, this increase has an immediate impact on the country’s import bill. The rise in oil prices is also partly responsible for the recent hike in petrol and diesel prices. Apart from the rising crude oil price, India is also vulnerable to physical disruptions in oil supply from West Asia in case the unrest spreads. This is because over 60% of India’s crude oil imports come from this region – Saudi Arabia, Iraq, Kuwait, Iran and UAE. As long as Indian economy continues to use imported crude oil in a big way, we shall remain vulnerable to such disruptions.

Replacing these imports with domestic production isn’t an option – there isn’t that much oil. Importing crude oil from other sources – such as Venezuela, Canada and Russia - can help reduce risk of supply disruptions but higher prices will still hit us.

One way to reduce our dependence on crude oil is to consciously shift towards natural gas. Remember, crude oil isn’t used in its raw form – it is processed to yield transport fuels such as petrol and diesel and cooking fuels such as LPG and kerosene, which are used by consumers. During 2012-13, almost two-thirds of India’s petroleum consumption (refer Table 1) was in the form of diesel, petrol and LPG. Natural gas has the potential to replace all three.

In several large cities, including Mumbai and Delhi, piped natural gas has replaced LPG cylinders in many households. Mahanagar Gas in Mumbai supplies piped gas to 0.7 million households while Indraprastha Gas in Delhi delivers gas to 3.9 lakh households. India also has over 1.2 million vehicles which run on compressed natural gas (CNG). However, these vehicles are mostly confined to a handful of urban pockets, including Mumbai, Delhi and Surat. As filling stations are few.

The Government needs to nudge more users, particularly diesel users, towards natural gas. Most of diesel consumption in India is by heavy truckson highways. Therefore, conversion to CNG will require investments in infrastructure – filling stations and pipelines along highwaysalong with a mix of legal measures and financial inducements.

Natural gas has three advantages over crude oil. Firstly, it is cheaper than crude oil for providing the same amount of energy (Table 2), by approximately 20%. Natural gas is also less polluting compared to liquid fuels such as diesel and petrol. Less carbon dioxide is produced on burning natural gas, and it doesn’t contain other pollutants such as sulfur and nitrogen oxides. This is one reason why higher income countries such as Germany, US, Japan and UK use more natural gas. Even in India, early use of natural gas as auto-fuel (in Mumbai and Delhi) happened because of environment concerns.

The third major advantage of natural gas is that it is geographically more widespread compared to crude oil. India has the option of importing natural gas (as LNG) from Russia, US, Australia, Canada and Mozambique – which are not in politically unstable West-Asia and are much more stable.

India currently has the necessary infrastructure to import 25 million tonne/year of liquefied natural gas (LNG)of which almost half is unused. The Government also needs to encourage domestic production of natural gas by companies like ONGC, Reliance, Gujarat State Petroleum and others by providing remunerative prices for the fuel. The ongoing controversy on natural gas prices isn’t helping investments in gas production or the nation.

One priority for the Government must be to encourage increased use of natural gas. This can be done through incentives to auto manufacturers to make more gas-driven vehicles and to consumers to use them. This has to happen concurrently with investments in natural gas infrastructure such as pipelines and filling stations. Oil companies needs to be provided with incentives/guidelines to make those investments.