Why India Needs To Count Its Broken Toilets 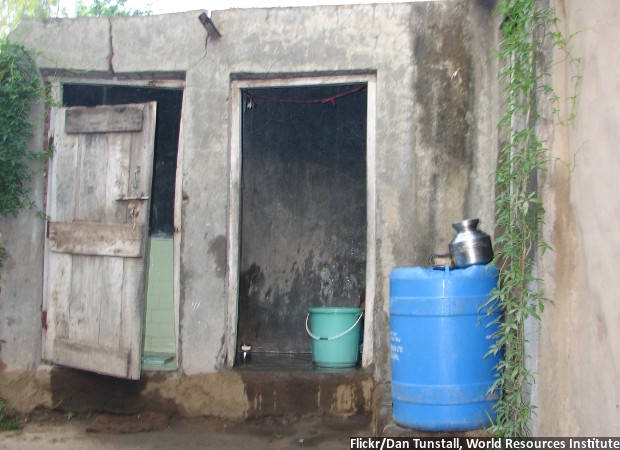 In 2016, as many as 96.5% of rural elementary government schools in India had toilets, but more than one in four toilets (27.79%) were dysfunctional or locked, according to data collected for the Annual Status of Education Report (ASER), a citizen-led survey on the status of elementary education in rural India. About 68.7% of schools had working toilet facilities for students.

In 2016, the ASER survey was conducted in 589 out of 619 rural Indian districts, and surveyors visited 17,473 schools. ASER has been collecting data on water and sanitation infrastructure in schools since 2009.

The proportion of schools with toilets increased 7.43 percentage points from 2010 to 2016. Functional toilets have increased 21.45 percentage points in the same period. But the rate of progress is now slowing, and government agencies do not collect data on useable toilets-- that is if existing facilities are working and useable.

India’s National Sample Survey, the District Information System for Education (DISE), and the Census, which are the main sources of data on water and sanitation-related indicators, do not measure the usability of sanitation infrastructure.

The working and usage of sanitation facilities is ignored because of an overemphasis on the availability of this infrastructure. In states where the gap between availability and functionality is massive--a common occurrence in north-eastern and central states--focusing only on availability of toilets can be misleading to policy makers and analysts.

The percentage of schools with toilet facilities, in terms of availability has been reported in the high nineties for the past few years, which lines up with the vision of universal sanitation in schools. According to this data, India now seems to be tackling a “last-mile problem” i.e. India only needs to make a little more effort to get to 100% availability of toilets in schools.

But this encourages complacence about water and sanitation in India. When we look at data on working toilets, we realize that India is far from achieving near perfect, universal sanitation in schools.

If we consider merely the availability of toilets, no red flags would be raised regarding these schools, despite the fact that students would continue to lack access to working toilets.

This gap between usability and availability is also observed in states that have better development indicators. In Kerala, 100% of schools had a toilet, but 18% were found to be unusable in 2016. Further, access to working toilets reduced over time. In 2014, fewer toilets were unusable (15.2%) in Kerala schools.

Why stop at reporting availability of toilets when evidence suggests that a lot of these toilets are unusable? The implementation of sanitation policies and the impact these policies have on student wellbeing will be best measured when we emphasize usability of toilets. In the context of the Swachh Bharat Abhiyan--Gramin (Clean India Campaign--Rural) and Swachh Bharat Swachh Vidyalaya, (Clean India Clean School) measuring usability of sanitation infrastructure becomes even more important. Broken toilets do not bring us any closer to realizing the vision of Swachh Bharat (Clean India).

Falling rates of improvement in sanitation

While a growth in the percentage of schools with working sanitation provisions has been reported over time, this improvement is slowing across most states in India, even as sanitation has been at the forefront of India’s political discourse, and funding for sanitation policies has increased significantly in the past few years.

One of the reasons for high dropout rates and non-enrolment for girls in rural India could be the lack of toilets in schools, and thus it is worrying that improvement in working sanitation facilities for girls has also slowed down.

It is only when we look beyond availability of toilets, and take into account the large gap between usability and availability of sanitation infrastructure in India, that we can make more nuanced arguments about indicators like rates of improvement in sanitation and gender parity, and make better policy to meet these challenges.

(Bhattacharyya leads the water and sanitation activities of ASER Centre. Gangwar is an undergraduate student of political science and economics at Ashoka University, Haryana, and recently interned with the ASER Centre.)