Why India Inc Struggles With Women On Its Boards 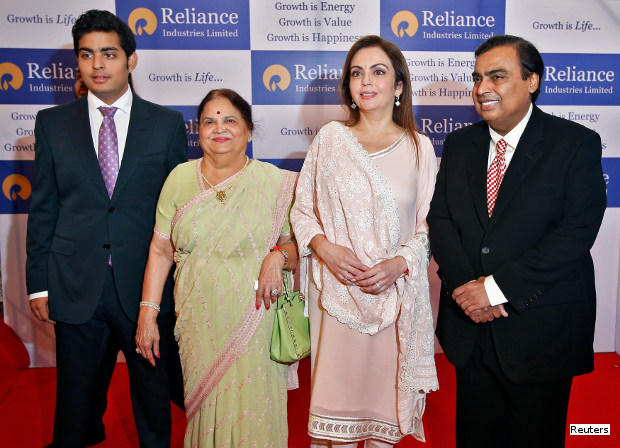 Mumbai: After a year, two deadlines and a threat of fines, more than 70% of India’s top companies have made only token appointments of women to their boards—indicating a small pool of talent, an inability to retain women in the workforce and a plain reluctance to induct them.

An IndiaSpend analysis of the CNX-Nifty, a stock index of 50 leading companies across 23 sectors, revealed that only five—Axis Bank Ltd, Bharti Airtel Ltd, Idea Cellular Ltd, Infosys Ltd and Ultratech Cement—have as many as three women directors on boards that vary from 7 to 17 members:

THREE WOMEN DIRECTORS ON BOARD

TWO WOMEN DIRECTORS ON BOARD

Women With Two or More Directorships on Nifty Company Boards

Companies With Only Family Members As Women Directors

COMPANIES WITH ONLY FAMILY MEMBERS AS WOMEN DIRECTORS

The data are current as of April 20, 2015, 20 days after the deadline extension to a process started in February by the market regulator, the Securities and Exchange Board of India (SEBI).

On deadline day, March 31, 245 of 1,475 companies listed on the National Stock Exchange were found not to have appointed any women to their boards, according to Prime Database, a capital-markets research company.

Companies that missed the deadline but appoint a female director before June 30 must pay Rs 50,000 as fine, a SEBI order said. A additional daily fine of Rs 1,000 per day will be added for companies that obey between July 1 and September 30. After October 1, the fine rises to Rs 1.42 lakh and Rs 5,000 for every day of disobedience.

Mint interviews with some of the women now occupying board positions revealed even they believe that Indian companies needed to move beyond token appointments, expand the mid-management female workforce and work harder to provide equal opportunity.

“This is just the beginning,” said Pallavi Shroff, a director on the board of automobile manufacturer Maruti Suzuki India Ltd and partner, Amarchand & Mangaldas & Suresh A Shroff and Co, India’s largest law firm. “I hope this does not stop at tokenism.”

Appointing just one female member to a company board is tokenism, said Neharika Vora, an independent director on the board of Zee TV. Companies need to nominate two or three women directors, if not more, she said.

“Only then will we see any significant difference,” said Vora, a professor in organizational behavior at the Indian Institute of Management, Ahmedabad.

Shroff said that companies have not “looked deep enough” to bring real diversity to their boards. This may explain why familiar names from the financial sector find themselves being offered memberships on multiple boards.

This is not surprising, said Rekha Sethi, a director on the board of Sun Pharmaceutical Industries. Women in finance have had a level playing field and excelled.

It could also be that non-financial companies appoint directors from the financial sector to avoid conflicts of interest.

“The core sector (infrastructure, mining, energy) is the ultimate frontier for women, as it involves working away from metros and in harsh conditions,” said Sethi. “However, it is a matter of time before some spunky women cross that barrier too.”

The attempt to create gender diversity, women directors said, must go beyond company boards and extend across the workforce, if the representation of women across corporate India is to improve. That may not be quite as easy as a SEBI order.

The larger problem: Women dropout of the workforce

When it comes to women in middle-management—and, indeed, in the workforce at large—India occupies one of the lowest rungs among Asian countries.

At the entry level, women account for 29% of the workforce, but this drops to 9% at the mid-to-senior management level, according to a 2012 report from the consultancy McKinsey.

At the level of Indian chief executives, less than 1% are women, said the report.

“I would like to see more female representation coming in at not just the top-management level but also the middle-management level,” said Falguni Nayar, director on the board of ACC Ltd, a cement-manufacturing company. Nayar has spent nearly two decades with Kotak Investment Bank and is the founder and CEO of Nykaa.com, a personal care portal, suggested expansion of company boards to ensure more female representation.

The prime reasons that Indian women tend to drop out between entry and mid-management is marriage and children, said Shroff. “Each company needs to address issues that hamper the process for a female employee to re-join and start a second stint, at every level of management,” she added.

The double burden of a job and family is often too many for women to bear, especially since most Indian men do not help at home, as various studies have shown.

Ensuring diversity through the ranks is the real issue, said Shriram Subramanian, founder and managing director of Ingovern Research Services. “Else it becomes a tickbox activity due to a regulatory push,” he said. That cannot happen unless companies realise the business case for increasing women in the workplace—studies have shown that India’s GDP could be higher if more women work.

India’s female labour participation rate is 35%, one of the world’s lowest, said the McKinsey report quoted earlier. “If there were enough women coming through the ranks, the quota (of one director) may become redundant,” said Sethi.

(Bhandari is an analyst, writing for IndiaSpend. Pillay is a reporter with Mint. This story has been done in collaboration with Mint, one of India's leading business newspapers)