Why India Has World's Most Stillborn Babies 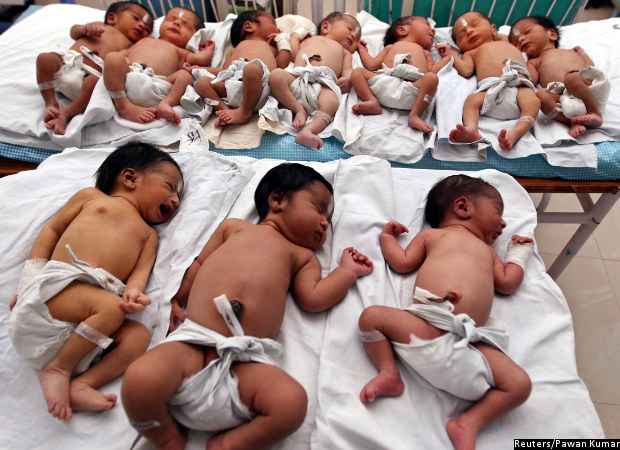 Newly born babies rest inside a ward at a hospital in the northern Indian city of Lucknow.

Nagapura, Hunsur district (Karnataka): Her pale, yellow eyes stood out against her dusky skin, and the grief was visible on the face of the young woman from a tribe of traditional honey gatherers living on the edge of south Karnataka's Nagarhole National Park.

Shanta (she uses only one name) recounted how her baby, a boy, was born dead. When she felt labour pains, she travelled by autorickshaw 20 km to the nearest district hospital at Hunsur, where they told her the baby had died in her womb, two days ago. Shanta--in her mid 20s--was diagnosed with gestational diabetes, a condition that endangers the baby if the mother is not diagnosed and treated.

Such deaths are common in Nagapura, whose women report more than 50 deaths over a decade, although there are no records. A bony woman called Ambika, also in her mid 20s, saw her baby born dead--a stillbirth in medical parlance--as a midwife and her mother-in-law attended to her. 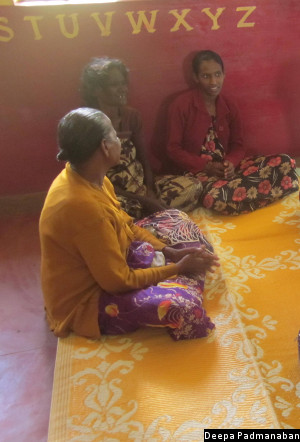 Ambika saw her baby born dead as a midwife and her mother-in-law attended to her.

When Bhavna Niranjankumar, a doctor with Mysore's Public Health Research Institute of India (PHRII), an NGO, asked Ambika why she didn't go to the hospital for the delivery, she replied: "It happened very quickly."

Ambika and Shanta are Jenu Korubas (literally, honey shepherds). Like Ambika, most women of the tribe give birth at home. Their dead-at-birth babies are part of the 592,000 stillborns in India, the largest of any country in 2015, according to research published last month by the Lancet, a global medical journal.

A stillbirth is a "baby born with no signs of life at or after 28 weeks' gestation", according to the World Health Organisation.

Among the risk factors: Lack of timely and quality antenatal monitoring and care; non-communicable diseases, such as hypertension and diabetes; nutritional factors, such as maternal anemia; biomedical factors, such as congenital abnormalities, infections, and lifestyle; environmental factors, such as drinking and smoking; and social determinants, including poverty, transportation and general living conditions.

Disadvantaged women are twice at risk of having stillbirths, the Lancet study said, a factor evident in Nagapura and across India.

Among the reasons that makes Jenu Koruba women shy away from organised healthcare is--they complained--the discrimination they feel at health clinics, both government and NGO. They are made to wait for hours, and physicians often refuse to touch them, they said.

"When I went to the district hospital for the 20-week scan, no one attended to me," Shanta told IndiaSpend. "I waited for more than two hours, no one called me and so I came back without getting a scan." 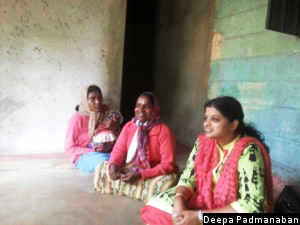 When Shanta (centre) felt labour pains, she travelled by autorickshaw 20 km to the nearest district hospital at Hunsur, where they told her the baby had died in her womb, two days ago. She is seen here with Dr. Bhavna Niranjankumar (right).

For a people without public transportation, traveling to a hospital 20 km away is not easy, and to make the journey, they rely on husbands, who are often away at work in the neighbouring hill district of Kodagu, where they work as daily wage labourers on coffee plantations.

Most people in Nagapura are illiterate, unaware of health needs--yet, Shanta made the journey to Hunsur--and many of them, having earlier lived inside forests, rely on traditional medicine.

Over the last few years, NGOS, such as PHRII, and government workers have run health camps for pregnant and post-natal women and infants, handing out information on maternal and child health, and have encouraged tribal women to be regularly checked at primary health centres. They don't come though, and when they do, the discrimination does not help.

The women are also highly anaemic, said Niranjankumar, but they do not take the iron supplements given to them. Asked why, the women smiled sheepishly. Doctors speculate they are not used to taking tablets.

Stillbirths are reducing across India, but there are still too many.

The "Every Newborn Action Plan", explained in the Lancet study, aims to bring the global stillbirth rate to 12 or lower per 1,000 births by 2030 (India in 2014 adopted the India Newborn Action Plan with the aim to reach a single-digit stillbirth target). That will require empowered women, better healthcare and progress checks.

The dividends are obvious.

Indian states that focused on maternal healthcare also had healthier children, IndiaSpend recently reported. Programmes such as the Janani Suraksha Yojana (JSY), launched in 2005 to ensure safe motherhood, successfully offer cash incentives to encourage institutional deliveries, the rate of which--to all deliveries--increased from 56.7% in 2006-07 to 78.5% in 2010-11, according to government data.

Karnataka had 94% institutional deliveries according to data released recently by the National Family Health Survey. Uttarakhand and Meghalaya were the worst, with 61% and 58.4% respectively. The rest were home deliveries, most without trained-health-worker supervision and possibly in unhygienic conditions. The reported reasons for home delivery were convenience, fear of stitches, unavailability of transportation and the inability to afford hospitals.

JSY beneficiaries, since it launched a decade ago, increased from 0.74 million to 10.4 million in 2014-15. But this government review revealed that only 15% of JSY institutions were equipped to deal with institutional deliveries.