Why Congress & BJP Need Allies To Form A Govt 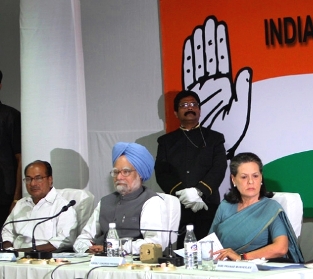 Okay, we are not saying anything new. And yet you have to admit that the electoral numbers almost seem to have a new twist each time you revisit them.

Coalition governments have been the name of the game for nearly two decades. Starting 1996, no major political party has been able to form a Government at the Centre without the support of allies.

And the story is expected to be repeated in the upcoming Parliamentary elections in May 2014 where the United Progressive Alliance (UPA) led by the Congress Party will fight to come back for a third term.

We revisited the data on vote share, seats won and alliances formed by the two major political parties of India – Indian National Congress (INC) and the Bharatiya Janata Party (BJP) - since 1992.

What you might remember is that the Congress won the maximum seats (206) in the last Lok Sabha polls. But did the majority vote for the Congress? The answer is no.

Here are the numbers:

For rival BJP, the story is weaker. It could get only 19% of the vote polled and had the support of only 11% of total eligible voters.

Now, how have these parties fared over the last five general elections.. and this is where it gets a little more interesting.

So, the vote share for the Congress has dropped from over 49% in the 1992 general elections to 28% in the last elections. BJP, on the other hand, has seen its vote share go up marginally from 16% to 18%.

The 1999 election is an interesting study. BJP had a vote share of only 24% as against 28% for the Congress. But BJP won 182 seats as against 114 by the Congress, and ran the coalition National Democratic Alliance (NDA) Government with allies like Shiv Sena and others for five years till 2004.

Now, let us now look at state-based parties and their performances in the 2009 elections:

The arithmetic may change somewhat or not. In Tamil Nadu, for instance, based on historical patterns, the winner in the state will secure the maximum number of seats in any given state in the 2014 Lok Sabha elections. And Tamil Nadu Chief Minister Jayalalithaa’s aspirations to be the Prime Minister seem entirely logical.

So, alliances will matter again for both the UPA and the NDA in the coming elections.