Why 92% Thefts In Indian Metros Are Not Reported 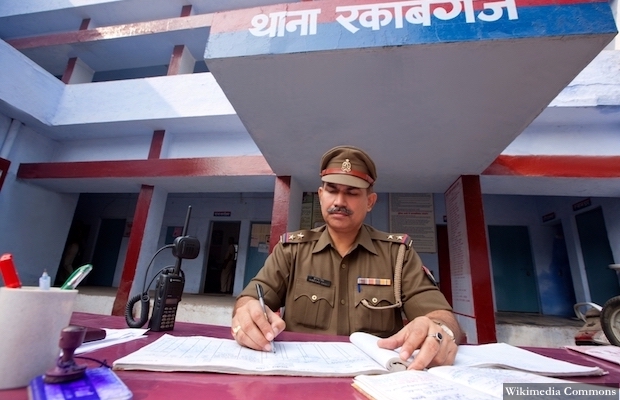 Only 6-8% of victims of theft in four major Indian cities lodged a first information report (FIR) with the police, according to a new study. The remaining 92-94% are not reflected in any official record.

Why does this happen? There are two reasons, according to the Safety Trends and Reporting of Crime (SATARC) survey conducted by a Mumbai based think-tank, IDFC Institute. One, because victims themselves refrained from approaching the police in certain cases. Two, because the police did not register the case for various reasons.

The survey covered 20,597 households in Mumbai, Delhi, Bengaluru and Chennai. It looked at the incidence of crime in these cities, people’s experience of interacting with the police there and popular perceptions about safety. The crimes included theft, assault, harassment, house break-in, criminal intimidation, unnatural death and missing persons.

The study found that 8% of Delhi’s citizens had been victims of theft. This is the highest among the four cities. Of these victims, 45% approached the police to report the incident and only 16% of them managed to file an FIR.

This article is the first in a two-part series on crime and safety in India. It explores incidence of crime and public perceptions of safety and policing. The first part deals with registration of crime, the preliminary interface between people and the criminal justice system.

Official crime records, curated by the National Crime Records Bureau (NCRB), only account for registered crimes. Official statistics are not an accurate or adequate measure of crime. This has been argued elsewhere by criminologists and experts.

Not registering crime stymies the process of justice because it shuts out the victim and allows the criminal to get away. It also affects the poor and marginalised more because they cannot access private modes of security and are solely dependent on the state police machinery for protection.

Crime registration, mandatory under Indian law, is important for the police to effectively target and prevent crime.

Why do people not report thefts?

Respondents in different cities cited varied reasons for not approaching the police to report a theft. In Delhi, 30% of respondents felt that the police would not entertain their complaint; in Mumbai, 35% didn’t think the incident was serious enough; in Chennai, 51% mentioned lack of evidence; and in Bengaluru, 35% didn’t want to get tangled in police/court procedures.

The survey does not delve into why the FIRs were not registered by the police. It is also important to note that in certain cases the police may have had legitimate reasons for turning away a complainant.

However, there may be various other reasons for the non-reporting of crimes: human and technical resource crunch faced by the police, lack of public support, political interference and the lack of police accountability towards citizens.

‘Burking’ or not registering cases is widely prevalent in the police machinery today, as noted by committee reports and members of the police itself.

Keeping a lid on the real crime rate

Under the Criminal Procedure Code (CrPC), police officers have discretionary power to decide whether a case should be registered. It does not help that most victims do not understand the legalese associated with the process of filing a report. This puts them at the mercy of officers who will ultimately record the FIR and file the chargesheet.

Since FIRs determine all subsequent police action, these two factors -- the discretionary power with the police to decide on case registration and the citizen’s dependence on officers for help with filing a report -- have a substantial impact upon the institution of policing and criminal justice.

Studies posit that the less serious the offence, the more suppressed the official numbers of incidence. For example, the degree of suppression of cases was higher for offences like theft, crime against women, and crime against person involving simple hurt and wrongful restraint, compared to certain major offences including murder, dacoity, robbery and burglary.

Non-registration of crime is directly linked to the performance and evaluation of the police force. Presently, crime statistics, that is, the number of registered crime and the outcome of registered crime, determine police performance. Research shows that, since police performance is evaluated in terms of the rise and fall in crime rates, fewer crimes are recorded and many are minimised in terms of the seriousness of the charge.

Victimisation surveys can be a useful tool to complement these crime statistics, by capturing the true extent of crime. But the challenge doesn't end there -- the need is to also overhaul traditional ways of policing and evaluate police performance.

(Durani and Sinha, are, respectively, associate and assistant director at IDFC Institute, a Mumbai based think-thank.)

This is the first article in a two-part series on crime and safety in India.

Next: Why 87% Of Delhi Homes Start Worrying If Women Are Not Home By 9pm