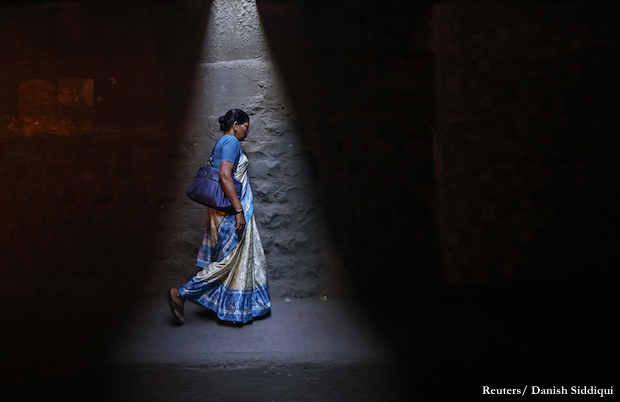 About 51% of people in Delhi, India’s capital city, feel that crime is a serious problem in their neighbourhood, according to a recent survey titled ‘Safety Trends and Reporting of Crime’ (SATARC). The percentages were lower in Mumbai (16%), Chennai (5%) and Bengaluru (21%).

The National Crime Records Bureau (NCRB) provides information on crime recorded by the police but there is no data source to gauge if people perceive their neighbourhoods to be safe or not. To gather this data, IDFC Institute conducted a survey of 20,597 households across Mumbai, Delhi, Bengaluru and Chennai.

This second and final article, in a two-part series on crime and safety in India (the first part is here) based on this survey, looks at households’ perceptions of safety in the four cities and behavioural changes they may have adopted to keep themselves safe. Respondents were also asked if they had been victims of any crime in the past year and about their views on the police.

As a result of their poor sense of safety, 87% of people in Delhi start worrying by 9pm if a female member of the household is out alone. The percentages for other cities, for the same time of the night, are 54% in Bengaluru, 48% in Chennai and 30% in Mumbai.

In Delhi, only 1% of respondents said they do not worry if a female member of the household is out any time of the day. In Chennai and Bengaluru, more people are comfortable with the idea - 8% each. Mumbai tops the list with 13% expressing no anxiety.

How our cities cope with safety fears

The survey also assesses adaptive behaviours of respondents across the four cities. Delhi fares poorly across the spectrum. Chennai stands out as being perceived to be safe, by both men and women, which is congruent with lower crime rates (Refer to our article on underreporting dated 27th September, 2017). Surprisingly, the adaptive behaviours of both, men and women, don’t vary much. The table below provides data at a consolidated level for male and female respondents.

More often than not, such precautionary behaviour is not questioned in our society. Adaptive behaviour becomes a part of life but it is a burden on individuals and imposes significant costs on households.

These precautions are unnecessary in cities with a sound law and order system. In extreme cases, people who fear crime may opt to stay at home or not take up jobs that need travel after dusk.

Families or employers who want a safe environment for their female members or employees may be forced to provide transport for them in certain areas and at certain times of the day. These behavioral changes must be addressed because citizens of a free society deserve to be free in fact and not just in law.

Public safety and security deeply influence the quality of life and economic prosperity of citizens. They are the primary outcomes of sound law and order. But our understanding of safety perceptions is limited because it is driven largely by anecdotal evidence rather than a cohesive set of data.

In the absence of direct data on safety, crime rate is often viewed as a proxy to gauge safety standards. However, it’s important to acknowledge that a low rate of crime does not necessarily imply a high sense of safety. If citizens fear robbery or a rape, for example, they may not venture out at night. The robbery or rape may never happen but that is only because people are cowering at home instead of living freely.

The costs of avoiding crime may be one reason that official records show a low crime rate, yet Indians consider crime to be one of the most serious problems in the country, on par with unemployment, corruption and terrorism, as other studies have indicated.

Surveys like SATARC also help the police by providing a wealth of information within cities. Data can be collected for police zones or at the station level to make it a viable management tool.

Each city is different and what is true for Chennai may not be true for Mumbai. With data on crime and perceptions about safety and the police available at the city and zone level, we can better evaluate the police. The police can better customise strategies for each problem and location.

In order to be an effective tool, however, India needs an annual victimisation survey, institutionalised within the government and conducted on a large scale. Ultimately, maintaining law and order is the fundamental responsibility of the State and making use of surveys and other big data to do so is the way forward to peaceful and safe cities where citizens don’t fear the streets.

(Durani and Sinha are, respectively, associate and assistant director at IDFC Institute, a Mumbai based think-thank.)