The World Health Organization has questioned the accuracy of rapid antibody tests, which countries plan to deploy in the millions as they lift restrictions.

“We have no evidence that the use of a serological test can show that an individual is immune or is protected from reinfection,” Maria Van Kerkhove, COVID-19 technical lead at the WHO, said in Geneva yesterday, “It is a good thing that these tests are being developed and that they are available but we need to ensure that they are validated.”

Countries hoping to lift lockdowns and restrictions have been counting on conducting widespread serological testing that would screen an individual’s blood for antibodies against SARS-CoV-2, the virus that causes COVID-19, in theory proving that they are immune to the virus and are no longer a contagion risk for others.

Conducting these tests on large numbers of people have been seen as essential to allowing people to get back to work and restart stalled national economies.

However, the quality of tests--being rolled out by numerous companies in large numbers--and the strength of resistance that antibodies provide those once infected, are not yet clear.

This prompted the Indian authorities to clarify that serological antibody tests are only meant for surveillance, trend-checking and other epidemiological purposes, and not for early diagnosis, even as it said a million rapid antibody kits -- as well as RT-PCR kits -- would be indigenously manufactured each month by May 2020.

“There’s been an expectation that maybe herd immunity may have been achieved, the majority in society may already have developed antibodies,” said Michael Ryan, who is leading the WHO’s COVID-19 efforts. “I think the general evidence is pointing against that, so it may not solve the problem governments are trying to solve.”

In Japan, 1 out of 11.7 tests turn out to be positive, which is among the highest in the world

In India, 1 out of 24 tests come out to be positive

Not all people belong to vulnerable groups

The government has cited India’s low rate of positives to defray allegations of not testing enough. However, in the last four days, India’s rate of samples testing positive has increased from 3.24% to 4.64% yesterday, our analysis shows. 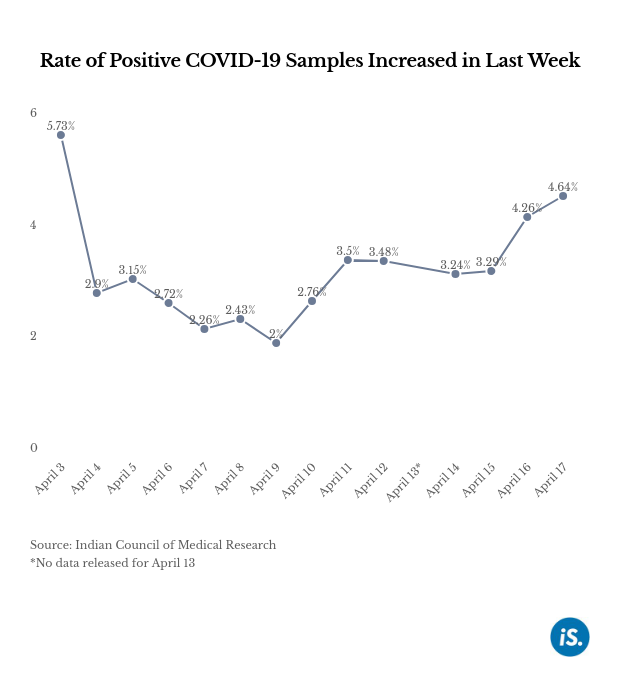 The 335,123 samples that India has tested comes to 248 per million people. This is fewer than other countries such as the US and the UK which are conducting 10,465 and 6,611 tests per million respectively. 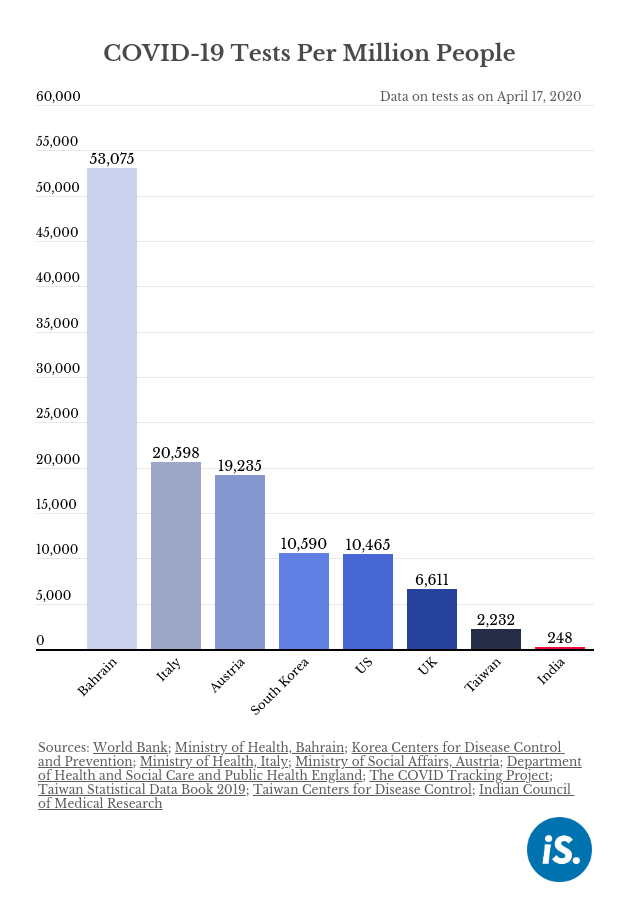