What The Railways Got Right: Safer Crossings 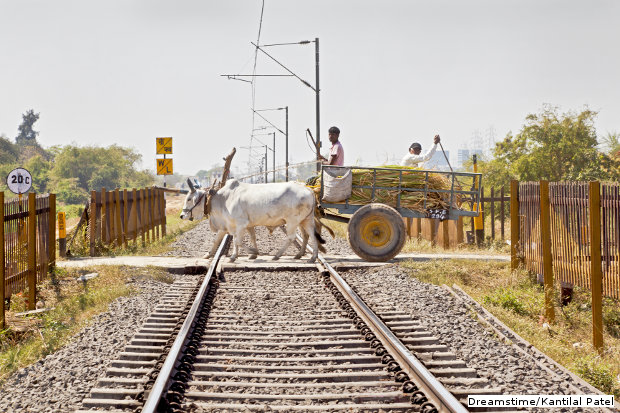 It's often criticised for being the world's most crowded, congested, slowest and dirtiest railway system, a mover of 23 million people every day that gets many things wrong.

But here's something Indian Railways is getting right: Making itself safer by spending more than Rs 4,000 crore ($645 million) and eliminating more than 4,450 unmanned level crossings - a notorious zone of bloody accidents - over three years.

The railways did this by building elevated roads or underpasses at these railways crossing, according to data released to Parliament last week by Manoj Sinha, minister of state for railways, in reply to a question posed by nearly 30 MPs (including those from Bharatiya Janata Party, Congress, Biju Janata Dal and five other parties).

The multi-partisan nature of the political interest in unmanned railway crossings could be because of the death and destruction that ensues at regular intervals at these crossings.

Many such accidents are unusually bloody because of the power of a train that slams into a bus, truck, car, motorcycle or bullock cart. Such accident sites are often witness to bodies reduced to fleshy pulp and vehicles crushed into mangled metal.

“When a train runs at 90 km/h, it takes 800 metres to stop (up to 1,200 metres depending on train weight and speed); a car stops within 70 metres.” That's what the International Union of Railways said while celebrating the International Level Crossing Awareness Day (ILCAD) last year.

“It is the endeavor of Railways to eliminate all unmanned level crossings by manning/ closure / merger and provision of subways/ RUBs based on the availability of funds,” the minister said in his reply to Parliament.

A look at the operations of the Indian Railways indicates why it is important to reduce contact between trains and other traffic at level crossings:

The last point is important because more than 400 people have died due to accidents at unmanned level crossings over the last four years.

Between 2011 and 2015, the state with the most unmanned level crossings removed was Uttar Pradesh, followed by Andhra Pradesh, West Bengal, Tamil Nadu and Karnataka:

IndiaSpend had previously reported that while train accidents were continuing, fewer people were dying. We also reported that 312 people died and 1,202 were injured between 2011-12 and June 2014.

“These figures do not include accidents at unmanned level crossings. Take those into account and the National Crime Records Bureau (NCRB), a division of the Home Ministry, reported 27,765 accidents just for 2013,” the report said.

A high-level safety review committee of the Indian Railways, chaired by Dr. Anil Kakodkar, former chairman of the Atomic Energy Commission, recommended in 2012 that all level crossings (manned and unmanned) should be eliminated over five years, at an estimated cost of Rs 50,000 crore ($8 billion).