What Message Will Work In Fractious Maharashtra? 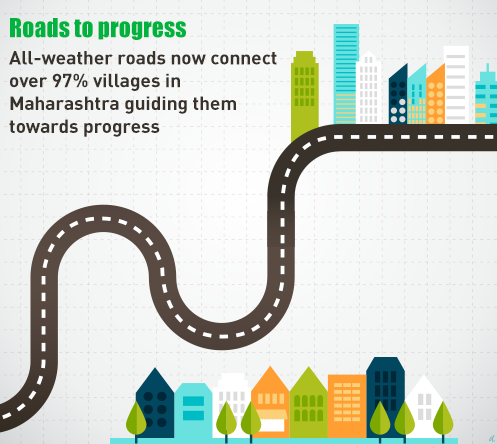 Housing. Education. Jobs. These are the three main issues that Maharashtra’s ruling Congress party is focussing on as India’s second-most populous and richest state prepares for elections to a new legislative assembly on October 15.

Farmers are also being promised crop surveillance, technology, weather alerts and export zones, as the alliance steps up election-eve propaganda to drive home the message that voters have benefitted from the Congress’s last 10 years in a coalition government.

The messages, posted before the Congress-Nationalist Congress Party (NCP) broke up this week, make no mention of the NCP, an indication that the Congress anticipated the breakup. The opposition alliance has also broken up, leaving the Maharashtra elections wide open for all sort of permutations and combinations.

The BJP does appear to be the frontrunner to emerge as the single largest party, according to a recent poll conducted by ABP News and Nielsen.

Thus far, the Congress has been predominant in Maharashtra: of 17 chief ministers since the state was created in 1960, 14 have been from the Congress. The three non-Congress governments were led by Sharad Pawar (1978-80) and the Shiv Sena, between 1995 and 1999 with Manohar Joshi and Narayan Rane as Chief Ministers.

None of that has prevented intense tussles over seats between the two alliances.

Between 1990 and 1995, the Congress lost more than 60 seats and never recovered them. The NCP, which emerged in 1999 after a row over leadership with the Congress, increased its tally to 62 seats in the 2009 polls.

The BJP has been more or less been steady in Maharashtra over the past five elections. While the Shiv Sena’s seat share also declined in the last elections, the MNS, which broke away from the Shiv Sena after a squabble in the Thackeray family, won 13 seats in the last polls. Dissensions have made Maharashtra an open field for multiple party players and coalition tussles.

In 2014, the Congress suffered its worst defeat since Independence, the culmination of a dwindling share of seats since the 1990s. The parliamentary elections have seen a similar decline.

Maharashtra has the highest gross domestic product (GDP) of any Indian state. In 2012-13, Maharashtra’s GDP was Rs 8.43 lakh crore, about 15% of India’s GDP. However, there are sharp variations between the most and the least developed regions of the state. While districts like Gadchiroli and Nandurbar have a GDP as low as Rs 3,000-4,000 crore, Mumbai has a GDP of Rs 1.9 lakh crore.

With the Congress decimated during recent parliamentary elections, will the messages that failed then work now?