What If India Follows The BRICS Path To Energy Consumption 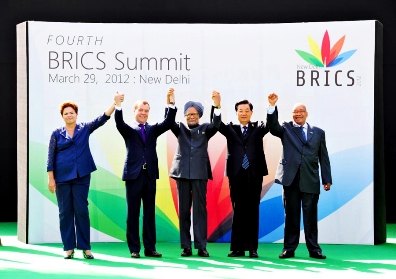 Indian Prime Minister Manmohan Singh said recently at the meeting of the council of ministers that “the growing gap between demand and supply of energy has emerged as a major constraint on our development.” And it is also a big factor in widening the trade & fiscal deficit, Mr Singh said.

IndiaSpend’s Sourjya Bhowmick surveyed India’s energy landscape and compared it with the BRICS (Brazil, Russia, India, China and South Africa) countries to find that India is way behind China and Russia in total energy production. 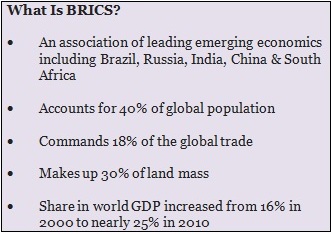 And yet, India has consumed more energy than it produced since 2000. IndiaSpend looks at how India stacks up against the other BRIC economies in trying to picture the road ahead, in terms of future energy requirements and the effect that might have, whether fiscally or for that matter, environmentally.

Unfortunately, no data is available for South Africa and the country has been omitted from the table.

Let us now look at the agricultural landscape in these countries:

China has more cereal production (around 500 million tonne) than India (around 225 million tonne) but with less area of cultivated land. IndiaSpend had earlier reported about how China leads India in agricultural productivity and the reasons for its achievements.

Let us now look at the output of important industrial products of these countries:

India is just behind China but well ahead of Brazil and Russia in the production of coal, natural gas and cement. However, India is far behind all other BRICS countries when it comes to the production of petroleum and iron ore.

As per media reports, the annual growth in eight core industries ( coal, crude oil, natural gas, refinery products , fertilizers, steel, cement and electricity) in India has more than doubled to 5.1% (highest in seven months) in September on account of the increased production in coal, cement and petroleum sectors.

Compared to other BRICS countries, India needs to increase production in the energy, petroleum and iron ore sectors. India is significantly behind China and Russia in these sectors.