What Does It Cost To Win An Olympic Medal? 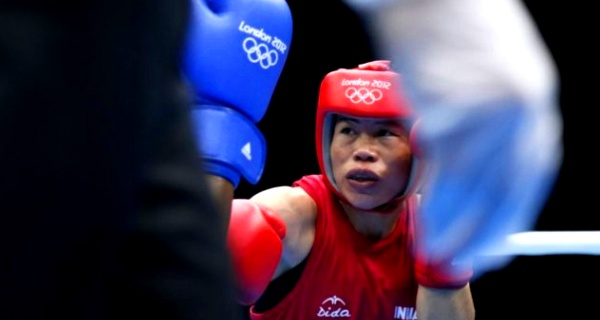 While India can be proud of the fact that it improved its medal tally at the London Olympics, could the score have been better had the Government committed more funds and resources? The logical answer is perhaps yes and as IndiaSpend’s Sourjya Bhowmick finds, the Sports Ministry appears to be making the best of a worst situation.

Now, as the London Olympics 2012 reaches its finale, India is set to finish with a tally of 6 medals and no golds. Incidentally, the Indian contingent had 82 participants (excluding the support staff and coaches).

Sports Minister Ajay Maken, in a written reply to the Rajya Sabha on August 9, 2012 said the government has spent Rs 142.43 crore for the London Olympics. We looked at the figures, event-wise, and came up with a slightly different figure: Rs 139.38 crore.

Here’s the total budget for the Ministry of Youth Affairs and Sports over the last 5 years;

The Sports Ministry also houses a public-private fund called the National Sports Development Fund (NSDF). As on December 2011, NSDF had a total corpus of Rs 90 crore. The fund comes from various sources like the Board of Control for Cricket in India (BCCI), Rai Foundation, Jaypee Sports International Limited and the state governments of Madhya Pradesh, Haryana and Maharashtra.

Out of the total Rs 90 crore, Rs 38 crore is contributed by the central government. The contributions of BCCI and Jaypee (as contribution for hosting Formula 1 Racing) stand at Rs 35 and Rs 10 crore, respectively. (We earlier wrote about how the NSDF has been holding back on spending). Till December 2011, NSDF spending has only been Rs 9 crore since inception in 1998.

NSDF is primarily aimed at providing assistance to sportspersons for their training. Let’s see who gets what:

The amount is distributed between 12-13 shooters each year. However, in 2011-12 and 2010-11, only four shooters got funding: Abhinav Bindra, Manavajit Singh Sandhu, Mansher Singh and Ronjan Sodhi. In all these four years, the four shooters seem to have got the maximum funding. Mansher Singh, who got a total of Rs 1.3 crore since 2008-2009, was not even a part of this year’s Olympics.

Vijay Kumar, who won a silver medal this time and immediately voiced his differences, never got any funding from NSDF. Same is the case with Joydeep Karmakar who finished a close 4th. Gagan Narang, who won a bronze, got Rs 11 lakh between 2008 and 2010.

In swimming, Rs 13 lakh was given to Sandeep Sejwal and Virdhawal Khade. Both the swimmers did not participate in the London Olympics. The lone swimmer who represented India in this Olympics, AP Gagan Ullalmath never received any funding from NSDF.

The athletics team of 8 sportspersons got Rs 1.1 crore in 2011-2012. Out of this, Rs 94 lakh was given to Om Prakash Singh Karhana, Vikas Gowda, Krishna Punia and Mayookha Johny. Other 4 athletes (Preeja Sreedhrana, Kavita Raut, O.P.Jaisha, and Sudha Singh) got Rs 18 lakh. Out of these four, only Sudha Singh was a part of the contingent this time.

Apart from spending on the training of sportspersons, funding is also provided to various organisations. Sports Authority of India (SAI) received Rs 5.8 crore from 2010-2012 and Rs 4.9 crore was given for the athletic track at Usha School of Athletics.

The Sports Authority of India ( SAI) which primarily aims at talent scouting at the micro level, training and international exposure, as of 2009-2010 had a total of 322 centres. There were 6,950 residential trainees and 7,950 non-residential trainees.

On the other hand, Rs 51.3 crore has been allotted by the Sports Ministry to 66 sports federations in India in the year 2011-12. A few examples of the Sports Federations are Indian Amateur Boxing Federation (Rs 3.10 crore) and Badminton Association of India (Rs 1.99 crore).

While the government support and financing may not be very encouraging, private bodies like Olympic Gold Quest ( OGQ), formed and supported by former sportspersons have taken up the challenge. They are based on contributions and have specific programmes called ‘power your champions’ aimed at providing foreign training, world-class equipment, medical and nutrition support.

Saina Nehwal’s Hong Kong trip in 2010 where she won the Hong Kong super series and rose to the number 2 ranking was completely funded by OGQ; Vikas Gowda’s training in the USA was also funded by OGQ. More than 30 sportspersons are presently being funded by OGC, and among them are the 4 medal winners of London Olympics.

Quite obviously, there cannot be a price on every medal or the winning of it. The figures however do highlight the low resource commitment to sporting fields where Indian sportsmen and women clearly have more than a fighting chance of a medal. Stepping up the funding – including by injecting some life into the NSDF – should be a priority.