What Car Not To Buy… (According To Mumbai Police) 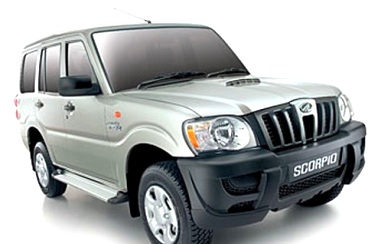 The next time you consider upgrading your set of wheels, you might want to keep this in mind, especially if you live in Mumbai. Data released by the Mumbai police shows that during 2011, carjackers took quite a fancy to sports utility vehicles (SUVs) with the Mahindra Scorpio being the most coveted followed by the Mahindra Bolero and the Chevrolet Tavera.

Another car that seemed to be quite in demand was the Chevrolet Tavera. About 67 cars were stolen in 2010 but there was a 58 per cent increase in 2011 where 106 cars were stolen.

Cab drivers in the city can breathe a sigh of relief. There was a 10 per cent decline in thefts in 2011 with 61 cars reported stolen as opposed to 68 that were reportedly stolen in 2010.

The graph shows the top five models of cars that have been popular with the carjackers in Mumbai in 2010 and 2011.