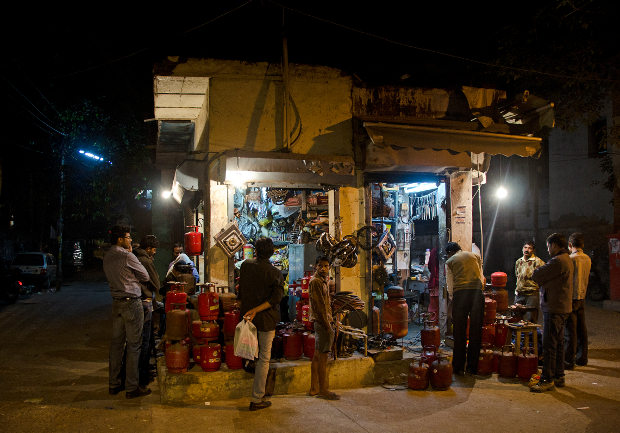 Subsidy programs in India have always been marred by corruption and irregularities.

The NDA government is now pushing for better targeting of the end recipients of other subsidies like food, fuel and fertiliser to avoid wastage and leakages.

Around one in 14 connections is a duplicate, or fake, which is nearly 7% of all connections across India, according to data released by the Ministry of Petroleum and Natural gas.

Uttar Pradesh tops the list with 1.87 million multiple connections, followed by Maharashtra at 1.35 million and Assam at 0.99 million.

The maximum number of blocked - fake connections shut down -- connections are with IOC (6.63 million). However, only 0.17 million connections have been surrendered/cancelled till March 1st, 2015.

A possible reason for this could be the fact that since the NDA government re-launched the direct benefit scheme in 2014, the process of tracking and subsequent cancellation of duplicate connections would take time and effort.

Although LPG gas connections have been made available to 75% of the population between 2009 and 2015 under the Rajiv Gandhi Gramin LPG Vitaran Yojana (Rajiv Gandhi LPG Rural Distribution Scheme), no more than 7% of the rural population uses LPG as of February 1, 2015, as IndiaSpend reported earlier.

Black marketing of LPG cylinders and irregularities are rampant, but in 2013-14, 29,837 checks were conducted, mostly across north India.