Weekly Wrap: What Modi Has To Say On Crimes Against Women In Uttar Pradesh 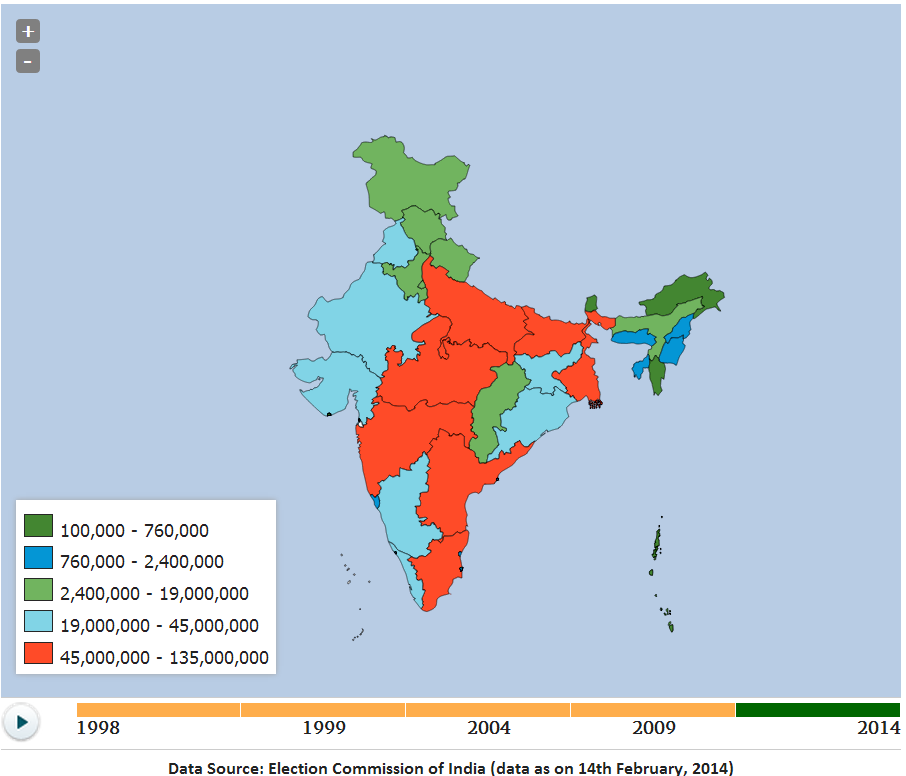 [Politics] The Mathematics Of The ‘Modi Wave’: The world’s largest democracy flaunting its democratic prowess every five years may seem like a grand spectacle of drama and emotion devoid of reason or rationale to the passive observer. However, there is ample evidence of cold logic with generous doses of calculated complex moves by the different players in the Indian national elections. Read More

[Elections] Record Nine-Phase Voting In India’s 2014 General Elections: The 16th Lok Sabha elections, associated with many firsts for the country, would be held from April 7 to May 12. The counting of votes for all the 543 Lok Sabha constituencies will be held on May 16. Read More

[Chart of the week] India Ranks 5th On The Global Rich List with 70 Billionaires: In India, Mumbai has the most number of billionaires at 33, an increase of 9 from last year. Read More

[Fact Check] Modi On Crimes Against Women In Uttar Pradesh: Gujarat Chief Minister and Bharatiya Janata Party’s Prime Ministerial candidate Narendra Modi, while launching an attack on the law and order situation in Uttar Pradesh under the Akhilesh Yadav Government, said: “There were over 20,000 cases of atrocities against women in UP alone”. Read More