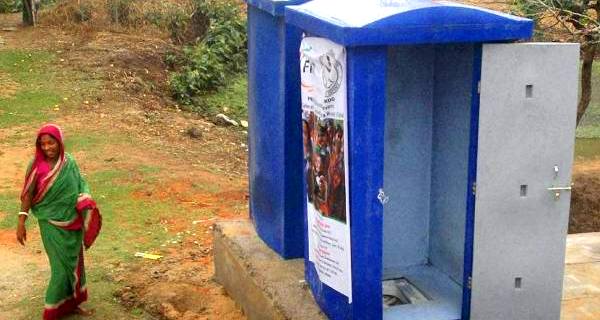 Highlights* Government has set target of full sanitation in rural India by 2022 under Nirmal Bharat Abhiyan.

* Country-wide utilisation of sanitation funds only 20% in the first half of the current financial year.

* Only 16% schools in India have functional toilets.

Jairam Ramesh, India’s Union Minister For Rural Development, caused a stir recently when he said there are more temples than toilets in India.

He made it worse (some argued) by saying toilets at a groom’s home should be a pre-condition for marriage! Needless to add, perhaps, Mr Ramesh has additional charge of the Ministry of Drinking Water & Sanitation.

IndiaSpend’s Sourjya Bhowmick finds that despite receiving the highest share of central funds for sanitation in the last 5 years, UP did not construct a single new toilet in the last six months in either Anganwadis or local community centres or schools. .. And UP clocked just 3% in individual household latrines.

Incidentally, as on September 2012, at an all-India level, under the NBA programme, there were only 17% homes with latrines and only 12% of Anganwadis had latrines.

The Government has set a target of full sanitation in rural India by 2022. The initiative to do this is known as Nirmal Bharat Abhiyan (NBA) rechristened, incidentally, from Total Sanitation Campaign. Under the NBA, individual household latrines are provided for identified households Below Poverty Line (BPL) and Above Poverty Line (APL) within a Gram Panchayat (GP).

Let us look at the amount of central funds released for the programme during the last five years:

The table highlights the states that received the highest and the lowest central share. The funding for the programme is shared by the centre and the states. The central share is 80% while the remaining 20% is borne by the states. Incidentally, in the case of individual household latrines, the household pays 16% out of the total cost of construction.

Now, let us look at the available funds and the utilisation percentage of these states for the financial year 2012-13 as on September 2012:

Assam has the best utilisation percentage among all states followed by Uttar Pradesh. Incidentally, UP has been getting the most funds. Orissa is doing the worst in utilisation at this point. However, country-wide utilisation of funds stands at 20% in the first half of the financial year. It can safely be assumed that full utilisation for this block of funds may not be possible this year.

Table 3 gives an idea about the progress made in the domains of individual household latrines:

(in numbers; *Kerala has no target; source: tsc.gov.in)

Table 4 gives an idea about the progress made in Anganwadi toilets:

Uttar Pradesh, Bihar, Assam and Madhya Pradesh are performing badly on toilet constructions in Angandwadis. Himachal Pradesh, one of the lowest funded states, is also not doing well. Punjab, on the other hand, is doing well and looks like they will meet the target.

Another important factor in the Nirmal Bharat Abhiyan is the construction of school toilets. Incidentally, news reports quoted Mr Ramesh saying recently that March 2013 should be the target to ensure that all schools have proper working toilets. Let us take a look at the progress as of now:

Uttar Pradesh, Himachal Pradesh and Assam are the worst performers. Punjab and Kerala, on the other hand, are doing well. However, the overall achievement percentage stands at only 16%. Thus, the target of toilets in all schools by March 2013 will mean that 84% schools will have to be covered in just 5 months!