Poverty, Lack of Safety Lead Families To Marry 2 In 5 Girls In UP's Lalitpur Before They Turn 18

In Uttar Pradesh, Lalitpur has the second-highest proportion of women, 20-24 years, who were married before they turned 18

Lalitpur: When 15-year-old Sapna* was married in May 2021, her father, Shankar*, was a relieved man. He now only had his younger daughter, Jyoti*, to 'worry' about, he told IndiaSpend.

A month later, the family, who live in Lalitpur district in Uttar Pradesh's parched Bundelkhand region, went to Sapna's brother-in-law's wedding. This was the day that changed Jyoti's life. The brother-in-law's wedding broke off, and Sapna's father-in-law woke Shankar up in the middle of the night, crying, pleading for Shankar's help. He asked Shankar for Jyoti's hand in marriage to save his reputation. Shankar, inebriated, eventually gave in, he said. Until the moment of the wedding, 11-year-old Jyoti knew nothing about it, Jyoti said.

Why child marriages are common in Lalitpur

There are many reasons behind child marriages in Lalitpur, including illiteracy, poverty, lack of awareness about the impacts of child marriage, and employment-related migration.

"In this region, child marriages are common in households that fall in the Scheduled Caste (SC) and Scheduled Tribes (ST) category and among the Sahariya tribes," Deepali Pateriya, who is a project director at CHILDLINE in Lalitpur, told IndiaSpend. "These are poor people who often have to migrate in search of work, leaving their families behind. They worry about their daughters [and their safety], and hence they get them married at an early age so that they can start living with their in-laws." 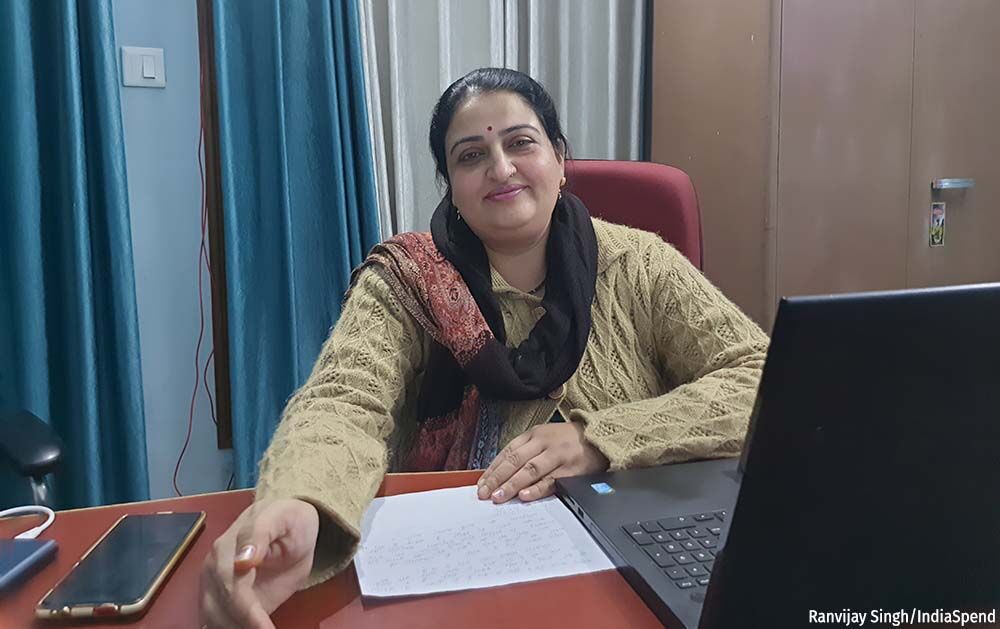 Early marriage also protects daughters of those from vulnerable castes from strongmen and people from the upper caste, Pateriya said. "A fear prevails in these villages that their daughters might face harassment, which is why they get them married at a young age. It does not matter to them how old the daughters are, but they feel marriage is a solution to this problem."

Villagers in Balabehat village in Lalitpur agreed. Nearly 60 families belonging to the Sahariya tribe live here. Bhagirath Sahariya, 40, got his daughter married three years back when she was 17. He said: "We often have to migrate for work. How can we leave our young daughters behind? Hence we marry them off."

"We feel our girls are not safe. Most of the girls get married by 15-16 years," added Dhansarani Sahariya, another resident. "We feel relieved when our daughters go away to their in-laws' house."

Apart from migration and the fear of harassment, parents are also concerned about dowry. "When a boy starts earning, the family demands more dowry," said Rajiv Ahirvar, who works with Jan Sahas, an NGO working to stop child marriages. "Because most people living in the region struggle financially, they marry their daughters young so that they don't have to give a lot of dowry."

In Jyoti and Sapna's case, CHILDLINE, an NGO that works on issues of child abuse, child trafficking and child marriage, intervened and convinced their parents that they should send their daughters to live with their husbands at their in-laws' place only after they turn 18. Sapna is currently in grade X and wants to finish school, but once in a while, her parents-in-law pressure her to come back sooner, her parents said. 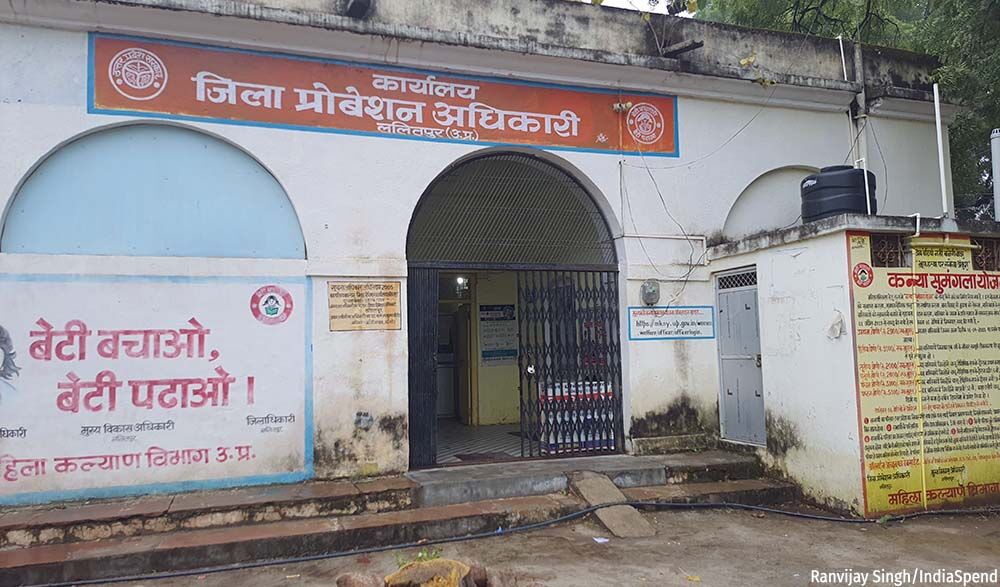 Often, when CHILDLINE receives information about a child marriage, it is already too late to stop it. Or, they do not get support from the local administration or villagers to help stop the marriage, they told IndiaSpend.

Between 2019 and 2021, CHILDLINE workers in Lalitpur intervened in 12 child marriages. While two marriages had already taken place, six marriages were stopped, and four marriages were called off.

For the administration, child marriages in Lalitpur are now under control and the data in the public domain are too old to show the true picture, said District Probation Officer Surendra Kumar Patel. The latest data, which this article uses, are from India's National Family Health Survey, conducted between 2020 and 2021 in Lalitpur.

"The government has initiated many schemes for the education of girls and to stop child marriages. Criminal proceedings were initiated in some cases due to which we have not come across any child marriage case in the past two years," said Patel. He did not provide IndiaSpend with data on the number of cases of child marriage where the administration had intervened and filed criminal cases.

A bill introduced in December 2021 in the Parliament, asks that the 2006 law against child marriage be amended to increase the age of marriage of women from 18 to 21 years.

When we asked Patel to comment on the impact this bill may have on child marriages, he said that they had not received any such directive yet from the government and would form a strategy once the rules were changed.

Women's age at marriage should not be increased through amending laws, which have demonstrably failed to prevent child marriage, but through practical ways like increasing girls' access to education, giving them marketable skills and ensuring they get jobs, Poonam Muttreja, executive director of the Population Foundation of India, told IndiaSpend in February 2022.

Child marriages could mean that women end up having more children than they would have if they married later. They are also more prone to anaemia and their children to malnourishment, experts say.

"Many 17- to 18-year-old married girls come to us. We tell them to wait for a few years before having children. Three-four times a month, we have to deal with girls, not more than 17-18, who are already pregnant," said Rashmi Srivastava, a counsellor at the Adolescent Health Clinic at the Lalitpur district hospital. "We make them understand that it is important to keep a gap between the first child and the second." 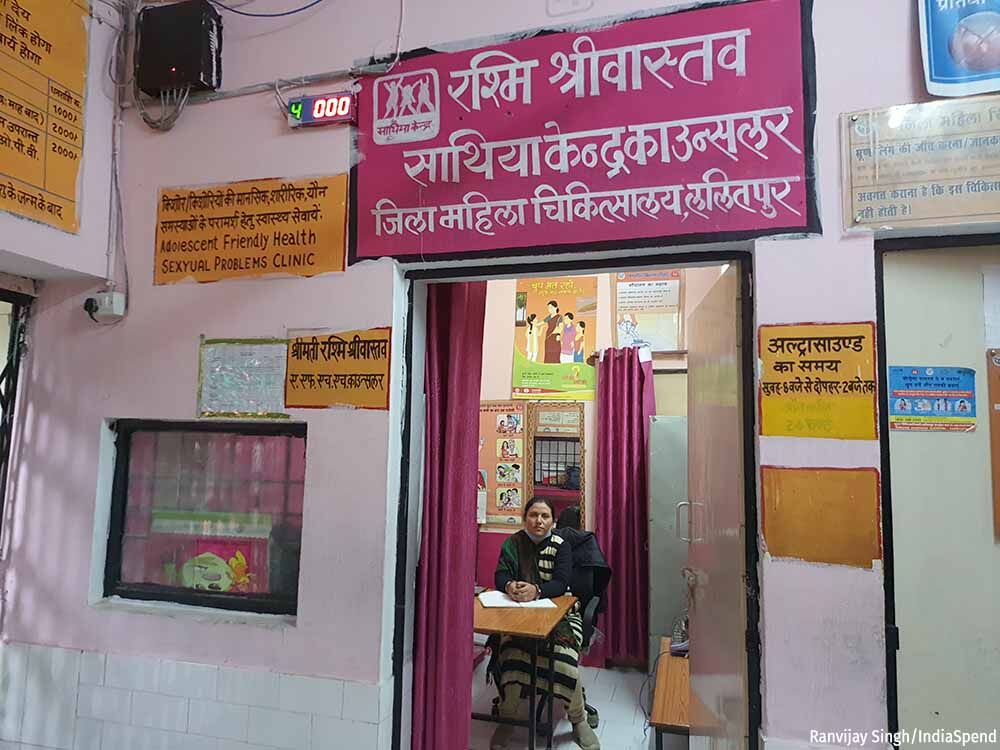 The Adolescent Health Centres are run under the Rashtriya Kishor Swasthya Karyakram (RKSK). At these clinics, adolescent boys and girls are counselled on six issues, including nutrition, adolescent health, and reproduction. There are 346 such clinics in Uttar Pradesh. Of these, two are in Lalitpur.

Ranvijay Singh is a principal correspondent at IndiaSpend.